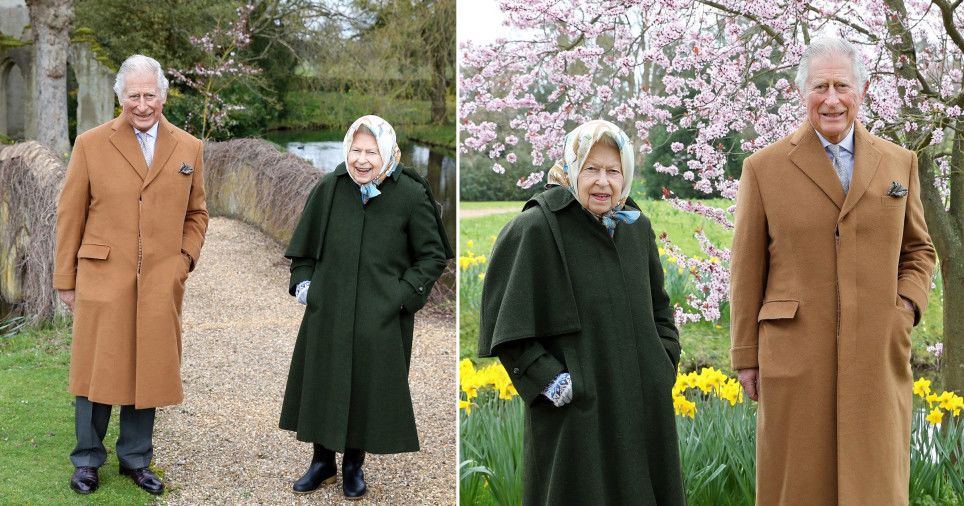 The Queen and her son Prince Charles have been pictured for the first time since Harry and Meghan’s explosive interview with Oprah Winfrey.

After an extremely turbulent period for The Firm, the pair seemed in good spirits as they took a stroll past the blossoms and daffodils in the garden of Frogmore House.

The Prince of Wales, 72, wore a tan coat, and the Queen, 94, wore a forest green coat with one of her signature headscarves as they posed for the camera on the monarch’s Windsor estate.

It comes as Buckingham Palace continues to deal with the fallout of Prince Harry and Meghan Markle’s explosive claims in their tell-all interview last month.

Among the shocking claims made by the Duke and Duchess of Sussex was that an unnamed member of the Royal Family raised ‘concerns’ about what colour their baby Archie’s skin would be.

Meghan, 39, also said she had suicidal thoughts as she struggled with the pressure of being a senior royal, and claimed she couldn’t get any help from Buckingham Palace. 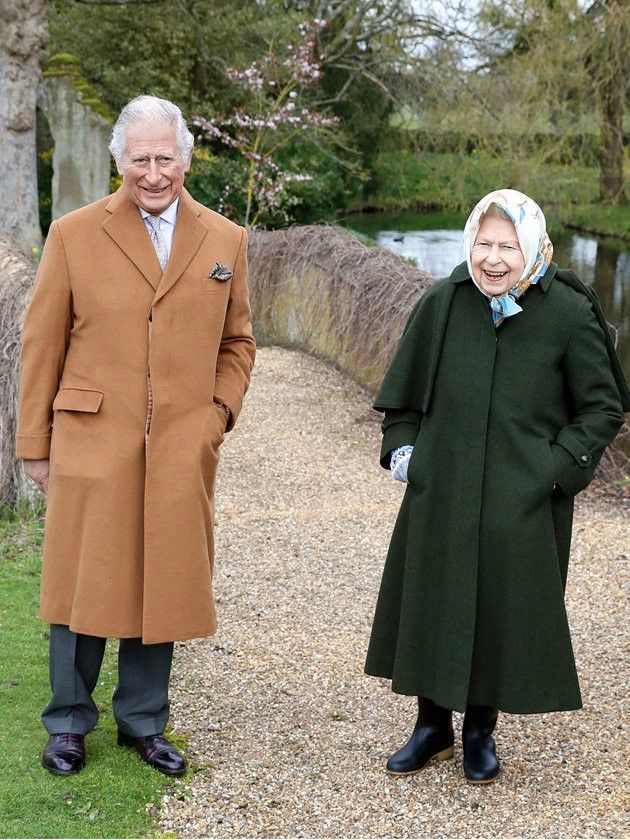 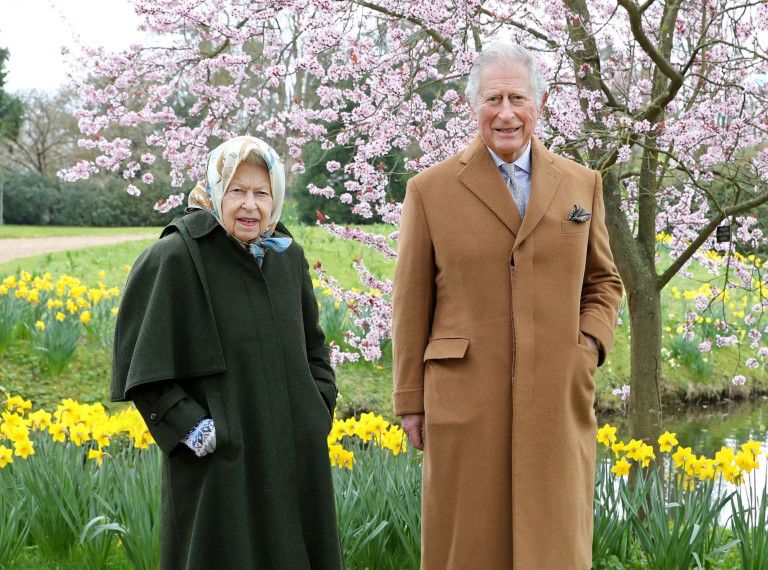 The pair walked through the 17th century garden of Frogmore House, Windsor

She also suggested Archie was not given the title of prince because he is mixed-race, something royal experts have disputed, saying he didn’t get this title due to a specific part of royal protocol.

Harry said his father Charles ‘stopped taking his calls’ after his move to the US and spoke of a deep rift between him and his brother William.

Meghan also said she received no help from the palace in shutting down rumours that she made Kate Middleton cry during a bridesmaid dress fitting, claiming it was actually the other way round.

Royal sources say Charles and William were both been a ‘constant source of support’ for the Queen while her husband Philip, 99, was recovering from heart surgery after a month-long stay in hospital.

It comes after the monarch stepped out of her Windsor Castle ‘bubble’ for the first time in five months after receiving her second Covid jab.

She wore a light green jacket and a spring-themed hat adorned with faux daffodils and orchids as she marked the centenary of the Royal Australian Air Force at the Commonwealth War Graves Commisson Air Forces Memorial in Runnymede, Surrey.