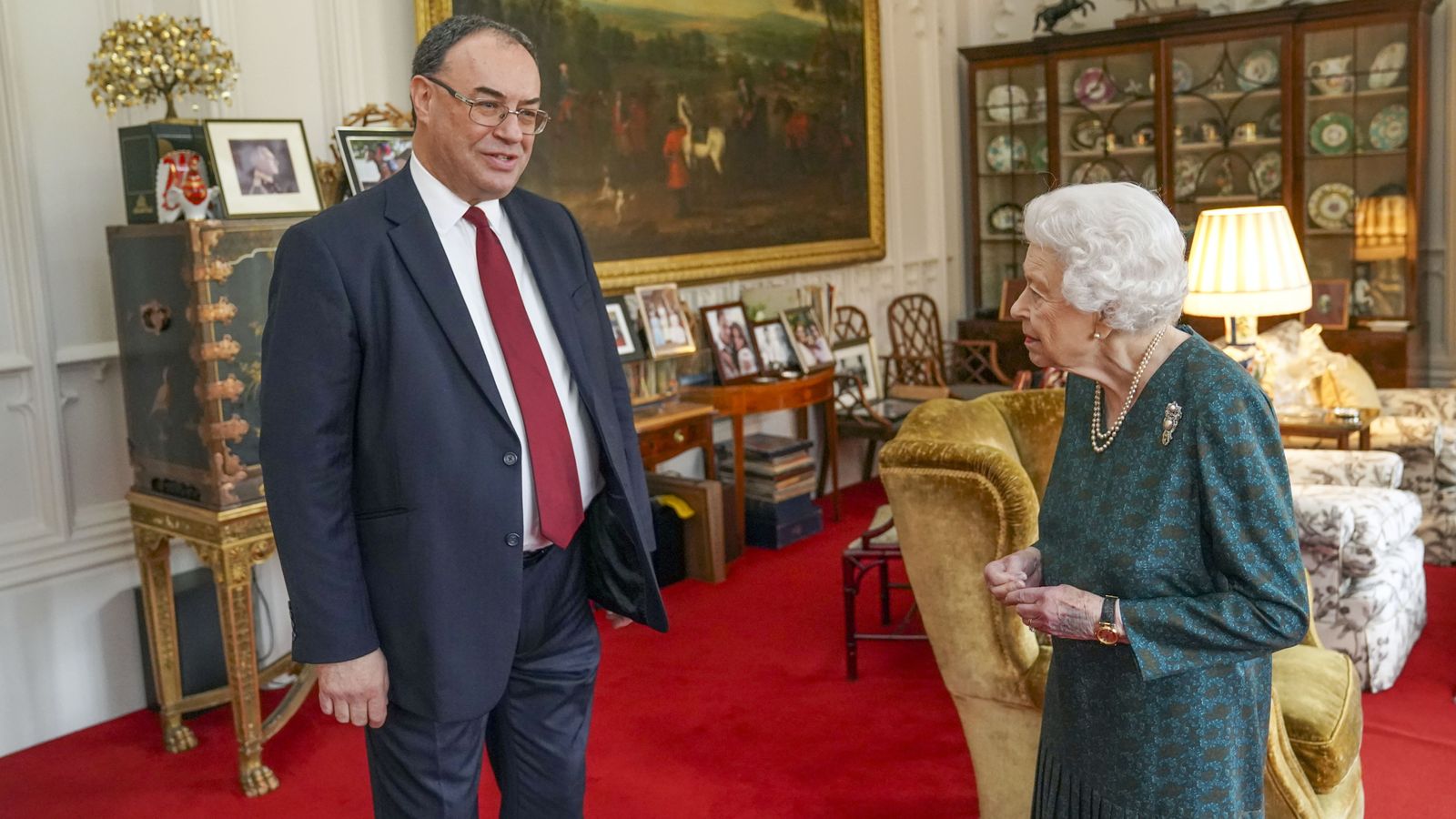 Andrew Bailey was invited to meet the Queen at Windsor Castle. Recently, there have been concerns over the monarch's health.

The Queen met with the governor of the Bank of England - her second in-person engagement this week.

The monarch, 95, held an audience with Andrew Bailey the day after she knighted her top royal physician, Professor Sir Huw Thomas, during a private ceremony.

The Queen and the head of the financial institution were pictured together at Windsor Castle, where several national figures have met the head of state this year. 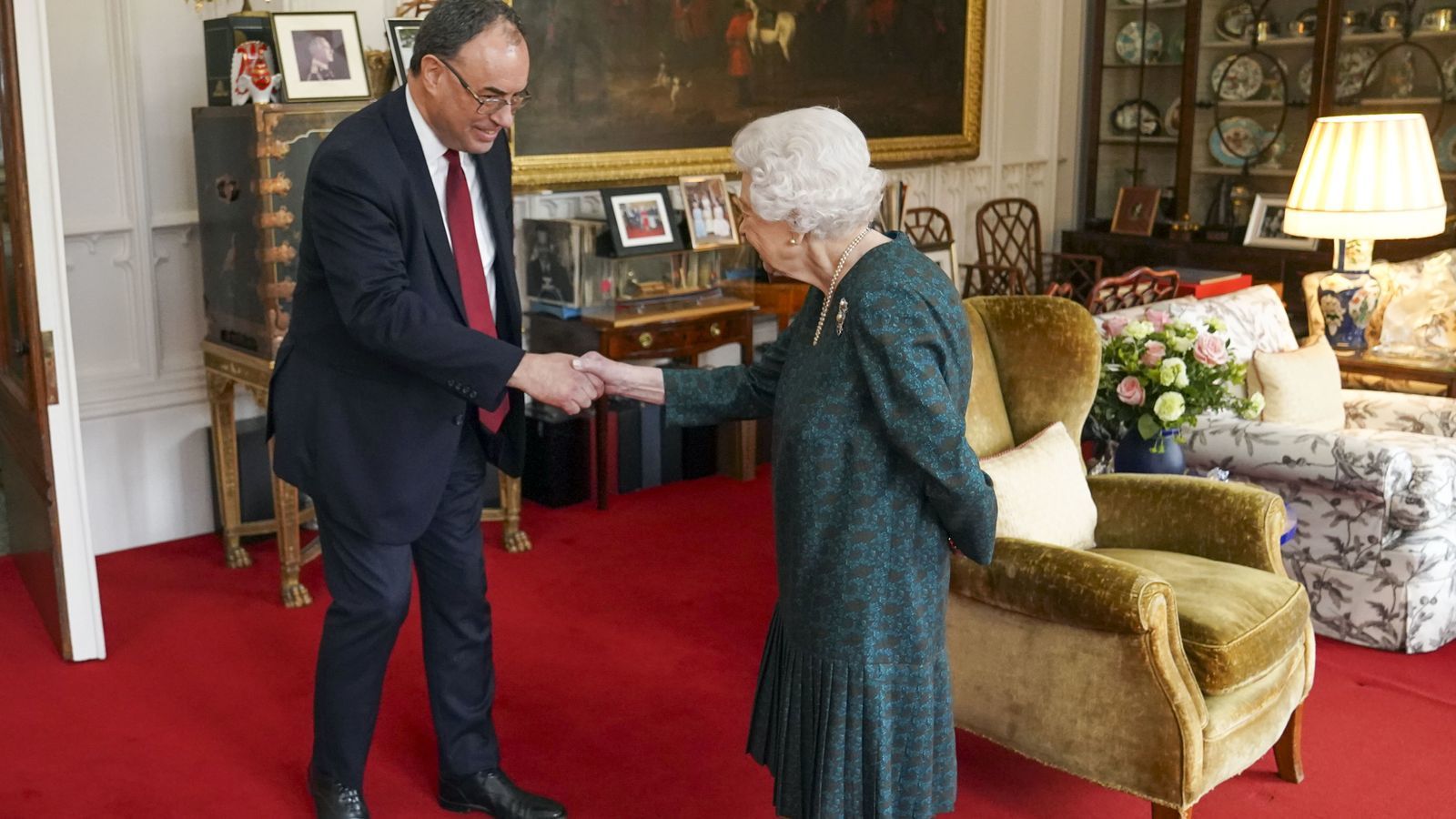 Recently, there have been concerns over Her Majesty's health, after she pulled out of a number of major engagements, spent a night in hospital and was ordered to rest by doctors.

Prof Sir Huw is likely to have advised the Queen to take things easy after she underwent "preliminary investigations" in King Edward VII's Hospital on 20 October.

The Queen has been carrying out light duties since and was seen out driving earlier this month.

But she also sprained her back, leading to her missing the Remembrance Sunday service.