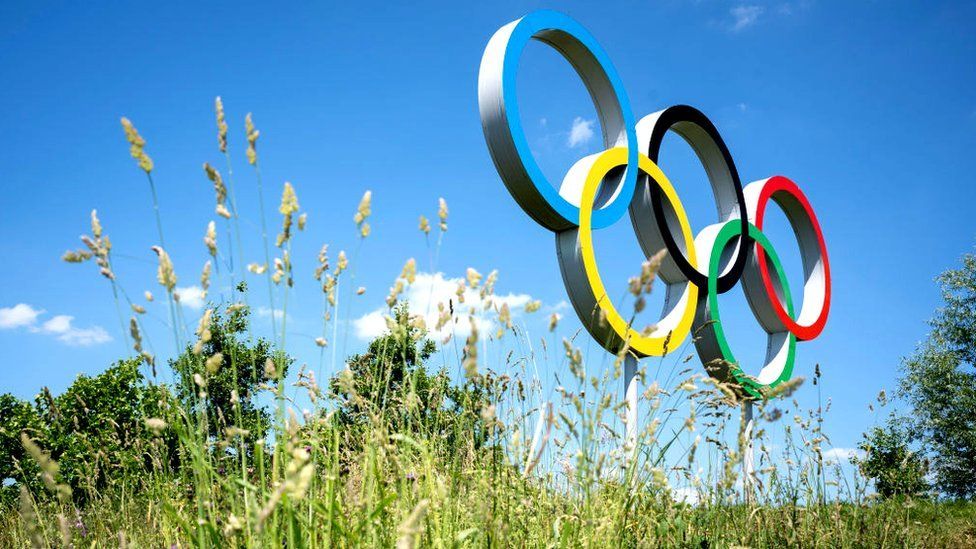 In an Olympic history strewn with white elephants, London looks set to create a genuinely impressive physical legacy out of the 2012 Games.

What was once a heavily polluted industrial wasteland, peppered with electricity pylons and invaded by Japanese knotweed, is now a tranquil landscape of wetland, woodland and wildflower meadows.

More than a million visits were made here in the year before Covid-19. 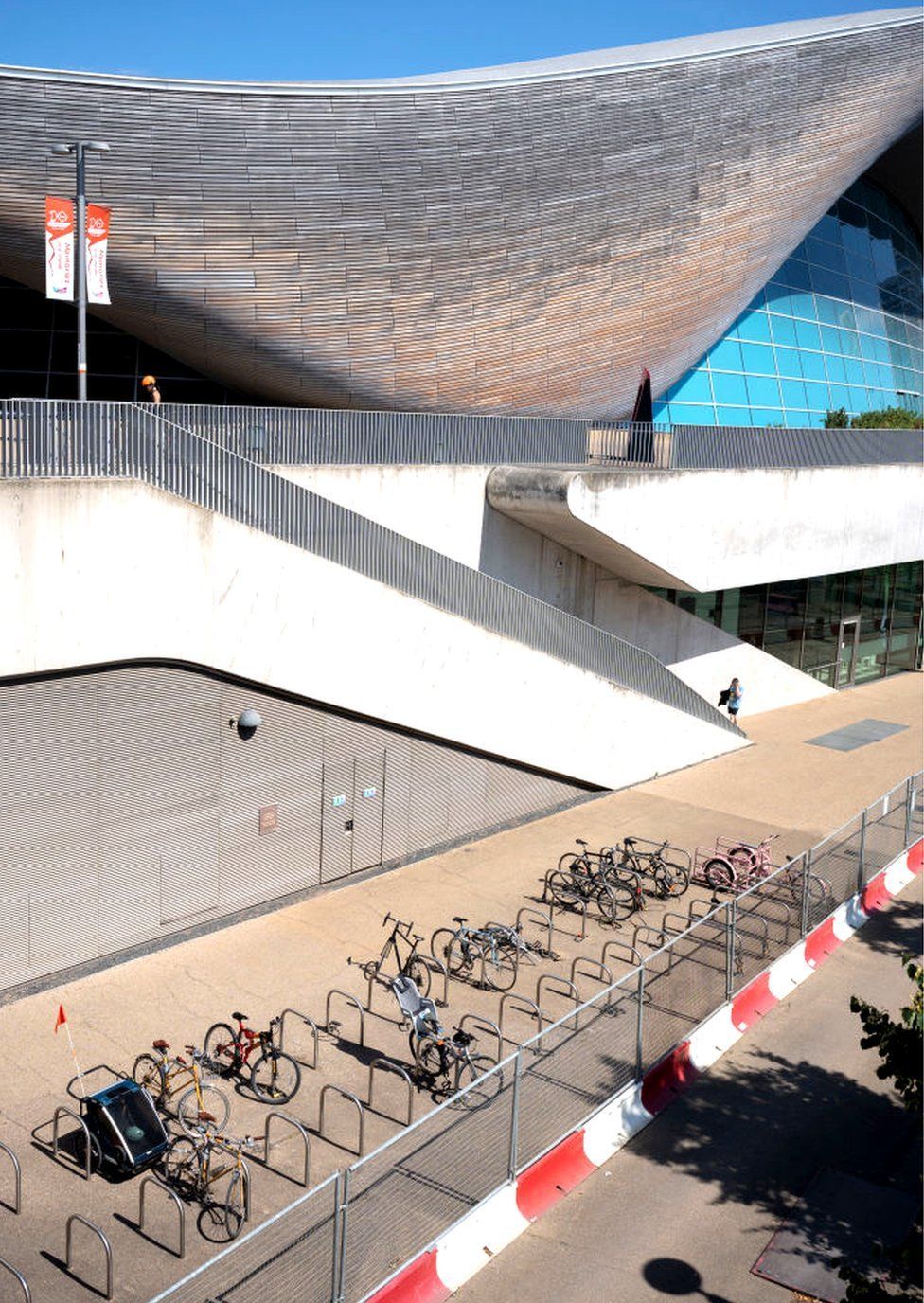 The aquatic centre, on the edge of the Queen Elizabeth Olympic Park, was built for the Games and for future elite competition. It is also now a community pool with few equals.

Together with the Copper Box Arena - where there's a gym and exercise studios, and a sports centre for badminton, netball and basketball - these are facilities being used mainly by local people paying typical prices for east London.

Prices are kept down by an annual subsidy of more than £2m from the taxpayer, which legacy officials say won't change when operating contracts come up for renewal. 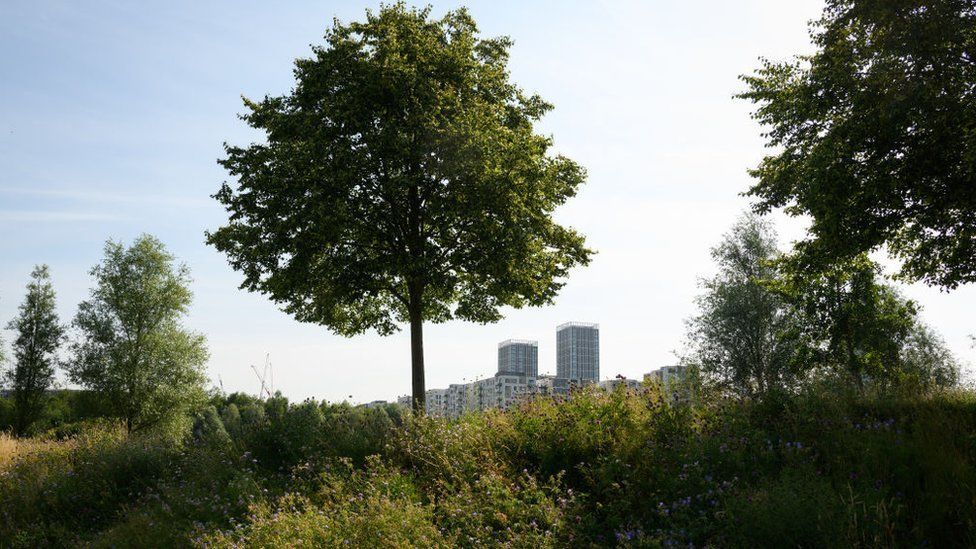 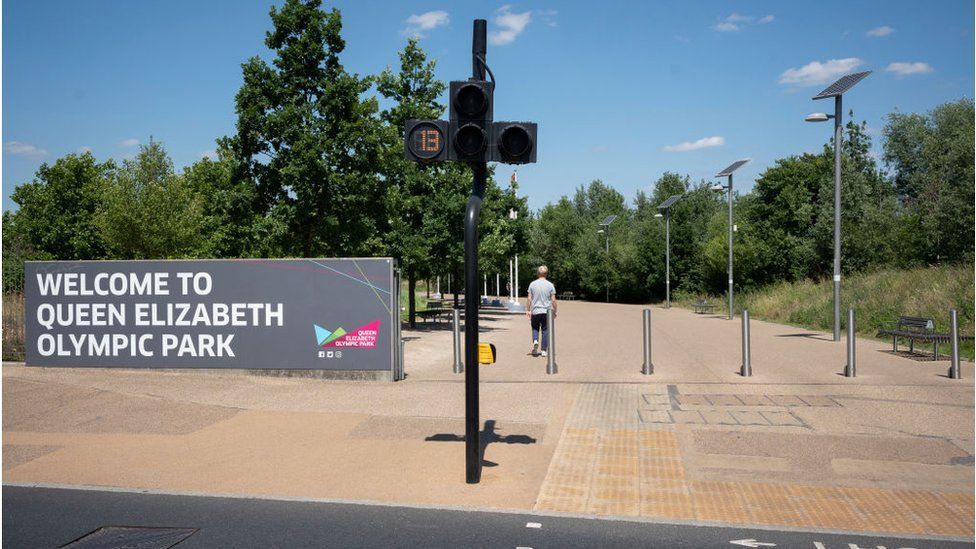 Of course, the centrepiece is the London Stadium.

It costs more than £100,000 for each match West Ham United plays here - because of a deal made by Boris Johnson as mayor. A deal later branded as "poor" by independent auditors.

It means the Premier League club rents the venue at a concession, with ownership and financial responsibilities remaining in public hands.

On the other hand, the presence of an anchor tenant ensures life and vitality. It is difficult to put a price on that.

This is a physical legacy which is unfinished - after all, it's only been 10 years. 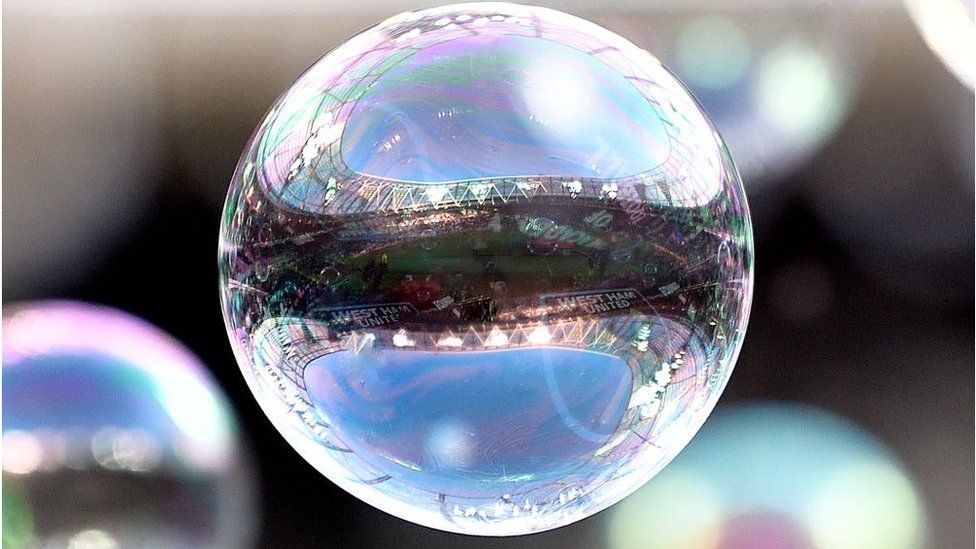 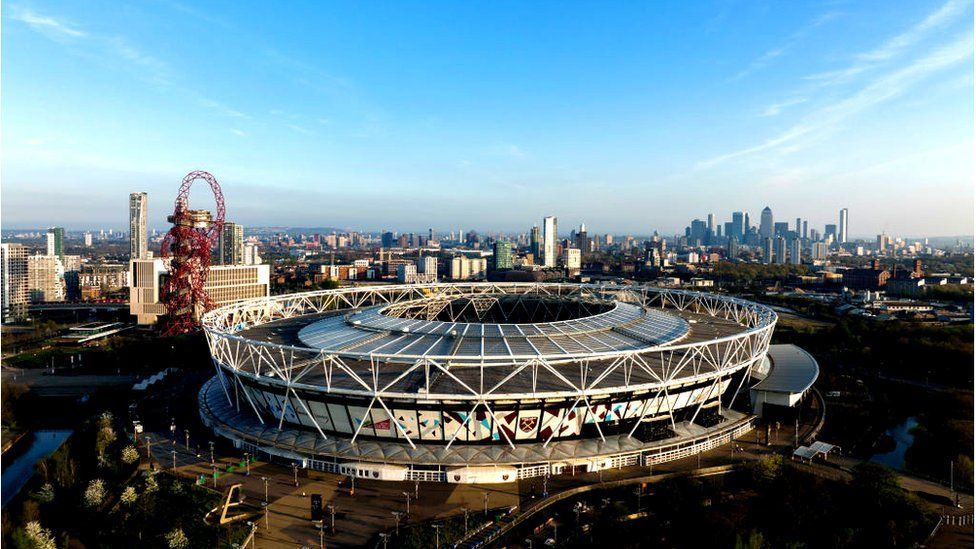 Now the home of West Ham United, the London stadium has hosted a number of guest events

Cranes tower over the park, accompanied by the hum of constant drilling as a new arts, cultural and academic quarter takes shape.

East Bank is due to emerge in stages over the next few years, which officials say will bring big economic returns and jobs, skills and training.

The London College of Fashion is on track to move to a single campus here in September 2023, housing 5,000 students. Next door, the Sadler's Wells dance company is due to open its new venue shortly afterwards. The first courses at UCL's new campus start this September, when its new student accommodation will also open.

The V&A is creating a storage facility and a new museum.

The BBC, which once disappointed legacy officials by discarding plans to bring the production of EastEnders to the park, is due to build new music studios here by 2025. 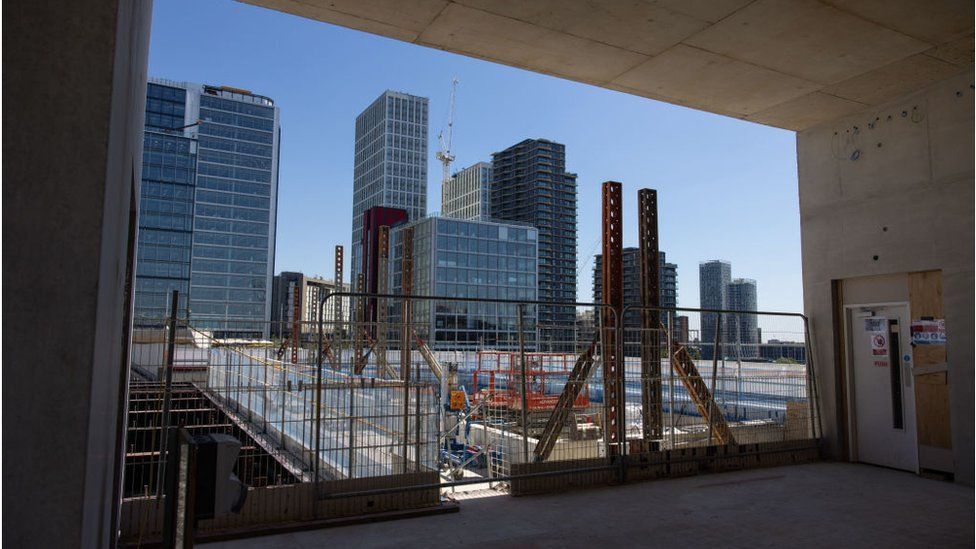 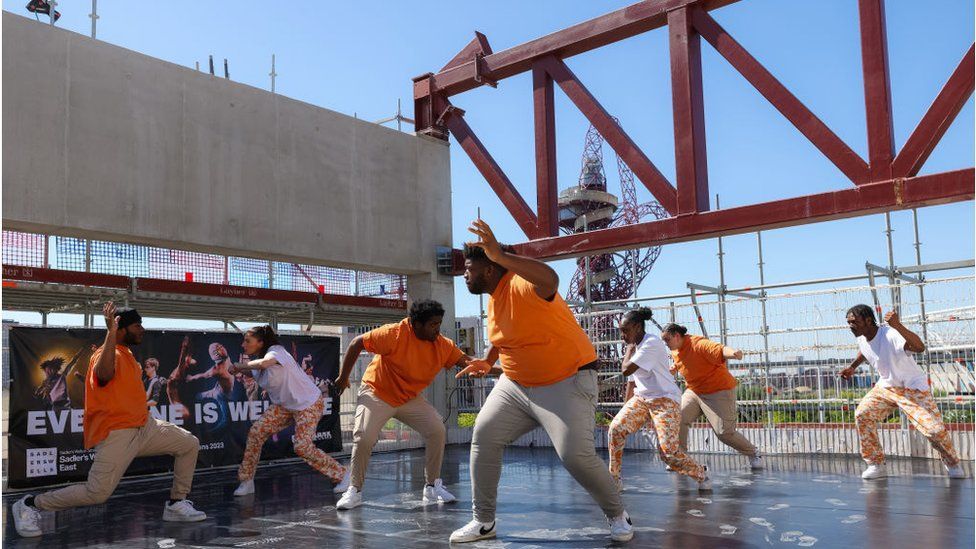 Sadler's Wells' new venue will form part of the East Bank development alongside the London College of Fashion, the V&A, UCL and the BBC

The London Legacy Development Corporation (LLDC) - the mayoral agency driving regeneration - admits these developments may have squeezed out affordable housing, but the plans ensure a diverse and sustainable vision for the future.

It estimates, that through additional council tax and business rates, the park and surrounding area delivers £75m a year now. The projection is that by 2040 it will be £200m per annum.

There are also the economic benefits that do not appear on the official balance sheet.

Two Major League Baseball matches in 2019 brought in an estimated £37m through tourism.

On his recent trip to the US, the mayor of London, Sadiq Khan, announced more big baseball events, starting next year. 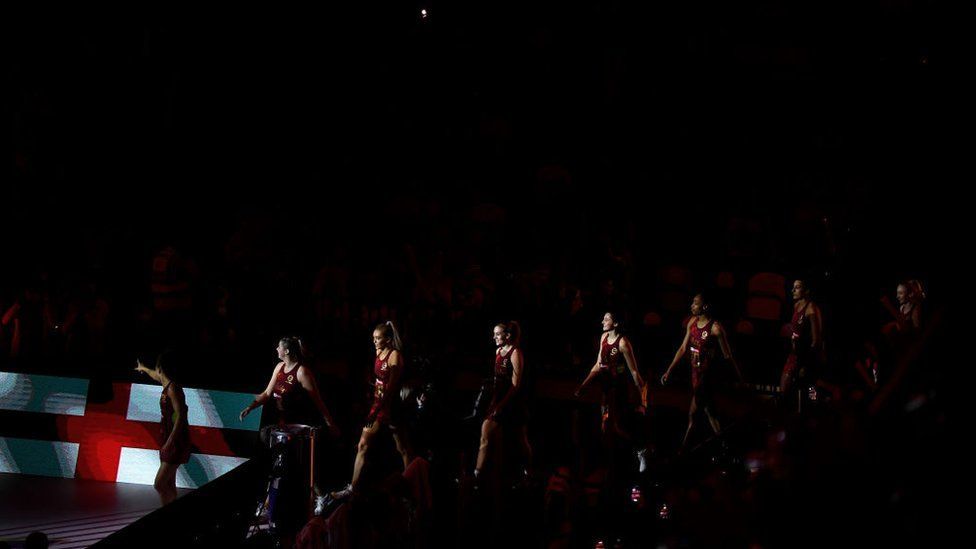 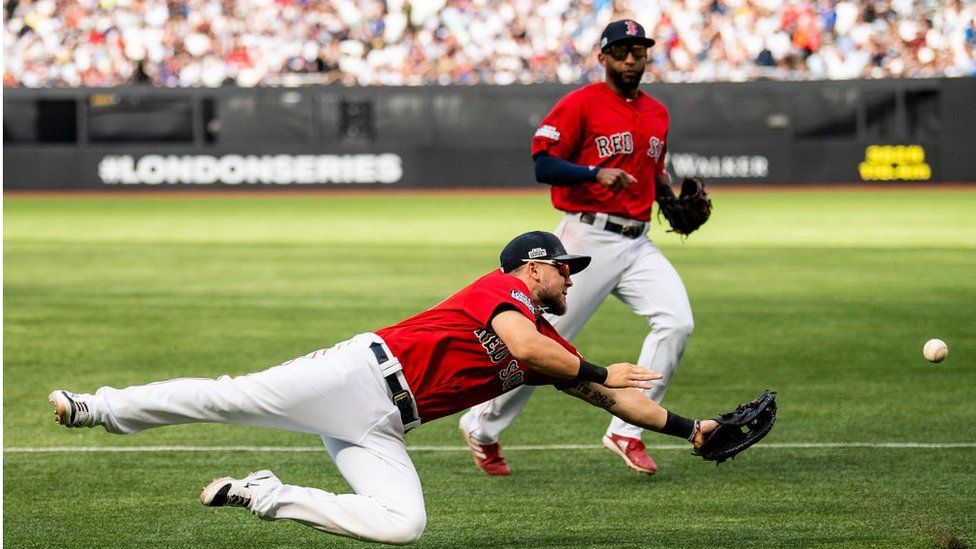 But investment comes at a price. Debts continue to rise. And last year there was a £35m gap between spending and income - a gap plugged by continuing contributions - via the mayor - from London taxpayers.

Next year the gap is expected to be about £32m, the following year £28m. As the building is completed and the new institutions open that gap should disappear.

One of the biggest legacy challenges was to find a use for the 2012 press and broadcast centres - but that is now taking shape in the form of Here East. Currently at 90% capacity, it provides jobs or studying facilities for 4,500 people.

It is the headquarters of BT Sport, and has become a hub for gaming, cyber-security and digital start-ups, as well as for social enterprises and design companies. 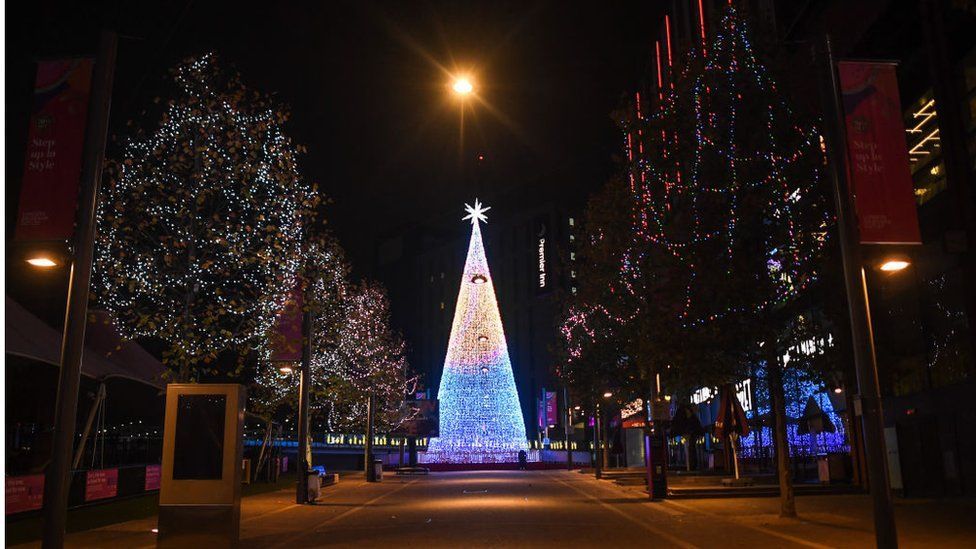 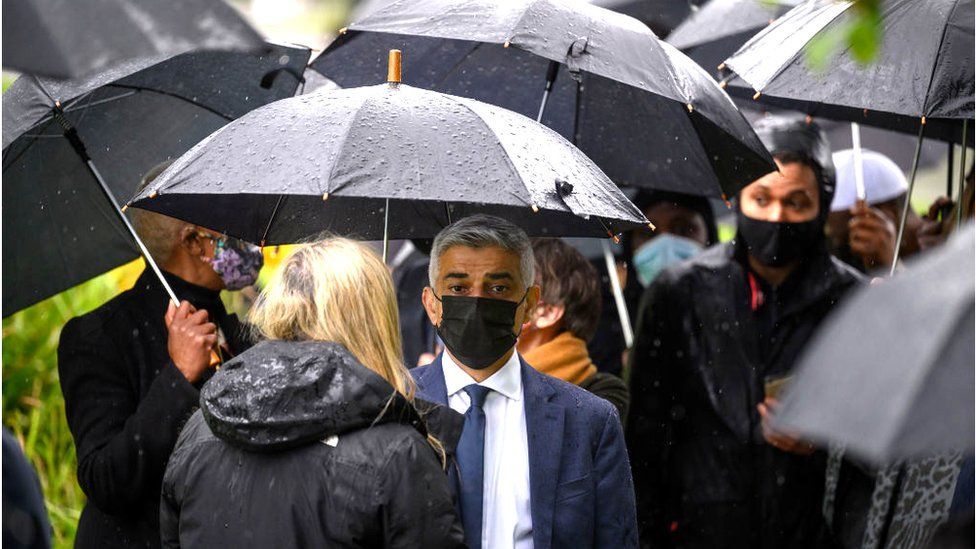 Sadiq Khan opened the London Blossom Garden in the park, which features 33 blossoming trees - one for each London borough - for people to "contemplate and reflect on the impact of the pandemic"

Lyn Garner, chief executive of the LLDC, said the agency's "bold vision" brought investment to the area which wouldn't otherwise have come for decades.

"Thousands of new homes have already been built with thousands more still to come - many of them affordable. Thousands of high value jobs are relocating to the area. We're working with the local boroughs and colleges to make sure young people have the skills and training to fill the vacancies."

London, she says, is now seen by cities and regeneration projects around the world as a blueprint for Olympic legacy.

But legacy is measured in decades not years. It is too early to deliver a verdict on the dividends provided by London 2012.

Nevertheless, many of those involved in the project feel what has so far emerged represents a solid foundation - and suggests a bright future. 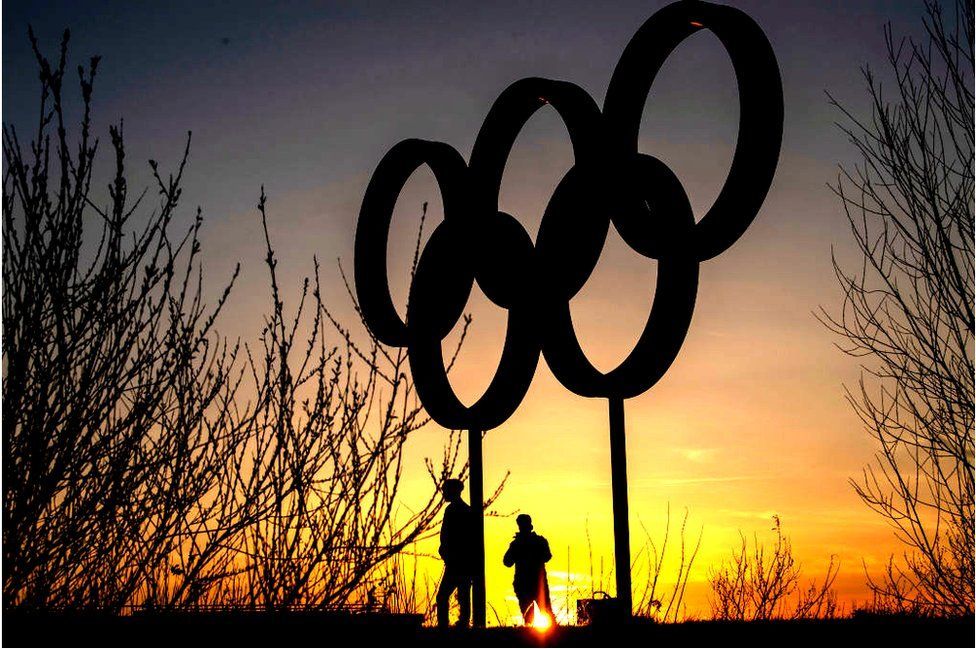