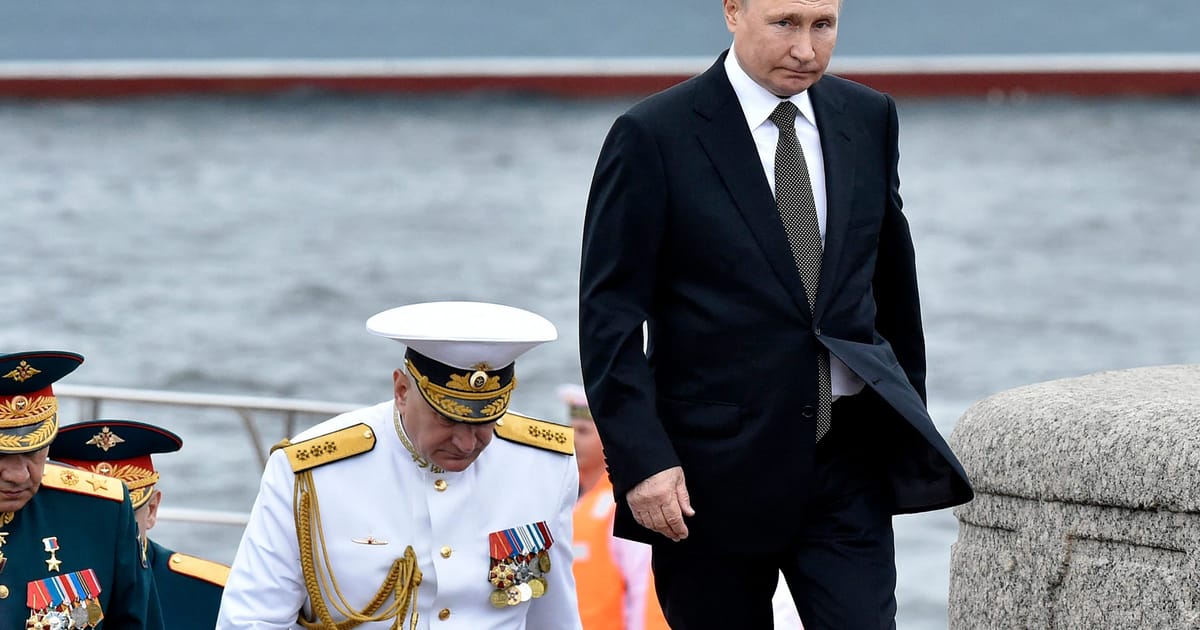 Western allies are war-gaming scenarios, from accelerating civilian atrocities in Ukraine to sabotage in Europe to Russian schemes to bide time.

A losing Vladimir Putin is lashing out, reaching for ever-more-venomous schemes and forcing western capitals to war-game his murderous scenarios.

The Russian president is terrorizing Ukrainians in cities far removed from the war’s front lines. He’s suspected of ordering the sabotage of gas pipelines to Europe. And, most terrifyingly, he’s threatening nuclear war.

That’s all just in the span of a few weeks.

Western leaders are now scrambling to plan for whatever the increasingly unpredictable leader may do next. They’re fearing even more exaggerated versions of what has already unfolded: more terror campaigns to destroy Ukraine’s energy facilities ahead of winter; more disruption of the infrastructure powering Europe’s society; more nuclear saber-rattling.

The goal, analysts and officials say, is to bleed out western patience and resources — essentially playing the long game in the hope of fomenting western fissures before a battlefield loss.

While officials can’t fully defend against all of Putin’s latest tactics, they’re discussing what new weapons Ukraine might need for combat, how to better monitor Europe’s critical infrastructure and how to dissuade Putin from launching a nuclear strike.

“As Allies,” Dutch Defense Minister Kajsa Ollongren said in an email last week, “we have to keep our calm and not let his unacceptable rhetoric dictate our response.”

“NATO,” she said, “is prepared for any scenario.”

Here’s a look at several situations that could occur and how western allies are preparing for them.

On Monday morning, in a highly symbolic move, Russian missiles struck the center of Kyiv during rush hour — the first time the capital had been targeted since June.

The missile attacks, said one senior diplomat from Central Europe, were “revenge for the bridge” — a reference to an attack on the bridge linking Crimea to Russia.

But some experts fear a broader campaign is underway. Monday’s bombardment also rained down on a number of other Ukrainian cities, several of which had been left alone for months, and the assault continued on Tuesday.

Possible responses have ranged from more calls for fresh sanctions — Polish Ambassador to the EU Andrzej Sadoś called for penalties “as soon as possible” — to giving Ukraine new types of air defense systems.

Germany on Monday announced it will speed up the delivery of advanced IRIS-T air defense systems to Kyiv, and Ukraine is set to receive two U.S.-made National Advanced Surface-to-Air Missile Systems, or NASAMS, by November. U.S. President Joe Biden renewed his own pledge to offer the country “advanced air defense systems” without providing specifics.

But while Kyiv is slated to receive more American systems down the line, it remains unclear what further air defenses it can access in the near term — and who would provide them.

Ukraine, he said, needs systems capable of covering a whole region against cruise missile and ballistic missile attacks — but this capability is militarily “difficult” and “very expensive.” And even when it has more systems, Ukraine’s leadership will have to prioritize which cities, areas and facilities to protect.

From a technical perspective, Brauss said, it is almost “impossible to protect the whole” of Ukraine.

Russia is unlikely to directly challenge a NATO ally, but the Kremlin appears increasingly willing to clandestinely take out the systems undergirding NATO countries’ societies.

First, there were explosions on the Nord Stream undersea gas pipelines linking Russia and Europe — a sabotage plot with suspected Kremlin fingerprints.

Then, over the weekend, someone cut the cables keeping Germany’s trains running, raising the specter of another possible Kremlin plot.

“We have many pipelines, oil and gas, we have data cables,” said Latvia’s Prime Minister Krišjānis Kariņš. 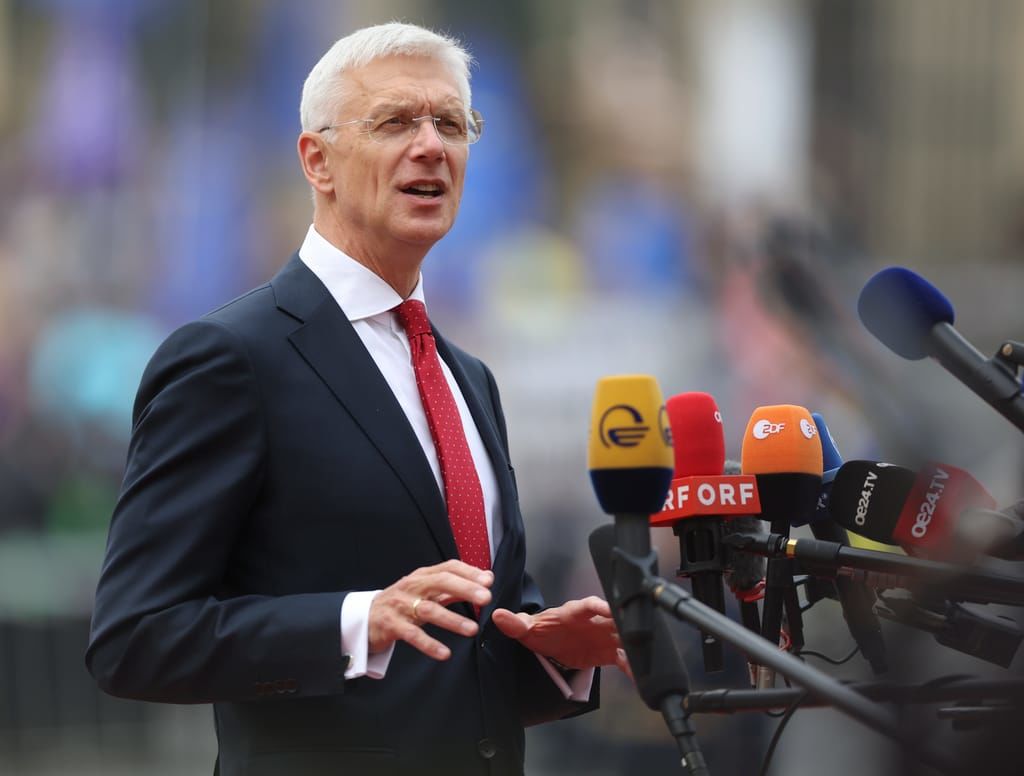 “We simply need to increase our own awareness of what could be vulnerable,” he said in a phone interview, “and then strengthen the defense of our potentially vulnerable infrastructure.”

NATO conceded earlier this year in an updated strategy document that such “hybrid attacks” could grow serious enough to trigger the military alliance’s Article 5 clause, which states that a military attack on one ally is an attack on all.

Speaking on Tuesday, NATO Secretary-General Jens Stoltenberg told reporters that following the Nord Stream incidents the alliance has “doubled” its presence in the Baltic and North Seas and that allies are “increasing security around key installations.”

Yet despite efforts over the past years to boost “resilience” across NATO, experts and officials acknowledge that Europe’s infrastructure networks are so vast — and often owned by private companies — that governments’ options are limited.

National authorities can increase patrols, on land and sea — thus boosting deterrence — but even then it is not feasible to monitor everything. There’s also the cyber threat, which adds yet another unwieldy dimension.

“It is very difficult” to assess in advance where and how an attack could happen, and to adopt protective measures, said Brauss.

“In general,” he added, “we all are vulnerable.”

While Putin is seemingly raising the stakes, experts said he is also likely trying to buy time, hoping that cold weather will change the conflict’s dynamics and the west will ultimately tire of arming and funding Ukraine.

“Putin has shifted from ‘how do I win this?’ to ‘how do I avoid losing this?’ approach,” said Mark Galeotti, a senior associate fellow at the Royal United Services Institute. He called the Russian leader’s approach “strategic patience.”

Putin’s move to draft several hundred thousand new Russians into the fight is part of this ploy, experts argued.

“The whole purpose for this is to trade bodies for time,” said Hodges, the former American commander.

Western leaders are well aware Putin is betting on war fatigue and high energy prices to reduce public interest in supporting Ukraine. In response, there is a sense in western capitals that Ukraine’s allies must develop their own long-term strategy and still consider Putin — despite the setbacks — a vital threat.

“The problem,” according to one senior western European diplomat, “is that he is still strong, or has strong capabilities at his disposal. Our response to unpredictability can only be predictability. This is what we have ensured over the past months.”

Russia watchers also cautioned that Moscow’s long game — whether under Putin or a possible future regime — can go far beyond Ukraine. Russia has an extensive history of fueling unrest abroad, with a particular focus on the former Soviet countries along the EU’s eastern edge.

“I believe we have to be prepared for further escalations,” said Daniel S. Hamilton, a former U.S. official who is now a senior fellow at the SAIS Foreign Policy Institute. Western governments, he argued on a recent panel, must be “prepared for an unsettled situation as far east as you want to go in Europe.”

Then there’s the prospect of nuclear war — a concept that seemed unthinkable until recently.

Specialists caution that nukes remain the least-likely option for Moscow, whether it be a tactical nuke with more limited power, a nuclear bomb exploded over the water as a show of force, or an all-out nuclear assault.

“Obviously, we focus understandably on the hints of nuclear use,” said Galeotti. “I think we’re a long way away from that, if ever.”

Instead, the nuclear rhetoric, according to officials and experts, offers an intimidation tactic meant to scare both people within Ukraine and across the NATO countries backing Kyiv.

Western leaders have adopted a two-pronged approach — don’t let the nuclear rhetoric dictate Ukraine policy and simultaneously warn Moscow of the disastrous consequences that would come with any nuclear action.

“If Russia can threaten nuclear weapons in order to secure territory that it has temporarily conquered, then we are all — any of us — subject to blackmail,” said Kariņš, the Latvian prime minister. “So what next, Putin, Russian troops move into Moldova and threaten nuclear attack if anyone does anything about it? And then it probably can just go further and further.”

The consensus is that Washington must take the lead on dissuading Putin from breaking the nuclear taboo, laying out exactly how it would respond.

Major countries like China and India, which are helping keep Russia’s economy afloat, could also play a role. A nuclear assault would inevitably shock an already tremoring international system and global economy, something even Russia’s allies would like to avoid.

Thus far, American officials have stayed deliberately vague on their response plan, indicating that Washington has communicated its thinking privately to Russian officials. Expectations are that the U.S. reaction would not involve its own nuclear arsenal, but that it would certainly be severe.

“They’ll become more of a pariah in the world than they ever have been,” Biden vowed in September, without offering specifics.

“I’m not sure that we would respond in kind,” said SAIS’s Hamilton.

But there are “many responses,” he said, that “would be consequential.”