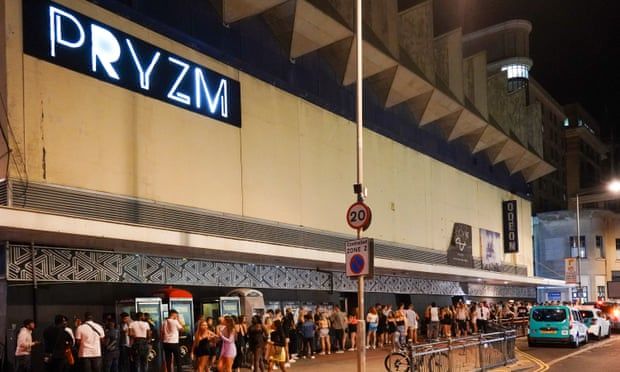 Club owner Rekom also pointed to evidence that Brits are spending more on drinks in nightclubs and bars than they did in March 2020 – and turning up earlier on a night out – with young people trying to catch up on more than two years of pandemic restrictions.

“I’m cautiously optimistic,” said Peter Marks, chief executive of Rekom. He will open the UK’s second Heidi’s Bier Bar in Birmingham next month to be followed by its first Proud Mary bar in Swansea, both tried-and-tested concepts of the group’s Scandinavian owners.

“We haven’t experienced the consumer price squeeze yet but most of our guests are under 25 and they are not the people paying the electric bill, filling the car or paying the mortgage. We have found our business to be fairly recession proof as it is low ticket and high volume business.”

Copenhagen-based Rekom expanded into the UK in 2020, buying 42 of the former Deltic Group’s UK clubs and bars out of administration in January 2021, leaving 10 destined for closure. The group has now built back to 48 UK outlets, taking back some of its former sites and adding new ones.

Marks said many of Rekom’s clients were turning up an hour earlier than usual, having not previously had a chance to experience a nightclub as they came of age during the pandemic.

Its research found people were spending almost the same as they did pre-pandemic on a night out – £68.03 compared to £68.68 – and going out just as often.

Rekom’s optimistic outlook comes as new evidence suggests the total number of licensed venues in the UK has shrunk by 8% since March 2020 with 9,200 fewer sites. Independent operators took the brunt of the hit, with 8.7% closing, according to the latest research by consultancy CGA and advisory firm AlixPartners, while 4.8% of chains or managed pubs closed.

“There is a lot of turmoil going on,” he said. “Heavy inflationary pressures and staffing and supply issues are making conditions extremely difficult, and we can expect to see a steady flow of both closures and new openings as the year goes on.”
Add Comment