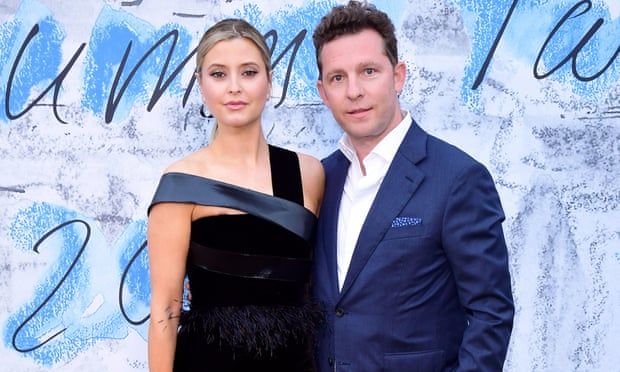 UK online shopping group runs beauty and nutrition sites and could be target of Candy Ventures
Property tycoon Nick Candy is considering making an offer to buy the £1.4bn online shopping group THG, formerly known as The Hut Group, which recently said it had rejected numerous “unacceptable” takeover approaches that undervalue the company.

Candy, a donor to the Conservative party with a fortune estimated at £1.5bn who is married to former Neighbours actor Holly Vallance, now has until 16 June to make a formal bid or walk away under UK takeover rules.

“Candy Ventures confirms that it is in the very early stages of considering a possible offer for the entire issued and to be issued share capital of [THG],” the company said in a statement to the London Stock Exchange on Thursday. “There can be no certainty that any offer will be made, nor as to the terms of any such offer.”

Candy – a Chelsea supporter who was recently linked with a bid for the Premier League club after it was put up for sale by Russian oligarch Roman Abramovich, who has been hit with sanctions since Moscow’s invasion of Ukraine – confirmed the approach but refused to elaborate.

“I can’t talk right now, I am about to go into a premiere,” he said, ahead of the first UK screening of Tom Cruise’s sequel to Top Gun at London’s Leicester Square. “I can’t comment on that anyway.”

Candy Ventures acknowledged the “recent press speculation” about THG attracting bidder interest, which has galvanised his investment vehicle to explore a potential offer.

THG, which runs beauty and nutrition websites including Lookfantastic, Cult Beauty and Myprotein, said there had been interest from third parties but was not at that time involved in any talks.

THG’s share price, which was down 4% at close on Thursday but could surge on the bid interest when markets open on Friday morning, is currently languishing at 116p. The company floated at 500p in September 2020, and peaked at 837p last September.

The company is attempting to recover from a tough year when it faced criticism for allowing boss and founder Matt Moulding to serve as both executive chair and chief executive, which is against best corporate governance practice.

The board also signed off on a deal that allowed Moulding to acquire a raft of THG properties before leasing them back to the company for millions of pounds a year.

Last year, the company reported a 35% increase in revenues to £2.2bn, helping push adjusted earnings up 7% at £161m. In its results for the first quarter this year THG’s revenues rose by 16% to £520m.
Add Comment