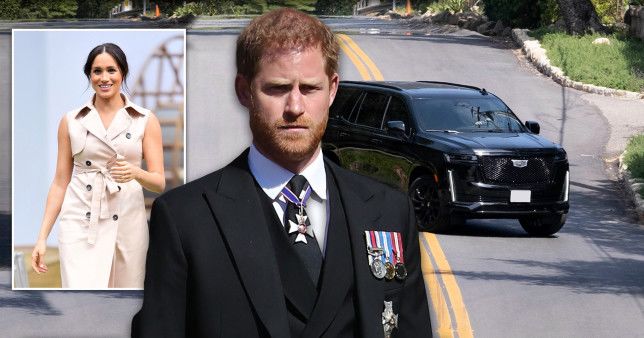 Prince Harry has rushed back to California to be with pregnant wife Meghan following his grandfather’s funeral.

The Duke of Sussex, 36, is understood to have flown into LA on an American Airlines flight from London Heathrow shortly after 1.30pm local time yesterday.

His car was spotted leaving the private terminal at LAX and arriving at the Sussexes’ Montecito mansion at around 4pm.

His return means he missed the Queen’s 95th birthday today.

The monarch – still in mourning after losing her husband of 73 years – will spend the day at Windsor Castle surrounded by her very small bubble of staff.

Harry reportedly had to dash back due to a ‘tight schedule’, which meant he did not spend any more with his father, as Prince Charles had hoped.

His brief visit to the UK for the funeral of the Duke of Edinburgh on Saturday was his first trip back to Britain in a year and came amid heightened tensions over his bombshell Oprah Winfrey interview. 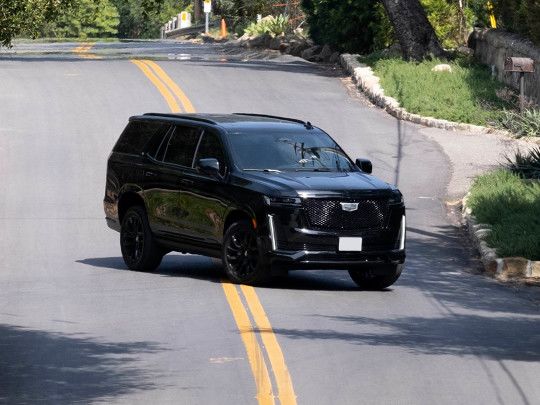 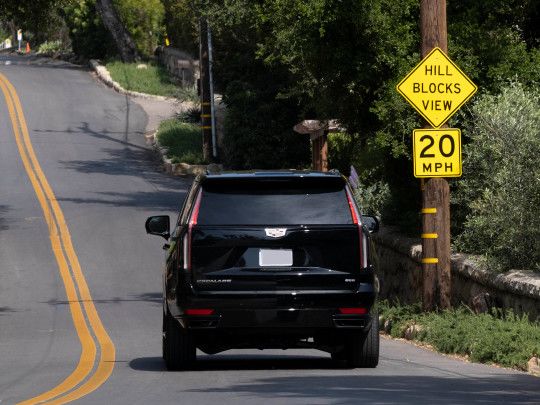 Charles, William and Harry were said to have held two hour peace talks following the service.

Harry also wrote his father a ‘deeply personal’ letter ahead of the funeral as he tried to heal tensions within the family.

Charles reportedly wanted to see Prince Harry again but was told his son’s schedule after travelling back to the UK would not allow it.

But sources also claimed the meeting did not go ahead due to fears of a misunderstanding.

It is understood Charles and William wanted each other present for any meeting for fear that a ‘twisted version of events’ would leak out from Harry’s camp. 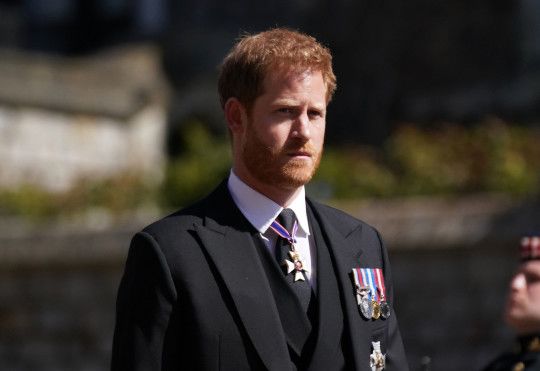 Emotions are still said to be ‘raw’ following the Oprah interview – in which the Sussexes accused the royal family of racism and the institution of failing to support a suicidal Meghan.

A source told The Mirror: ‘Harry didn’t expect everything to be completely back to normal but his feeling after seeing his family was there is a lot of ground to make up.

‘Whether that is harder or easier to do on the other side of the world remains to be seen.

‘There is a lot of distrust in the camp and everything is still very, very raw.’

The duke will now begin a second 10-day quarantine with Meghan, who is expecting the couple’s second child, a baby girl, in the summer.

American guidelines recommend travellers get a Covid-19 test prior to departure and self-isolate for 10 days after they return.

Meghan, 39, was advised by her doctors not to travel to Britain for Philip’s funeral on Saturday due to being heavily pregnant.

However, she did send a handwritten note and a wreath, paying her respects to the 99-year-old from across the Atlantic.