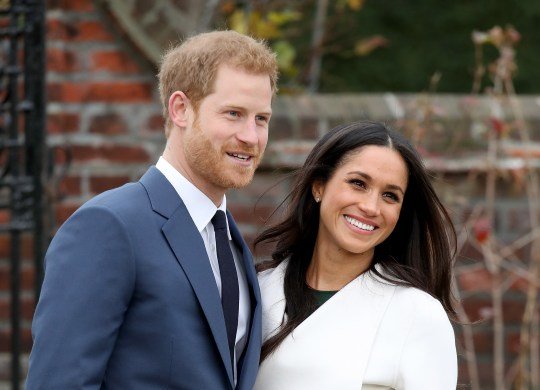 Prince Harry had 'awakening' on racial issues when he met Meghan

Prince Harry has revealed he had an ‘awakening’ about structural racism when he first met wife Meghan Markle.

The Duke of Sussex has admitted he thought he was familiar with the many problems facing people from BAME communities across the globe – but realised he ‘wasn’t aware’ when he started dating the Duchess of Sussex.

Saying everyone needs to ‘learn’ how to play their part in ‘making it better’, the royal has vowed to continue speaking out against a world that has been ‘created by white people for white people’.

Meanwhile, Meghan has described peaceful Black Lives Matter protests as ‘a beautiful thing’, but also acknowledged the demonstrations had been ‘inflammatory for a lot of people’.

The royal couple joked they were being ‘kept on our toes’ by son Archie as they spoke to The Evening Standard on Zoom to celebrate Black History Month.

Dicussing systemic racism, they said: ‘For as long as structural racism exists, there will be generations of young people of colour who do not start their lives with the same equality of opportunity as their white peers.’

Harry added: ‘You know, when you go in to a shop with your children and you only see white dolls, do you even think: “That’s weird, there is not a black doll there?”

‘And I use that as just one example of where we as white people don’t always have the awareness of what it must be like for someone else of a different coloured skin, of a black skin, to be in the same situation as we are where the world that we know has been created by white people for white people.’

He continued: ‘Therefore, now is the best time for us to be able to use our platform and you use your platform as well so we can actually start a conversation and introduce people to the black community that are making a massive difference within their own communities and across the UK as a whole as well.’

The interview follows mass anti-racism protests across the world in response to the deaths of George Floyd, Breonna Taylor, Ahmaud Arbery and a number of other black people.

Meghan said the world had seen ‘different iterations’ of the racial justice movement, adding that things become ‘inflammatory’ when ‘any version of a community becomes disruptive’.

In the same interview, the couple also defended the ‘amazing’ Diversity performance that saw 24,000 complaints filed to Ofcom last month, becoming one of the most complained-about moments of the past 10 years.