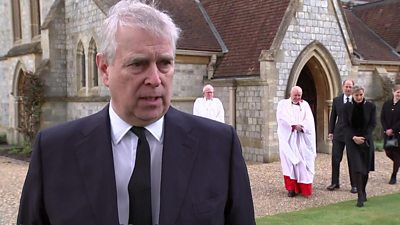 The Duke of York says the Queen has described Prince Philip's passing as leaving "a huge void in her life".

Prince Andrew attended a service at The Royal Chapel of All Saints along with other members of the Royal Family, and spoke about his father.