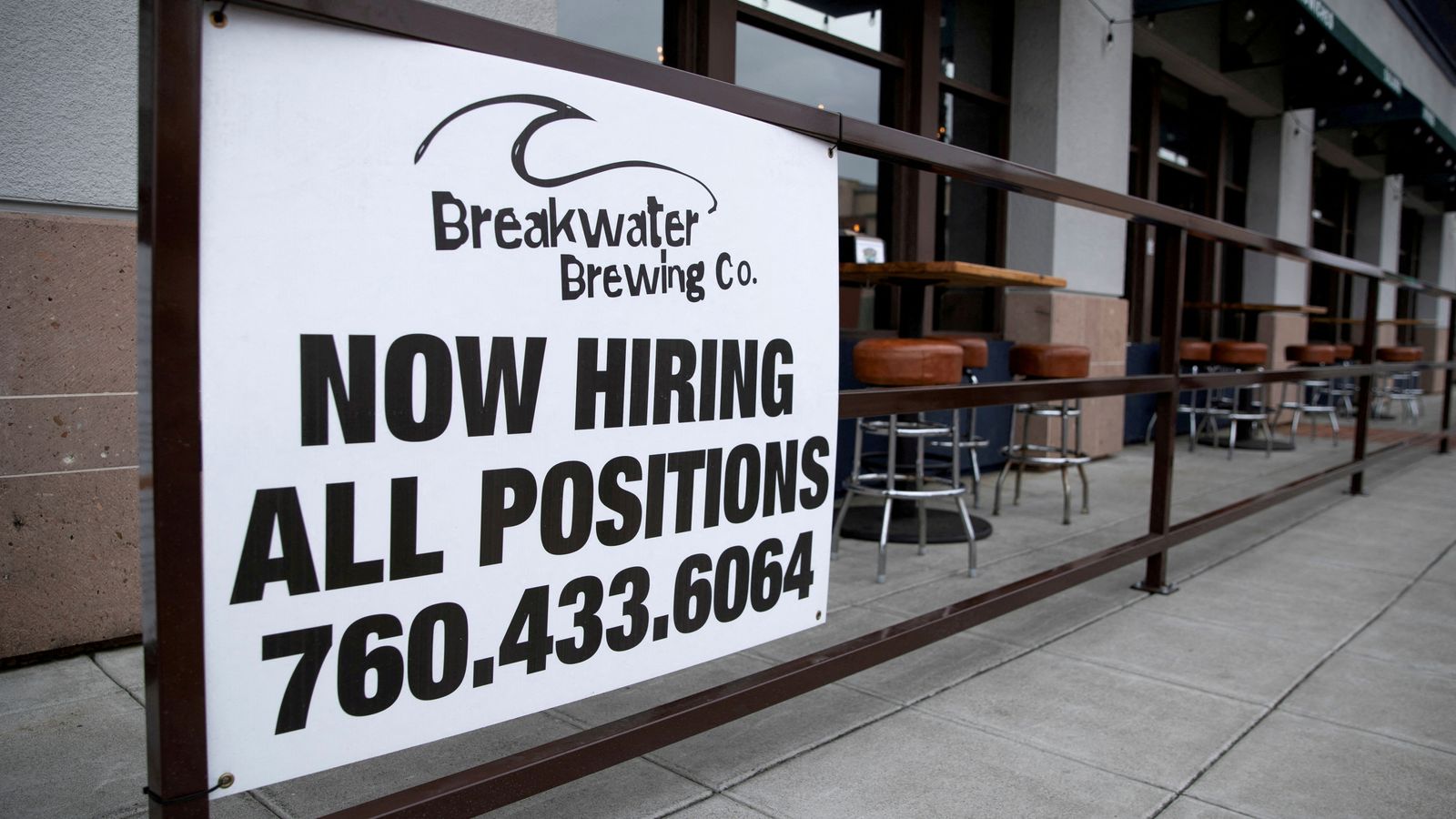 Some areas, particularly areas of Northern Ireland, had a steep drop off in job openings as businesses faced a 'long wait' for energy bill supports
The number of new jobs on offer has dropped by 8.3% since last month as employers feel the impact of rising costs and are concerned about the state of the economy, according to a new report.

Last week, there were 143,000 new job adverts posted online, the lowest figure recorded for 2022 and a reduction from the 160,000 that were newly posted a week earlier.

Between 19 and 25 September there were 1.45 million jobs adverts available for UK workers, lower than at any point during the pandemic, according to data from recruitment industry representative the Recruitment & Employment Confederation and labour market analytics firm Lightcast.

The biggest weekly decline was for driving instructors, ship and hovercraft officers and floorers and wall tilers, the report said.

But there were notable increases in postings for teachers, school secretaries and school crossing patrol staff.

Danni Hewson​, financial analyst at online investment platforms AJ Bell, said: "The bounce back from lockdowns created a boom in the labour market but a lack of confidence and recession fears are now slowly eating away at those numbers. Clearly there are still high numbers of vacancies but the tapering off does suggest that the boom is over,"

Rising energy costs are likely to be factoring in the reduction, despite the business energy relief scheme announced by the government last week, Ms Hewson said.

She added: "It's not a surprise that new vacancy numbers are slowing. Businesses faced a long wait before the government finally confirmed they would get help with their spiralling energy costs over the winter, but six months isn't really long enough for companies to be able to plan their strategy for next year so thoughts of expansion will have been put on the back burner."

Of the 10 locations with the greatest increase in job postings, three were in the West Midlands.

Northern Ireland however was worst hit by the decline in jobs coming on stream, with six out of the UK's bottom 10 hiring hotspots in the country's regions.
Add Comment