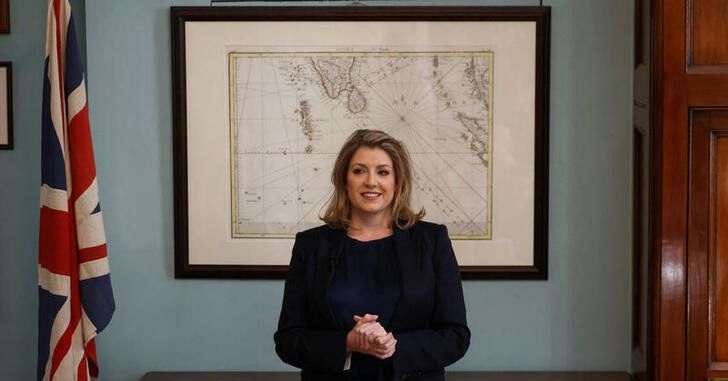 British minister Penny Mordaunt would win a runoff to become the next leader of the Conservative Party and prime minister if she makes it to the final two candidates, a poll by Yougov showed on Wednesday.
The snap poll of 876 Conservative Party members, who will decide between the final two candidates to replace Boris Johnson, showed Mordaunt ahead on 27%. Second place was Kemi Badenoch on 15%, followed by Rishi Sunak and Liz Truss on 13%.

Conservative lawmakers will whittle the field down from eight to two with a series of votes in the coming days. The first vote takes place later on Wednesday.
#Boris Johnson  #Johnson
Add Comment