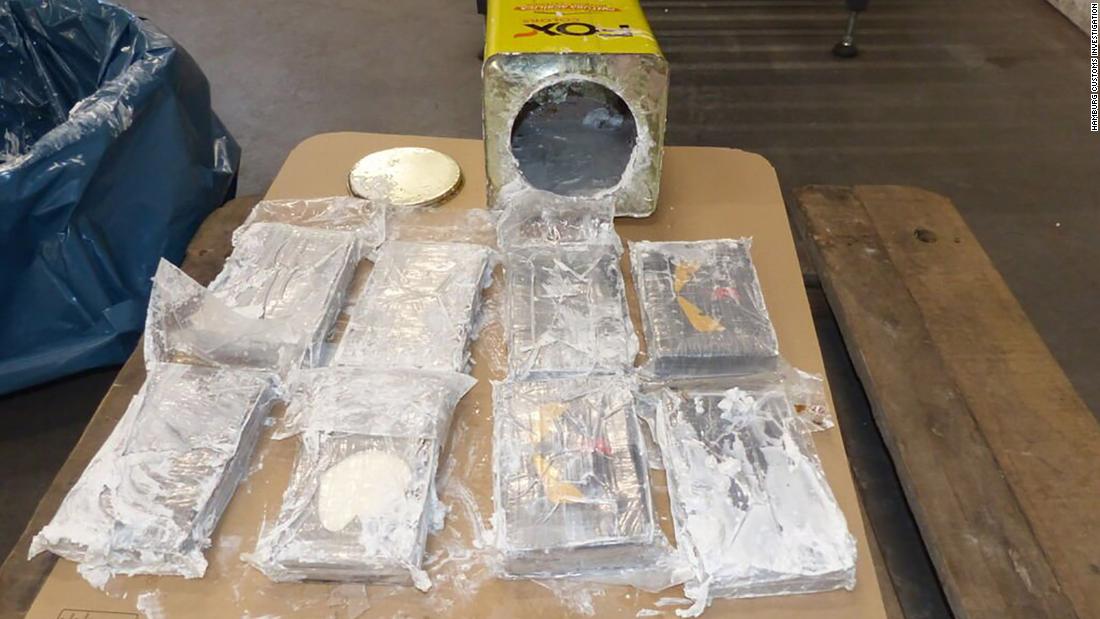 Authorities in Germany and Belgium seized more than 23,000 kilograms (50,700 pounds) of cocaine, worth billions of dollars, in an international operation that resulted in one arrest, officials said Wednesday, calling it the largest amount of cocaine ever seized in Europe.

The operation lasted more than week and culminated in the arrest Wednesday of a 28-year-old man from Vlaardingden, the Netherlands, whose address was on the shipment, Dutch police said. 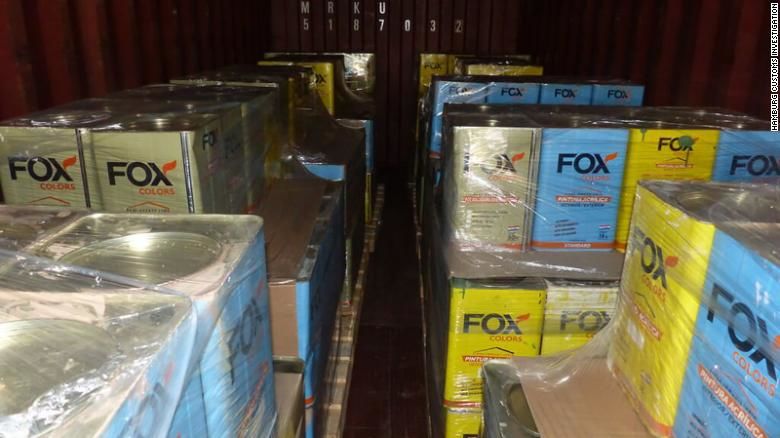 Working on a tip from colleagues in the Netherlands, customs officers in the German port city of Hamburg opened three containers listed as containing construction putty, German Customs Investigation head Rene Matschke told CNN. In the container testing facility, they found that the cans were loaded not only with putty but also with packages of cocaine.

Investigators found 16,174 kilograms (35,658 pounds) of cocaine, hidden in 1,728 cans of construction putty. The containers came on a ship from Paraguay, via Tangier and Rotterdam, the police said.

It was "pretty disgusting to separate the cocaine from the putty as it is so sticky," Matschke told CNN, adding that the the drugs would have a street value of several billion euros. 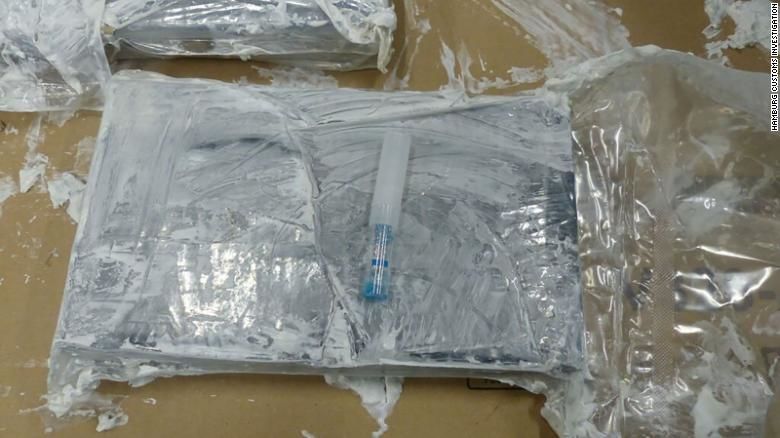 Police say the cocaine seizure is the largest ever confiscated in Europe.

The Dutch police said a "risk analysis" they carried out led German authorities to check the three containers on February 12.

Dutch authorities said that following that seizure, they began an investigation into the recipient of the Hamburg shipment, which led them to 11 containers on their way from Panama to Antwerp, ostensibly filled with pineapple, mackerel, squid and wood.

Belgian authorities on Saturday found 7,200 kilograms (15,873 pounds) of cocaine in the container carrying blocks of wood, according to the Dutch police.

"The intercepted mega-shipments to the Netherlands together form an absolute record," the Dutch police said in a statement. "Never before has so much cocaine been intercepted at once."

Officials said it was not only the largest seizure of cocaine ever in Europe, but one of the largest single seizures worldwide.

Rolf Bösinger, State Secretary in Germany's Federal Ministry of Finance, praised the customs officers, saying: "We have succeeded in seizing a record amount of cocaine. With this blow against organized narcotics crime -- also thanks to the exemplary cooperation with European partner authorities -- German

Customs has once again impressively demonstrated its clout. Our strategy of continuing to massively strengthen customs is working."