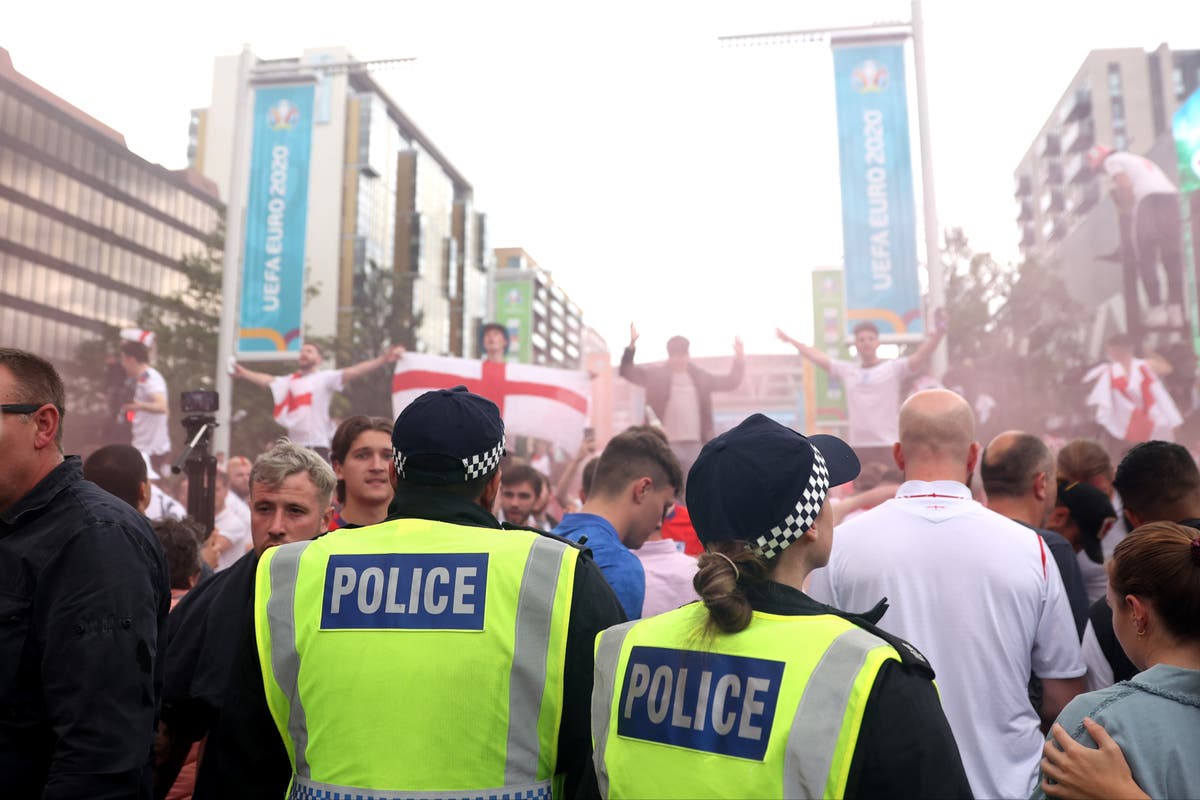 The national footballing police lead has criticised the “the violent and frightening behaviour of a sizeable minority” after forces across the country dealt with a record number of football-related incidents following last night’s Euro 2020 final.
So far, 875 incidents have been reported in the wake of England’s penalty shootout defeat to Italy, more than twice as many as for any previous tournament match, with just shy of 250 football-related arrests.

The figures come as the UK Football Policing Unit launches an investigation into the racist abuse suffered by several England players on social media in the aftermath of the defeat.

Bukayo Saka, Marcus Rashford and Jadon Sancho have all been targeted online after missing their penalties in the shootout as Italy were crowned champions of Europe at Wembley.

“Although the result wasn’t what we hoped for last night, it’s absolutely no excuse for the appalling behaviour we have seen across the country,” said Chief Constable Mark Roberts, National Police Chiefs’ Council Football Policing Lead.

”I’m extremely disappointed to note the significant increase in incidents compared to England fixtures at previous tournaments. After the year the country has had, I can understand people are eager to make the most of restrictions easing. However, there is no excuse for the violent and frightening behaviour of a sizeable minority who chose to drink to excess, or take drugs, and get involved in criminal acts.”

There has been widespread condemnation of the abuse aimed at several young, black England players, including from manager Gareth Southgate and HRH Prince William.

Roberts added: “While we are all disappointed with the result, the England team have behaved impeccably and provided an excellent example in the way they have conducted themselves throughout. That is in sad contrast to the utterly vile comments posted on social media, racially abusing our own players following last night’s game. Investigations are under way to identify the offenders.”
#Prince William
Add Comment