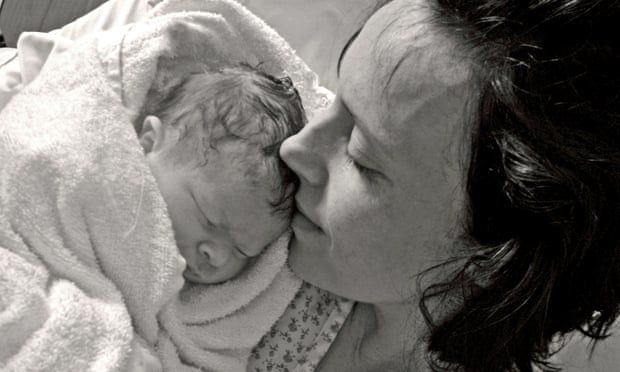 Inquiry into maternity practices at Shrewsbury and Telford hospital trust finds 201 babies could have survived with better care
Police are examining 600 cases linked to the biggest maternity scandal in the history of the NHS, after a damning report into baby deaths condemned health staff for blaming mothers while repeatedly ignoring their own catastrophic blunders for decades.

The independent inquiry into maternity practices at Shrewsbury and Telford hospital NHS trust uncovered hundreds of cases in which health officials failed to undertake serious incident investigations, while deaths were dismissed or not investigated appropriately.

Grieving families were denied access to reviews of their care and mothers were blamed when their babies died or suffered horrific injuries. A total of 201 babies and nine mothers could have or would have survived if the NHS trust had provided better care, the inquiry found.

There were also 29 cases where babies suffered severe brain injuries and 65 incidents of cerebral palsy. Rhiannon Davies, one of the mothers who fought for justice for years after her daughter Kate died in 2009, said the numbers themselves did “not tell the whole story” of the impact on families.

On Wednesday, the health secretary, Sajid Javid, issued a Commons apology for the failings, telling MPs: “We entrust the NHS with our care, often when we’re at our most vulnerable. In return we expect the highest standards.

“But when those standards are not met, we must act firmly, and the failures of care and compassion that are set out in this report have absolutely no place in the NHS. To all the families that have suffered so gravely, I am sorry.”

Javid offered reassurances that NHS staff responsible for the “serious and repeated failures” would be held to account. “There is also an active police investigation, Operation Lincoln, which is looking at around 600 cases,” he said.

DCS Damian Barratt, of West Mercia police, said on Wednesday the investigation was “very much active”.

“No arrests have been made and no charges have been brought, however we are engaging with the Crown Prosecution Service as our inquiries continue,” he said. “We will be fully reviewing the findings of the report and feeding appropriate elements into our investigation.

“We do not underestimate the impact the report’s findings and our ongoing investigation has on the families involved, who have suffered unimaginable trauma and grief that they still live with today.”

The combination of an obsession with “natural births” rather than caesarean sections with a shocking lack of staff, training and oversight of maternity wards resulted in a toxic culture in which mothers and babies died needlessly for 20 years while “repeated failures” were ignored again and again.

It meant some babies were stillborn, died shortly after birth or were left severely brain damaged, while others suffered horrendous skull fractures or avoidable broken bones. Some babies developed cerebral palsy after traumatic forceps deliveries, while others were starved of oxygen and experienced life-changing brain injuries.

Julie Rowlings, whose daughter Olivia died after 23 hours of labour following a consultant’s use of forceps, said: “I feel like after 20 years, my daughter finally has a voice.

The report, led by the maternity expert Donna Ockenden, examined cases involving 1,486 families between 2000 and 2019, and reviewed 1,592 clinical incidents. In one case, the trust had kept crucial clinical information on post-it notes, which were then swept into the bin by cleaners.

“Throughout our final report we have highlighted how failures in care were repeated from one incident to the next,” she said. “For example, ineffective monitoring of foetal growth and a culture of reluctance to perform caesarean sections resulted in many babies dying during birth or shortly after their birth.

“In many cases, mothers and babies were left with lifelong conditions as a result of their care and treatment. The reasons for these failures are clear. There were not enough staff, there was a lack of ongoing training, there was a lack of effective investigation and governance at the trust and a culture of not listening to the families involved.

“There was a tendency of the trust to blame mothers for their poor outcomes, in some cases even for their own deaths. What is astounding is that for more than two decades these issues have not been challenged internally and the trust was not held to account by external bodies.

“This highlights that systemic change is needed locally, and nationally, to ensure that care provided to families is always professional and compassionate, and that teams from ward to board are aware of and accountable for the values and standards that they should be upholding. Going forward, there can be no excuses.”

Ockenden’s team of investigators found families were locked out of reviews into deaths and were mistreated by callous maternity staff.

The trust, which is now ranked inadequate, repeatedly failed to adequately monitor baby’s heart rates, with catastrophic results, alongside not using drugs properly in labour. Trust leaders and midwives also pursued a lethal strategy of deliberately keeping caesarean section rates low, despite the fact this repeatedly had severe consequences.

Ockenden identified nine areas – and 60 actions – for learning and improvement at the trust, including management of patient safety, patient and family involvement in care and investigations, complaints processes, and staffing.

In addition, 15 “immediate and essential actions” for all maternity services in England were put forward, covering 10 key areas, including that NHS England must commit to a long-term investment plan to ensure the “provision of a well-staffed workforce”.

Louise Barnett, the chief executive at the Shrewsbury and Telford hospital NHS trust, said: “We offer our wholehearted apologies for the pain and distress caused by our failings as a trust.” The NHS Shropshire, Telford and Wrekin clinical commissioning group (CCG) said it deeply regretted the “horrific experiences these families went through and that we failed to provide the care they deserved”.

But Kayleigh Griffiths, whose daughter Pippa died in 2016, said words from the trust “aren’t going to be enough”. “Once we stop getting stories [which we’ve had] right up until today of poor care in SaTH, we’re not going to be settled that any improvements have been made,” she said.

The Nursing and Midwifery Council (NMC) described the report’s findings as “appalling”. “Each of these cases is a family tragedy, with some affected more than once,” its chief executive, Andrea Sutcliffe, said.
Add Comment