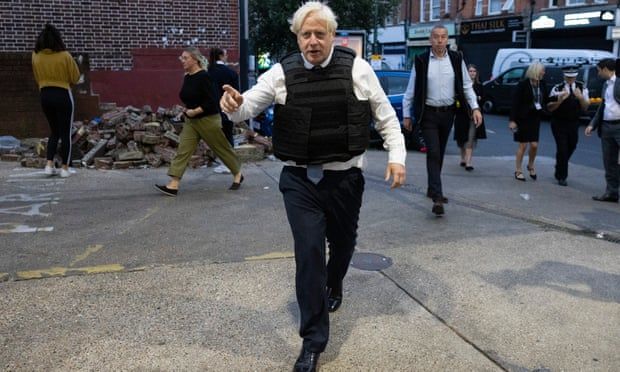 Senior officers rebuff claims police focusing on ‘woke’ causes and highlight ‘disconnected approach over the last 12 years’
Cuts under Conservative-led governments have had a negative effect upon policing, the organisation representing senior officers has said, in a rebuff to claims that forces are focusing on “woke” causes.

The National Police Chiefs Council said in a statement that crime detection and charge rates had dropped following austerity measures and a fall in police numbers since 2010.

It comes after a report by the right-leaning thinktank Policy Exchange, which said on Tuesday that public confidence could be damaged if police showed solidarity against discrimination or expressed political views.

A National Police Chiefs Council spokesperson said: “Detection and charge rates for a range of crimes have fallen over the past five years.

“This has been impacted by austerity and the loss of thousands of police officers and staff, increasing complexity of policing and crime, growing demand related to mental ill health and impact of backlogs in the court system.”

The NPCC’s statement followed Monday’s release of the Policy Exchange paper entitled Crime & Policing: What Do We want from the Next Prime Minister?”

Written by the former Met detective chief inspector David Spencer, the 31-page report questioned whether officers should take part in acts that may be seen as political, such as taking the knee during protests.

“Even the perception that an officer’s decision-making, such as whether to arrest someone, might be influenced by a partisan political view has the potential to be hugely damaging to public confidence,” the report said.

“Acts that may be intended as a show of solidarity against discrimination, such as taking the knee or an officer wearing a badge on their uniform, can easily be interpreted by others as an expression of a partisan political view.”

The report also highlighted the way governments led by David Cameron and Theresa May between 2010 and 2019 failed to invest in policing while trying to reform its structures. Investment increased under Boris Johnson, but the present government has not implemented sufficient reforms, it said.

“The impact of this disconnected approach over the last 12 years has led to policing in England and Wales being insufficiently prepared to tackle the crime and disorder threats Britain faces in the 21st century,” the report said.

Johnson appeared to defend the police from the accusations of being “too woke” on Wednesday as he attended a raid with specialist officers near Lewisham, south London.

He said he had been with police officers who “woke” alleged drug dealers “long before they were expecting to have their breakfast. They woke them with warrants …

“And that’s what I want the police to do, that’s what Priti [Patel, the home secretary] wants them to do. I thank them for what they’re doing. They’re doing an absolutely fantastic job.”

Both Liz Truss and Rishi Sunak have made crime a key plank of their Tory leadership campaigns, with calls for a back-to-basics approach.

A source close to Patel, who is expected to be replaced as home secretary next week, told the Telegraph officers should focus on basic policing matters, rather than “woke” causes.

“Priti’s views are that police should be focusing on getting the basics of policing right, on traditional policing and making our streets safer,” the source said.
#Boris Johnson  #Priti Patel  #Johnson
Add Comment