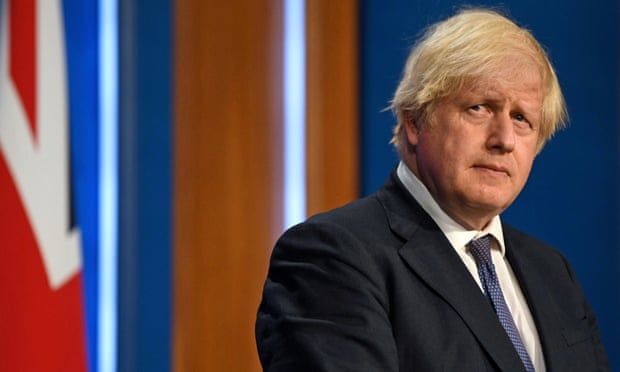 He was speaking to Micheál Martin on the eve of the publication by the Brexit minister, David Frost, of a “command paper” on the Northern Ireland protocol.

The paper, which is described by sources as “meaningful” and “significant”, is expected to be robust and will revisit the UK’s desire to eliminate checks on goods ranging from car parts to fresh food including sausages.

According to reports the blueprint will include a proposal for an “honesty box” approach whereby it is accepted on trust that goods from big supermarkets, or other trusted suppliers, destined for Northern Ireland are accepted as remaining in the region.

This is unlikely to be accepted by the EU given their recent protestations that the UK has eroded trust by taking unilateral decisions on the protocol.

The Financial Times reported on Tuesday night that another strand of the proposals is expected to seek to remove any role for the European Commission or the European court of justice in the operation of the Northern Ireland protocol.

Lord Frost told a Commons select committee on Monday that the EU had started to discuss the UK’s proposal for a veterinary deal based on the two sides maintaining equivalent animal and food standards.

This has been rejected as a solution previously but Frost said it was “very good” the EU had started to look at it.

But such a deal would mean serious gaps in other areas on border checks, which Frost is expected to fill in for a command paper published at lunchtime on Wednesday.

Until now the EU has urged the UK to sign up to a so-called veterinary agreement, which it said would mean 80% of checks on west-east trade across the Irish Sea would be abolished but only if the UK dynamically aligned with the EU rulebook.

In turn the UK has called on the EU to ease up on what it claims is an inflexible approach.

A Downing Street spokesperson said Johnson told the Irish taoiseach the protocol was “causing significant disruption” and that pragmatism was needed to solve the post-Brexit issue.

The spokesperson said of the Johnson’s phone call with Martin: “He made clear the UK government’s commitment to protecting the Belfast [Good Friday] agreement in all its dimensions.

“He said the EU must show pragmatism and solutions needed to be found to address the serious challenges that have arisen with the protocol.

A spokesperson for the taoiseach told Johnson that the UK’s statements on the protocol would be carefully considered but stressed the importance of the EU-UK framework for issues related to the protocol.

Peter Shirlow, a professor of Irish studies at the University of Liverpool, called on negotiators on both sides to stop using the Good Friday agreement as a negotiating tool as if one side’s commitment was in question.

“Protecting the GFA cannot be rhetorical,” he said.

In a 74-page report on the Northern Ireland protocol, Responding to tensions or enacting opportunity, he said: “We need political maturity and political actors should use the Protocol as a re-set moment in which they map out a vision for the NI and thereby Irish and GB economies.”
#Boris Johnson  #Johnson
Add Comment