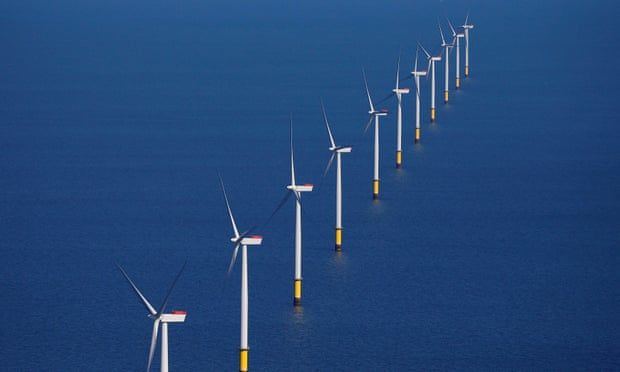 PM accused of hypocrisy for claiming climate is 'foremost priority'

Host of Cop26 overseeing policies that will increase greenhouse gas emissions, campaigners say
Boris Johnson put the global climate crisis at the heart of the UK’s foreign policy on Tuesday, setting out his vision of “global Britain” after a government review placed climate as “the UK’s foremost international priority”.

The prime minister told MPs: “We will host Cop26 [climate summit] in Glasgow in November, and rally as many nations as possible behind the target of net zero [greenhouse gas emissions] by 2050, leading by example since the UK was the first major economy to accept this obligation in law.”

However, green campaigners questioned whether the prime minister’s rhetoric was matched by action, and accused him of “hypocrisy” over measures that could increase greenhouse gas emissions in the UK and overseas.

The integrated review of security, defence, development and foreign policy, published on Tuesday, is the first post-Brexit assessment of the UK’s role on the world stage, and represents the government’s view of how Britain will help to shape global relations and tackle global problems for decades to come.

This year, the UK takes on a key role in the increasingly urgent fight for climate action, hosting vital UN climate talks, called Cop26, the most important climate meeting since the Paris agreement was signed in 2015, as well as holding the presidency of the G7 group of nations.

The statement in the review that climate was now “the UK’s foremost international priority” will provide a boost to civil servants in the UK and in embassies around the globe, who have been stepping up the urgency of preparations for Cop26. The review also made it clear that strong action would be needed within the UK to meet climate targets, emphasising the need to “accelerate the UK’s transition to net zero by 2050”, and pointing to £12bn of spending on projects from green public transport and offshore wind, to electric vehicles and hydrogen technology.

Alok Sharma, president-designate of Cop26, tweeted: “Delighted to see tackling climate change and biodiversity loss as the UK’s number 1 international priority in the integrated review. As hosts of Cop26, the UK is committed to securing our path to global net zero.”

All overseas aid is to be aligned with the goals of the Paris agreement, which will include phasing out support for fossil fuels, and the UK will also prioritise the health of global ecosystems, preserving biodiversity, and the health of the oceans. Cooperating with China on the climate crisis was also singled out in the review as a key priority.

Lord Nicholas Stern, the climate economist, said: “It is right that the UK government should make tackling climate change and biodiversity loss its top foreign policy priorities because both pose growing threats to lives and livelihoods around the world. It is also enormously important to invest in building and maintaining long-term relationships between the people of the UK and the people of China.”

However, campaigners said the government’s green rhetoric was at odds with many recent ministerial actions. The government is embroiled in a row over its support for a new coalmine, while cutting overseas aid, planning new gas-fired power stations and thousands of miles of roads, and cutting taxes on flights. Last week, the UK is also understood to have helped the former Australian finance minister Mathias Cormann, who has frequently expressed hostility to climate action, to be appointed head of the OECD group of rich countries, despite strong opposition from green groups.

Rachel Kennerley, climate campaigner at Friends of the Earth, said: “Political and financial support for coal, oil and gas needs to stop, at home and internationally, before the UK can congratulate itself on being a climate leader.”

Mohamed Adow, director of the Power Shift Africa thinktank, said developing countries would watch the UK’s actions rather than “greenwash” statements. “When you actually look at what this government is doing it’s hard to take these claims seriously,” he said. “Approving the Cumbrian coalmine, the botched green homes grant scheme and very little on climate in the recent budget, while slashing the aid budget and backing a climate blocker to become the new boss of the OECD. Boris Johnson likes to talk about building back better. This is a unique opportunity to have a truly green recovery from Covid-19 but so far they are failing miserably to live up to that.”

Doug Parr, policy director at Greenpeace UK, pointed to other aspects of the review, which boosted defence spending. “It’s welcome that the government says climate is its ‘number one priority’, but increasing nuclear warheads and upgrading high-speed missiles is a funny way of showing it.”

Tim Wainwright, chief executive of WaterAid UK, said: “The government has an opportunity as host of the G7 and Cop26 to lead by example and deliver on their promises. Now is not the time to turn our backs on those who need us most.”
#COVID-19  #Covid  #Boris Johnson
Add Comment