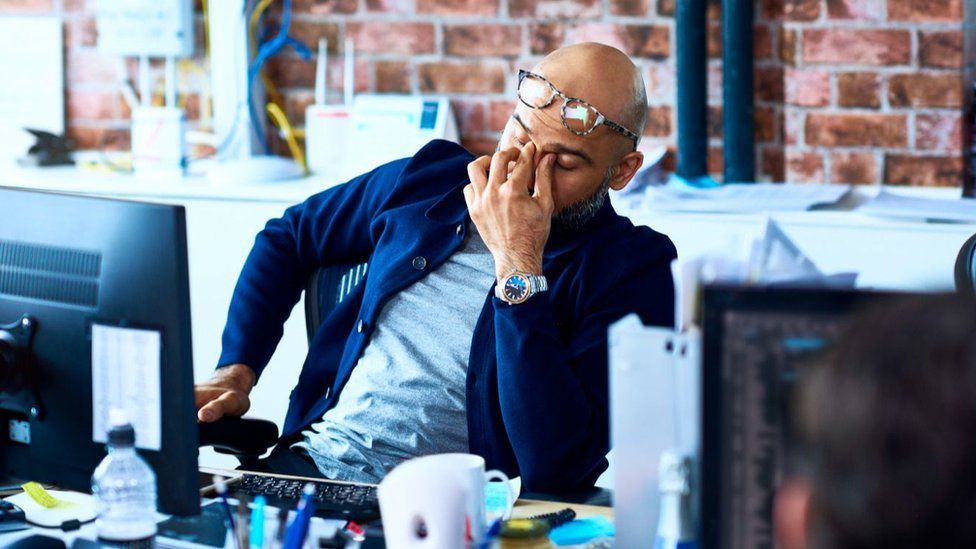 August saw the lowest figure for proposed job cuts for seven years, despite the imminent end of the government's furlough scheme.

Figures published by the Insolvency Service show that British employers planned 12,687 job cuts in August, a fall of 11% since July.

The data suggests that the predicted surge in unemployment this autumn may be smaller than expected.

At the height of the pandemic, firms proposed over 150,000 job cuts a month.

Employers planning to make 20 or more staff redundant have to notify the Insolvency Service when they start the process.

The number of cuts they propose gives an early indication of where the job market is heading, long before official unemployment data, which is several months behind.

August was the first month in which firms with staff on furlough were required to pay 20% of their wages, as well as pension and National Insurance contributions.

The scheme ends altogether at the end of September - at this point employers will have to decide whether to pay all their workers' wages themselves, or let them go.

The latest available data shows that 1.9 million workers were still on furlough at the end of June, and experts had predicted that many of them would end up being made redundant.

But just 12,687 job cuts were proposed in August - the lowest number for seven years. 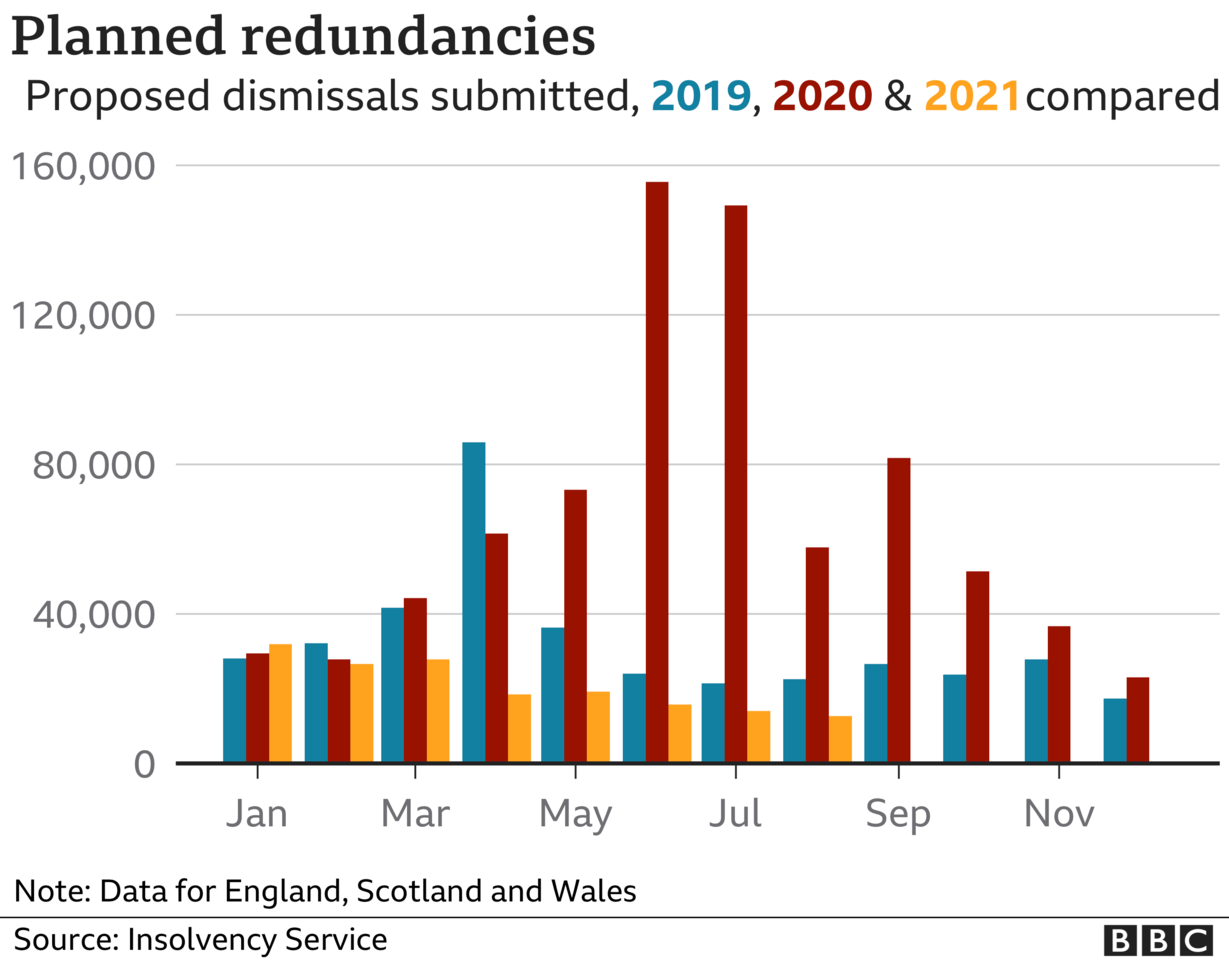 "Given the exceptionally high labour demand and fewer people in the labour market due to the crisis and Brexit, unemployment is going to keep falling back over the next few months even as the furlough scheme winds up," he said.

"The end of furlough may well slow or reverse that decline, but the biggest issues in the labour market now are that there's not enough workers rather than not enough jobs."

A number of companies have been reporting problems finding enough workers, with the employers' organisation the CBI warning that staff shortages could last another two years. 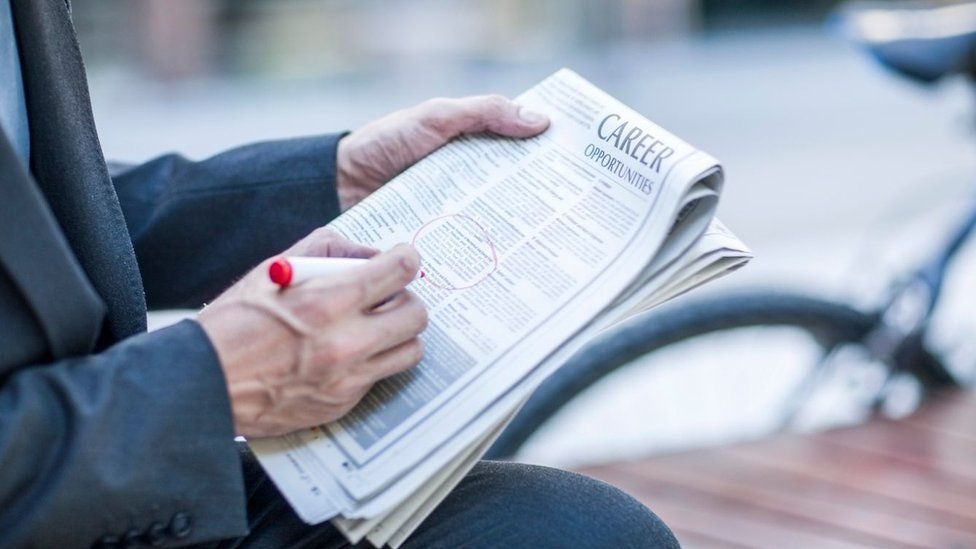 The number of vacancies is at a record high, according to recent figures.

The low number of redundancies being proposed is yet another piece of evidence that the UK jobs market is rebounding much more strongly than experts had dared to hope a year ago.

In total, 201 forms notifying redundancies were filed by 143 different employers. Both are among the lowest figures on record. 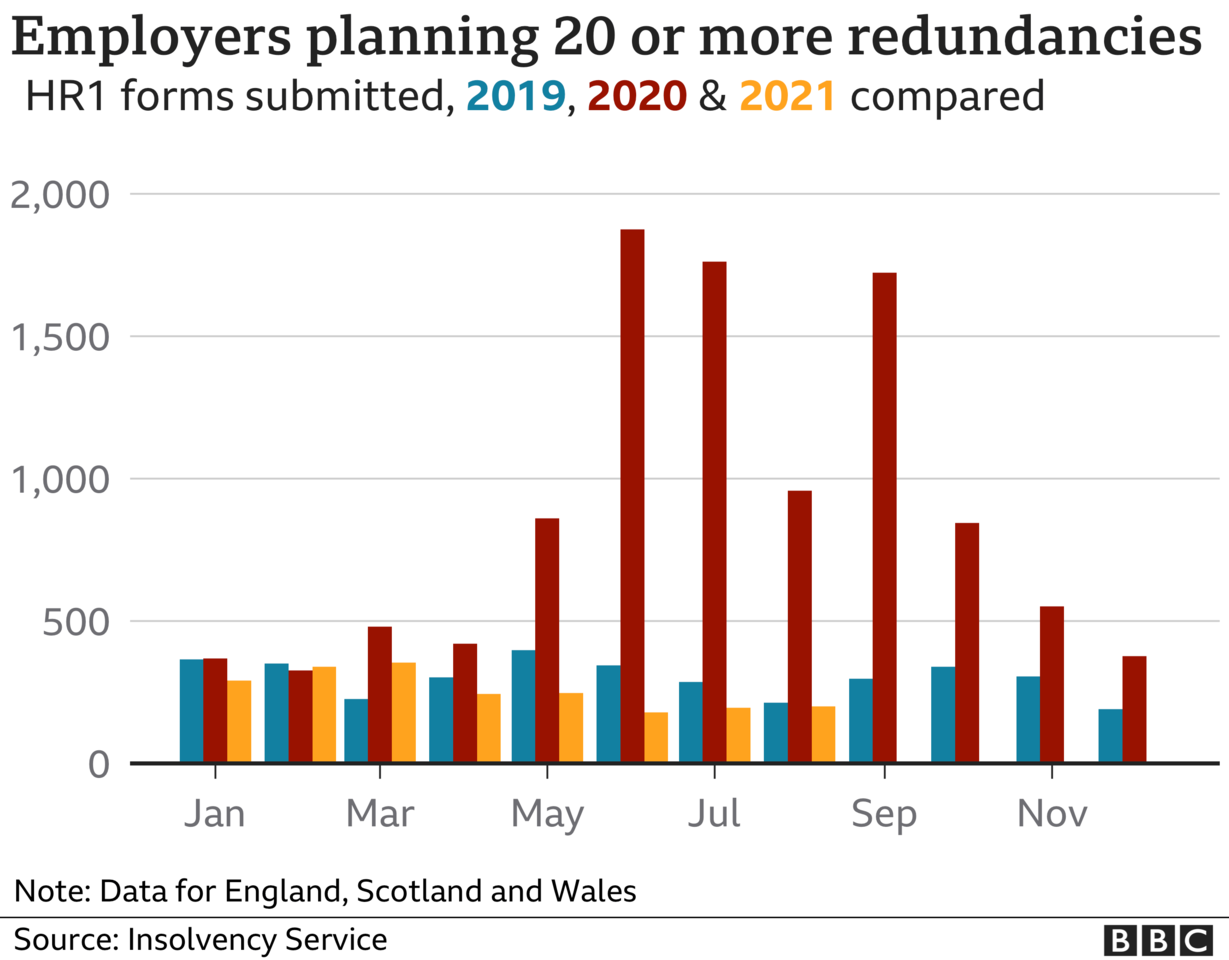 Until recently, figures for proposed redundancies were not routinely published in the UK, except in Northern Ireland.

Last year the BBC began requesting these figures through the Freedom of Information Act, revealing the extraordinary increase in redundancy plans through the spring and summer of 2020.

This year, the Insolvency Service has started to publish these figures every month on its website.

The data only covers firms proposing 20 or more job cuts, so smaller firms are not picked up by these figures. Employers sometimes end up making fewer redundancies than they initially propose, but they cannot make more than they propose.

The figures are not classified as Official Statistics, which are subject to rigorous quality control procedures.