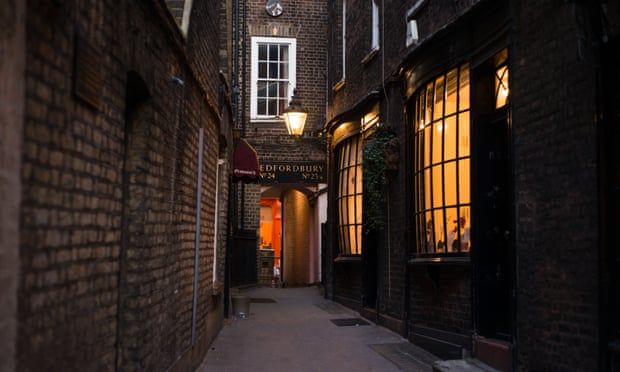 Council says electrification better for environment and maintenance but some residents oppose move
Two centuries after the first gas lights appeared on the streets of London, casting a romantic glow through the gloom, a few hundred remain in some of the most historic areas of the capital.

But not for much longer. Westminster city council is planning to convert 299 gas lights to electricity, saying LED lights are environmentally better and easier to maintain.

The plan is opposed by a group of residents who claim the council’s reasons are “spurious”. Their campaign is supported by the architectural historian Dan Cruickshank who said the introduction of gas street lights in the early 19th century “transformed city life” and was “a significant moment in the history of London”.

The council plans to electrify its gas lights over the next two years, partly in response to the climate emergency. It says its replacement LED lights “replicate the aesthetic of the gas lighting and do not significantly alter the look and feel of the area”.

A spokesperson said the council also had a “duty to keep the street lighting in good working order and maintain light levels to a set standard. Unfortunately, gas lighting is increasingly difficult to maintain and does not provide sufficient light to illuminate the highway. Alternatives to electrification have been explored but none achieve the carbon reduction, cost-effectiveness and lighting levels required.”

Residents have told the council they “strongly oppose” the plan. Michael Young, who lives in a street with several gas lights, said it was an “emotive subject”. The lights were “an enchanting feature of the area” and their replacement would mean “losing something historic”.

Chris Sugg, a descendent of William Sugg, whose eponymous company installed gas street lights in London and elsewhere from 1837, said his great-great-grandfather would be “turning in his grave” at the proposal.

“Westminster is the oldest city in the world that was lit by gas … and thus has a responsibility to history to retain the original – or at least the remainder of many iterations and developments of this means of lighting,” he wrote on his blog.

Cruickshank, an author and broadcaster who was involved in a successful campaign to save gas street lights in Covent Garden in the 1970s, said the cost of maintaining the lamps was a real issue, but “it can be done if there’s a will”.

The gas lights were “intensely romantic” with a quality of light that was difficult to replicate with electricity, he said.

“The first gas lamps appeared about 1819 on Westminster Bridge. They transformed city life by making the streets safer. Their introduction was a significant moment in the history of London,” he said.

He said the environmental impact of switching from gas to electricity would be offset by the need to “dig up the roads to lay new cables” and the carbon footprint involved in the manufacture of new lamps.

There are about 1,500 gas street lights across the capital, including hundreds in royal parks and palaces that are outside the council’s control.

In Malvern, Worcestershire, the town’s historic gas street lights were saved after local campaigners came up with a way of making them more energy efficient. Instead of a pilot light, which burns constantly, the lamps were fitted with electronic ignition.

About 25,000 gas street lights remain in Berlin, with gas-light tours offered by foot, bus and bicycle. Prague has about 700 working gas street lights, and there are four – manufactured by William Sugg and Co – still in operation in Hong Kong

Almost half the Westminster gas lights earmarked for conversion to electricity are listed, meaning that changes require consent from Historic England.

A spokesperson said: “Historic England has engaged with Westminster council regarding the replacement of historic gas lighting with gas-effect LED lighting. We understand the council is seeking a sympathetic solution, mindful of the historic character of Westminster and its requirements to provide street lighting … We are expecting further discussion in the coming months.”
Add Comment