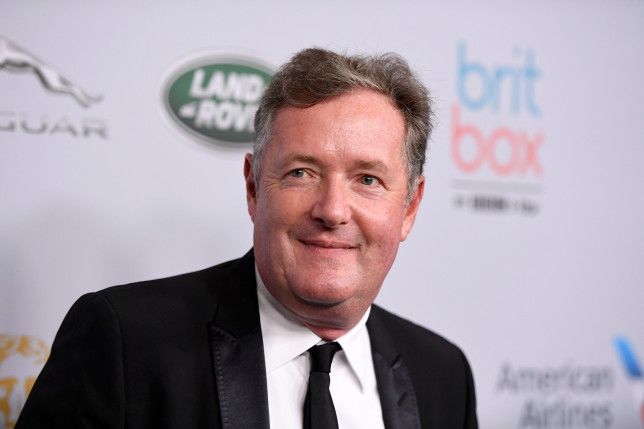 Piers Morgan has declared he is to take part in his first interview since quitting Good Morning Britain, using the announcement to make a cutting dig at Meghan Markle’s bombshell chat with Oprah Winfrey.

Last month, it was announced that Piers, 56, was quitting ITV’s GMB after around six years on the programme.

His departure came after his comments on Meghan’s interview with Oprah spawned a record-breaking number of Ofcom complaints, after he expressed his disbelief over the Duchess of Sussex’s claim that she previously suffered suicidal thoughts.

Piers, who is rumoured to be joining GB News, revealed on Twitter that on Monday April 5, he will give his first interview since the dramatic turn of events.

‘UPDATE: On Monday, I will give my first interview since leaving Good Morning Britain to @TuckerCarlson on his new @foxnation show, with highlights that evening on his @FoxNews show, he wrote.

He then added: ‘Was I silent, or was I silenced?’ with a laugh-crying emoji, in a not-so-subtle nod to Oprah’s use of the phrase in the media mogul’s conversation with the duchess.

Piers’ interviewer will be American TV host Tucker Carlson, who has been the host of current affairs show Tucker Carlson Tonight on Fox News since 2016.

The interview will be broadcast on Fox Nation programme Tucker Carlson Today. 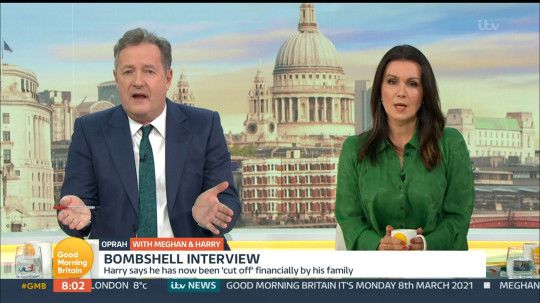 Piers and Susanna Reid hosted side by side for five years 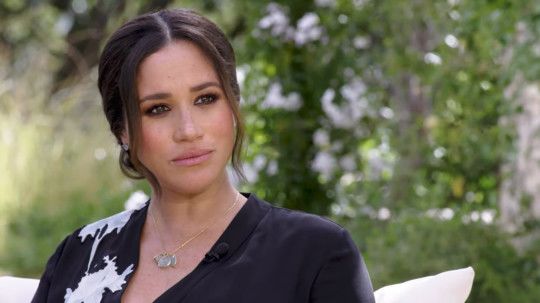 Following the airing of Meghan and Prince Harry’s illuminating interview with Oprah, then-GMB presenter Piers said that he didn’t believe several of the duchess’ claims, an opinion that he doubled down on after his exit.

Prior to his departure, he and weatherman Alex Beresford got into a heated row over his comments, which resulted in him storming off the GMB set.

Piers later admitted that he ‘shouldn’t have’ stormed off during their dispute, writing in an article for The Mail on Sunday: ‘I knew it wasn’t a good look, the great snowflake-basher running away from confrontation. And on reflection, I shouldn’t have done it.

‘But in the heat of the moment, in my rather strained state of mind, this seemed the less worse option.’

In a recent interview, ITV TV chief Kevin Lygo said that Piers was ‘irreplaceable’ on GMB, as the other presenters take turns presenting in his absence.

Describing the broadcaster as a ‘special thing’, Kevin told Deadline: ‘You can’t replace somebody like him. There is nobody like Piers, for good or bad.’