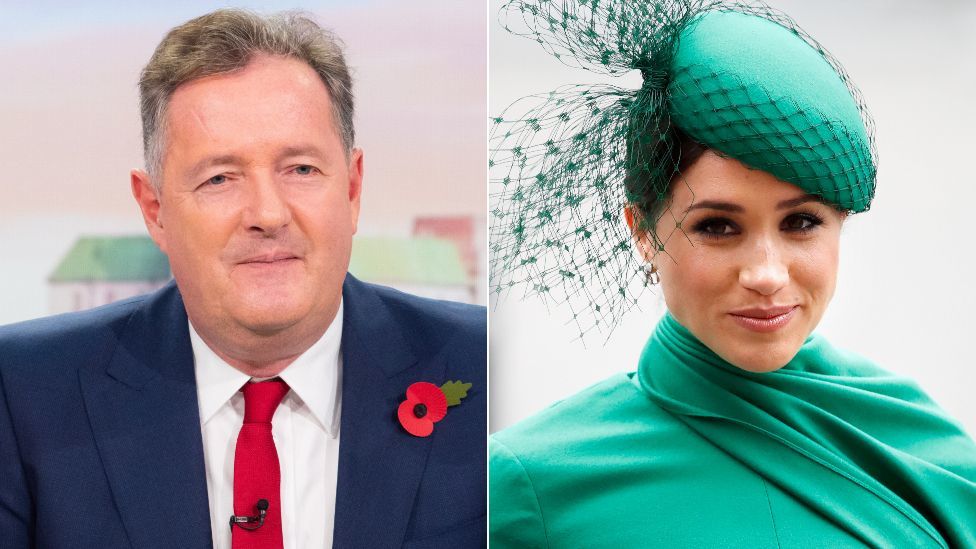 Piers Morgan first met Meghan Markle at a bar in Kensington in 2016.

At the time, the US actress was starring in legal drama Suits. She met Morgan while on a spring visit to the UK, as part of a trip that also included watching Wimbledon matches with her friend Serena Williams.

"And then I put her in a cab, and it turned out to be a cab which took her to a party where she met Prince Harry. And the next night they had a solo dinner together, and that was the last I heard from Meghan Markle.

"She ghosted me, Ryan," Morgan concluded. "Meghan Markle ghosted me."

She might have gone quiet on Morgan, but it certainly wasn't the last he and the rest of the world heard of Meghan.

Five years after those dirty martinis, she is the Duchess of Sussex, and her recent interview with Oprah Winfrey prompted so much anger from Morgan that it ultimately led to his exit from Good Morning Britain.

His departure has prompted a huge reaction from viewers and commentators, both positive and negative. But beyond those declaring their love or hatred for him, many have pointed out the far-reaching consequences of his exit.

It may be a symbolic and important gesture by a broadcaster concerned not to contradict its own message about mental health. But it will also mean the show loses its Rottweiler, who was widely praised for holding government ministers to account during the pandemic. 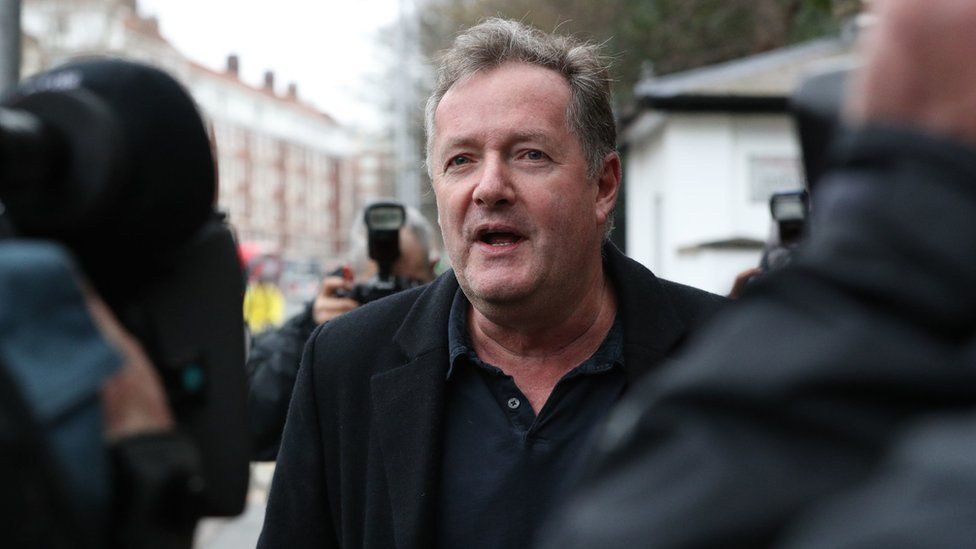 Morgan joined the ITV breakfast show in 2015, after several years of flagging ratings. GMTV had been rebranded as Daybreak, but that was failing to match the viewing figures of its predecessor.

In 2014, ITV decided it was time for another change. Daybreak was scrapped, Good Morning Britain was launched, and Susanna Reid was poached from BBC Breakfast.

Morgan's arrival the following year was disruptive, to put it mildly. He was combative and opinionated, a far cry from the usual warm, cuddly tone of breakfast television, and closer to the style of some morning programmes in the US.

Scepticism of woke culture was at the core of Morgan's appeal, to the point where he wrote a book on the subject in 2020. While the rest of society grappled with issues of social progress, Morgan's refusal to toe the politically correct line led to both backlash and praise.

His impact could be measured in a number of ways. First, there were the viewing figures, which increased dramatically. While BBC Breakfast held on to its crown, GMB improved its viewing share as people tuned in to hear Morgan's take on the day's events. As a result, ITV made more money from advertising.

You could also look at the column inches. The more outrageous Piers was, the more people would talk about him. The more news outlets wrote stories about him, the more clicks and ad revenue they got. By complaining so vocally, his critics were keeping him relevant, completing the cycle.

Those complaints from viewers and campaign groups were made both to Ofcom and ITV. 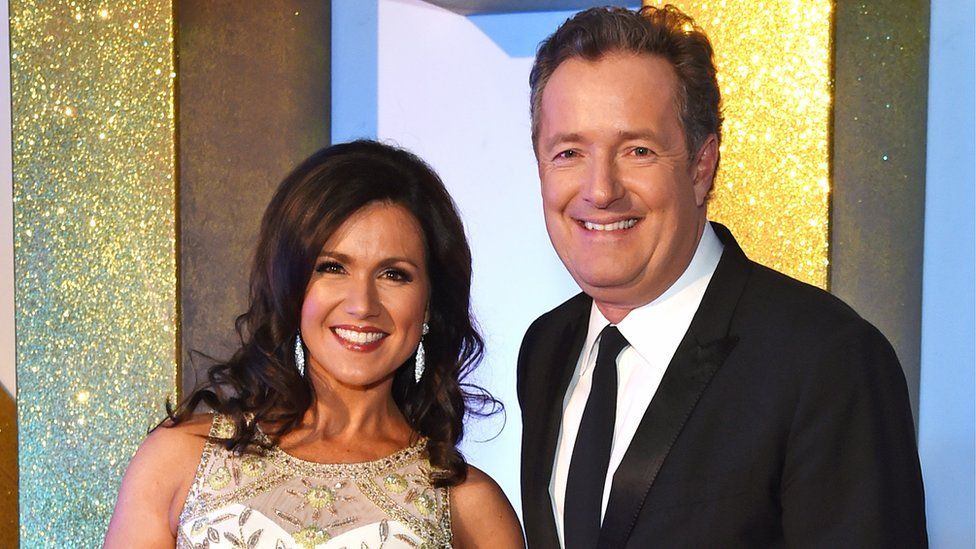 In 2019, an item about gender identity in which Morgan claimed he now "identifies as a penguin" prompted 1,000 complaints to the media regulator and outcry from charities and viewers. It sparked a petition, signed by more than 90,000 people, calling for his sacking. Proving his divisiveness, a counter petition was set up to keep him, and was signed by 72,000.

When a TV producer said on Twitter earlier this year that he would not work with Morgan again, the presenter responded by saying he would "rather employ a lobotomised Aardvark". That led to an open letter to ITV accusing Morgan of bullying, signed by more than 1,000 industry workers.

And yet, Morgan has always considered himself to have liberal views. His CNN programme in the US was famous for his campaigning on gun control. And he claims "not to have a prejudiced bone in his body", much to the incredulity of his opponents.

"The woke crowd loathe me, because the informed ones know I'm actually a liberal," he wrote in his book, Wake Up, last year. "So on paper, I'm one of them. I'm therefore the enemy within." Morgan added that he considers himself a feminist and a supporter of gay rights, civil rights and transgender rights - "apart from the absurd new trend of limitless self-identification".

But the damage his words have inflicted also cannot be ignored, such as his apparent dismissal of mental health issues. This is what ultimately led to his downfall after the Duchess of Sussex said she felt she "didn't want to be alive any more".

Morgan said he "didn't believe a word" the duchess had said in the interview. He later attempted to clarify his comments, saying his disbelief referred specifically to her claim that her request for support was rejected by Buckingham Palace. But by then, the damage was done.

Welsh Health Minister Vaughan Gething spoke for many when he described Morgan's comments as "wholly unacceptable, incredibly unkind and exactly where we should not be in public debate and discourse".

"We've won lots of ground by talking and being more open about mental health challenges," he said. "I think the comments and the tone of them would have set a number of people back."

Morgan was also accused of missing the mark on the issues of racism raised by Meghan. He has always maintained the press's coverage of her is motivated by her behaviour, not underlying racism.

"I'm sorry Piers, you don't get to call out what is and isn't racism against black people," Trisha Goddard told him on Monday's programme. "I'll leave you to call out all the other stuff you want, but leave the racism stuff to us, eh?"

However, Morgan had also won over some of his previous critics in the past year, for his challenging interviews with government ministers. The absence of these exchanges will be a big loss to the show, as Kevin Maguire and Krishnan Guru-Murthy have pointed out.

Hiring a shock jock was always going to result in controversy. But could ITV have done more to rein him in?

Channel 4 historian and media commentator Maggie Brown said: "Piers Morgan needed a stronger editor or producer to just keep him in check while allowing him to be bombastic, mainstream and successful. Himself. This is a common pattern for much appreciated TV stars who go on to overstep the mark."

And what might Morgan do next? Losing jobs has never stopped his career progression in the past.

After his exit from GMB, former politician George Galloway tweeted: "Dear Piers Morgan. You told me once 'a sacking is an opportunity'. It turned out that way for me and I hope it will for you. In fact I'm sure it will."

Morgan will not come cheap, but many would be keen to hire him all the same, particularly the soon-to-be-launched GB News. The channel's chairman Andrew Neil said on Wednesday that he would be open to giving Morgan a job.

It is perhaps fitting that Morgan's last ever appearance as a GMB presenter saw him finally get his six-year long wish.

"Good Morning Britain beat BBC Breakfast in the ratings yesterday for the first time," Morgan pointed out when he received the viewing figures for Tuesday's episode.