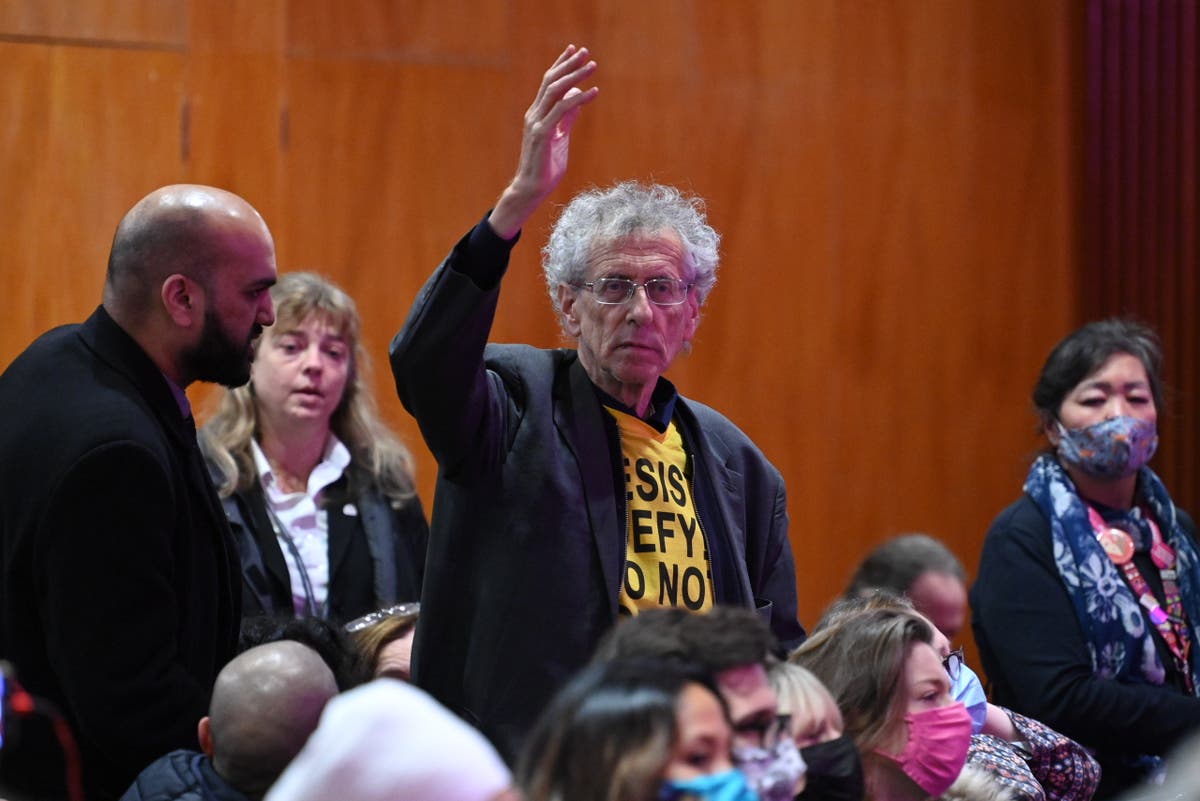 The anti-lockdown activist appeared to call for the attacks in a video circulated on social media
Piers Corbyn has been arrested on suspicion of encouraging activists to “burn down MPs’ offices”.

The Metropolitan Police said on Sunday morning they had arrested a man in his 70s, who they did not name, on suspicion of encouragement to commit arson.

The force said that the arrest related to a “video posted online in which people were encouraged to burn down MPs’ offices” after a video emerged on social media on Saturday which appeared to show Piers Corbyn, 74, encouraging activists to commit arson.

In the footage, Mr Corbyn criticised the new Covid restrictions.

In reference to the MPs who voted for the new rules, he appears to say that “We’ve got to hammer to death” those who have “decided to go ahead with introducing new fascism.”

He also said lists of the MPs could be found on the internet before saying: “Go to their offices – well, I would recommend burning them down, but I can’t say that on air. I hope we are not on air.”

The Metropolitan Police have previously said they were assessing the video.

Piers Corbyn, who is the brother of former Labour leader Jeremy Corbyn, also said in the video: “We’ve got to take down these lying MPs. And we’ve got to support and welcome all of those who have rebelled or voted against Boris, ie rebelled from the Tories or my brother and his mates who voted against the measures yesterday, which is a step forward.”

A number of politicians have since condemned the clip. Home secretary Priti Patel called the video “sickening”, adding: “I back the police to take the strongest possible action against him.”

Labour MP Yvette Cooper also criticised the video, saying: “We have lost 2 MPs to terrible violence in recent years – we know how incredibly serious this is.

“Police will have all our support in pursuing this.”

London Mayor Sadiq Khan retweeted the Metropolitan police statement about the arrest of a man “aged in his 70s” with the comment: “Hateful speech can lead to hateful action.

“Piers Corbyn’s despicable and dangerous comments could incite others to criminal behaviour and they have no place in our public discourse.”

Piers Corbyn addressed crowds at an anti-vaccine protest in Westminster on Saturday. He has been vocal in his criticism of lockdown restrictions and of the vaccination drive.