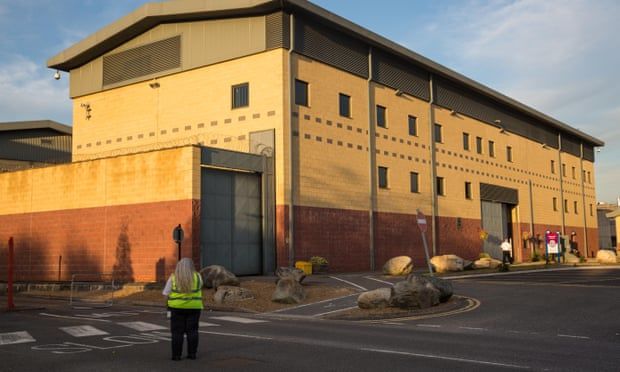 One man, who is in his 40s and of east African descent, is being detained at Colnbrook immigration removal centre near Heathrow airport since arriving in the UK via boat in May. He has been served a notice for removal to Rwanda by the Home Office, with his solicitors being given until Friday to respond.

He has been recognised as being a survivor of torture during an assessment by medical health practitioners while in detention, who have also recognised him to be at risk of self-harm or suicide due to his current and past trauma. The man is also suspected to have been a survivor of modern-day slavery and human trafficking, which he experienced prior to coming to the UK.

Despite this medical assessment he underwent while in detention, he was not offered counselling. Instead, he received a handout with suggestions on “how to feel better”, which included the suggestions: “do a crossword or sudoku” and “play an instrument or learn how to play one”.

In the letter, from Central and North West London NHS foundation trust, dated 30 May and seen by the Guardian, the man was told: “You have been referred to the Psychology Wellbeing Service for support for the trauma that you have experienced in the past. Unfortunately, at present we are unable to provide one-to-one psychology sessions due to unforeseen circumstances.”

The letter then stated that a “trauma handout pack” would be provided, which provides “information about trauma, techniques and strategies to support yourself” while in immigration detention.

The handout included a list of “45 things you can do to feel better”, which included suggestions such as: “Do a crossword or Sudoku”, “Ask the officers for a job”, “punch a punching bag”, “do some colouring or paint” and “try aromatherapy”.

Another Iranian man who is being detained, has been served a removal notice and has also been recognised as being a survivor of torture, has received the same letter.

Gina Skandari, a solicitor at Duncan Lewis who is representing the client, said that the Home Office failed to take adequate safeguarding measures when they were notified of her client’s intention to kill himself.

She said: “Trauma-related mental health issues require expert treatment – this cannot be substituted with an information pack recommending aromatherapy and a new haircut. In light of the clear failings within the system, the Home Office should reconsider its policy on detaining vulnerable people.”

“A high proportion of the detainee population have severe mental health issues due to their implicit vulnerabilities and as a direct result of detention. The Home Office should implement more rigorous mental health screenings to identify individuals in their care who are at risk of harm, in order to offer appropriate support.”

A Home Office spokesperson said: “The health and welfare of those in immigration detention is of the utmost importance to us.