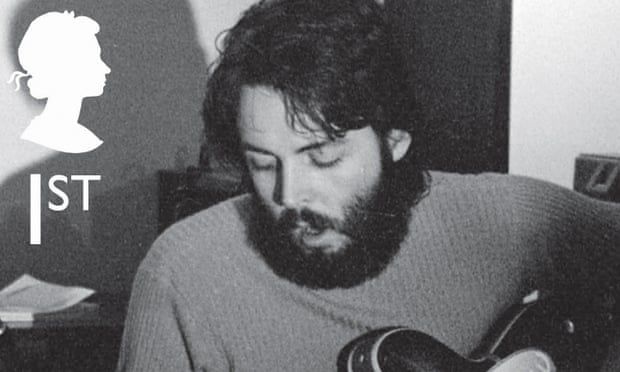 Paul McCartney to be honoured with a set of postage stamps

Royal Mail has honoured Sir Paul McCartney with a set of 12 special stamps. The main collection features images of eight career-defining albums – solo and with Wings – McCartney, RAM, Venus and Mars, McCartney II, Tug of War, Flaming Pie, Egypt Station and finally McCartney III, which he recorded alone in 2020 during the pandemic and which topped the UK album chart last December.

A mini sheet of four additional stamps shows McCartney in the recording studio, with photos selected from across three decades: recording McCartney in 1970, RAM in 1971, McCartney II in 1980 and Flaming Pie in 1997. 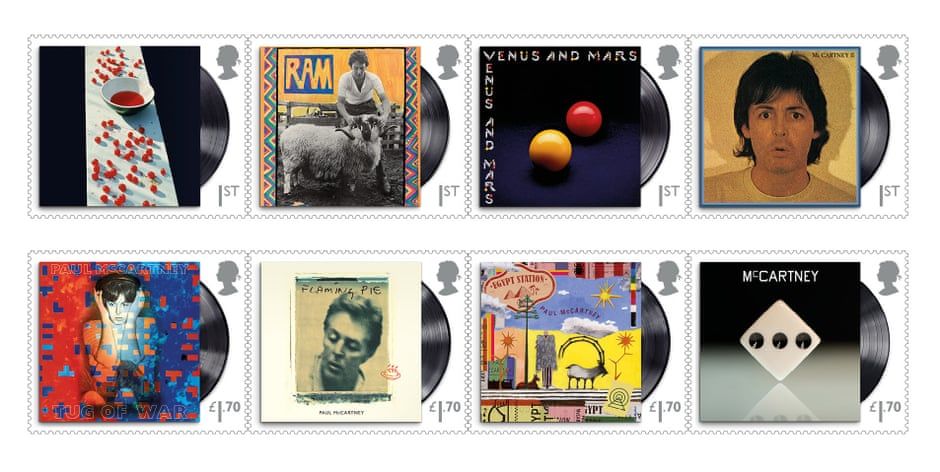 Royal Mail called the stamps “a fitting tribute to one of the UK’s much loved and revered musical icons”.

McCartney is one of only three solo music artists to get his own dedicated stamp issue, following David Bowie in 2017 and Elton John in 2019. Queen were honoured with their own stamps in 2020. 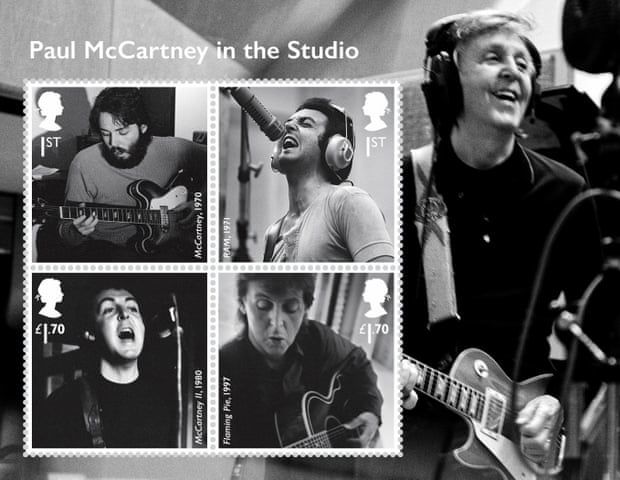 The mini-sheet of studio portraits.

The stamps go on sale on 28 May in a wide variety of formats, from a presentation pack to a prestige stamp book and framed images.

McCartney is preparing to publish a two-volume memoir in November, described as a “self-portrait in 154 songs” that stretches to more than 900 pages. A statement from publisher Allen Lane said the books would explore “the circumstances in which [the songs] were written, the people and places that inspired them, and what [McCartney] thinks of them now”.