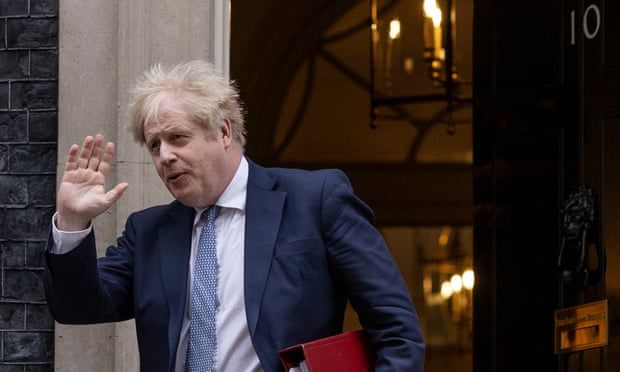 Partygate: ministers refuse to disclose pictures taken by No 10 photographers

Cabinet Office won’t confirm or deny existence of taxpayer-funded photos of illegal gatherings after freedom of information request
Ministers are refusing to disclose any pictures taken by official No 10 photographers of illegal gatherings held inside Downing Street, prompting Labour to call on Boris Johnson to “come clean and release these photos”.

The Cabinet Office refused to confirm or deny the existence of any photographs of events in the cabinet room, leaving parties, and a party in the prime minister’s Downing Street flat, after official pictures of the gatherings were requested under freedom of information laws.

It said disclosing such information could prejudice the investigation, and contravene the principle of “fairness” under data protection regulations.

It has been reported that photographs taken by taxpayer-funded official photographers for No 10 are among the evidence handed to Sue Gray for her investigation into the parties, including one of Johnson’s birthday gathering on 19 June 2020, where he is allegedly holding up a beer towards the camera in a toast.

The refusal prompted Angela Rayner, Labour’s deputy leader, to demand the release of the photographs.

“The Downing Street photographer is funded by the taxpayer. The public have every right to see the photos that their hard-earned money has paid for,” she said. “By blocking their publication, Boris Johnson is trying to cover up his own rule breaking.

“As this government inflicts crippling tax hikes on working families during a cost of living crisis, the least they can do is be honest about what that money is being spent on. Boris Johnson must come clean and release these photos.”

It comes as the government is under fire over its lack of transparency over who has been issued with fines over the Partygate scandal. The government is not requiring civil servants to disclose to the Cabinet Office if they receive penalties after a police investigation. Only Boris Johnson and Simon Case, the cabinet secretary, have committed to revealing whether they are hit by fines.

Jill Rutter, a senior fellow at the UK in a Changing Europe thinktank, wrote on Tuesday that Partygate “should not degenerate into a Whitehall version of Cluedo … the Met should stop dribbling out fines; there should be a commitment to name the most senior civil servants and all ministers fined”.

Helen MacNamara, the former head of propriety and ethics in the Cabinet Office, issued an apology after a leak named her as one of the 20 people issued with fines as part of the Met investigation.

A leaving party for Kate Josephs, who ran the Covid taskforce, has also attracted fines in the first wave of penalty notices. Josephs is now on paid leave from her job as chief executive of Sheffield city council pending an investigation and it is not known whether she has personally received a fine.

Gray has the power to name senior civil servants in her report although she may choose not to use it. In her interim report, she named no names and referred only to the “senior official whose principal function is the direct support of the prime minister” – thought to be an allusion to Martin Reynolds, the principal private secretary.
#Boris Johnson  #Johnson  #Covid
Add Comment