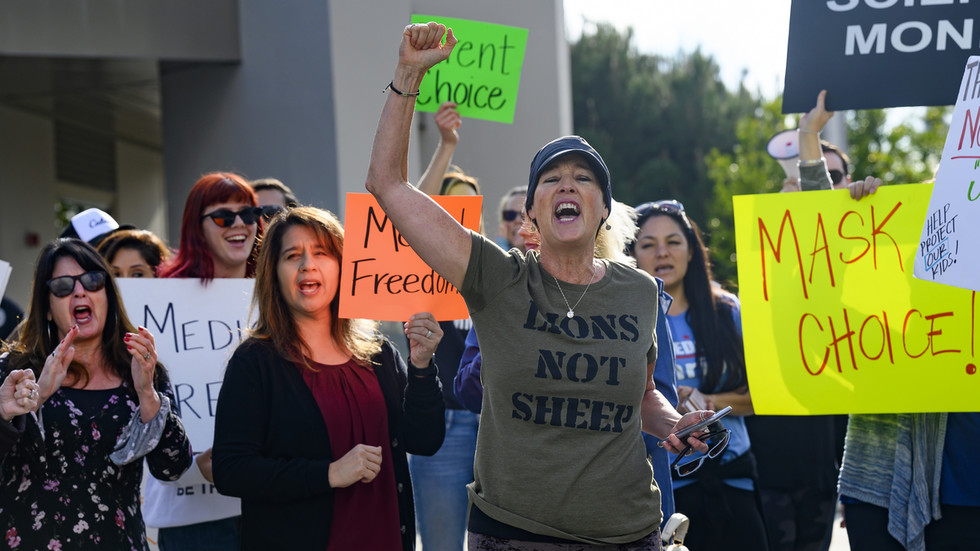 The Ripon Unified School District in California’s Central Valley warned parents this week about “potential actions” that could be taken against parents and students who do not comply with a mask mandate in place.

In a letter sent to parents this week, first reported on by Red State, parents are told to “remove” any children from campus who do not have face coverings. It goes on to say children who do not comply could lead to labeling the offending child’s presence as a “clear and present danger to the life, safety, or health of a pupil or school personnel.”

Other potential consequences include contacting Child Protective Services on the “abandoned” child, as well as identifying the students as truants, which could ultimately lead to criminal charges against the parents.

“Again, the District would hope that it isn’t forced to consider these admittedly more drastic alternatives, but what action the District ultimately is forced to take is dictated by your actions in this regard,” the letter warns.

Officials with the school district told local media that the letter was sent out because a “few individual families” were “demanding” to know the legal consequences of not complying with the mask mandate.

Options like calling Child Protective Services are “part of the general legal guidance that was prepared for several districts,” but do not reflect “district policy,” school officials told a local ABC affiliate.

Mask mandates in schools currently vary across the US with some states flatly denying them, while others firmly keeping such precautions in place, nearly two years after schools first went to remote learning in light of the Covid-19 pandemic.

Mask mandates and mandate bans have both led to protests from parents across the US, as well as various legal battles, including a lawsuit against Virginia Governor Glenn Youngkin from multiple school districts over a recent executive order banning mask mandates in schools.

mike 184 days ago
More than 30 states in the USA have abolished the mask requirement because it is total nonsense.
View all comments (1)Add comment