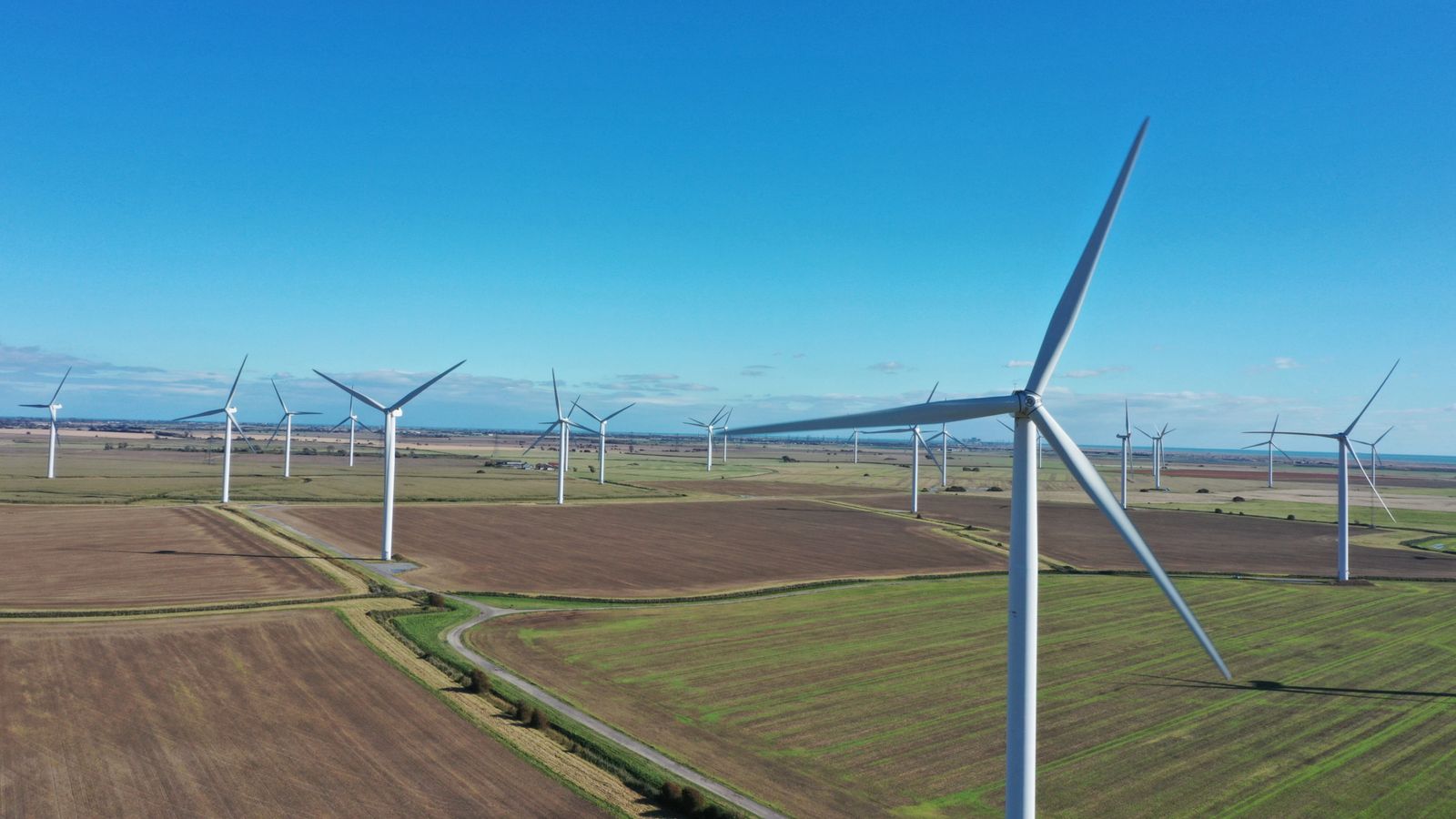 The government has U-turned over its ban on onshore wind by saying turbines could be installed if the projects gain the support of local communities.

The Department for Levelling Up has launched a consultation to explore how councils can "demonstrate local support and respond to views of their communities when considering onshore wind development in England".

And if local people agree to having windfarms in their area, they could end up with lower energy bills too.

Onshore windfarms were effectively barred under the leadership of David Cameron when he excluded them from government's green energy subsidies.

And asked during the summer Tory leadership contest what his position was, the now-Prime Minister Rishi Sunak insisted to Sky News that he stood by the ban.

But there has been a growing rebellion on the Tory backbenches since he took power calling for it to be lifted.

Around 35 MPs - including former prime ministers Boris Johnson and Liz Truss - signed an amendment to the Levelling Up Bill from former housing secretary Simon Clarke to allow new onshore wind projects in England.

But others in the party are reported to have written to Mr Sunak, calling for him to stick to the ban.

The bill is due back in the Commons next week, and the government has already reversed its mandatory house-building target of 300,000 a year to try and ensure its passage.

In a letter to MPs, Levelling Up Secretary Michael Gove said the government "recognises the range of views" in the party, but added: "We believe that decisions on onshore wind are best made by local representatives who know their areas best and underpinned by democratic accountability."


A statement from the department said that under the proposals, "planning permission would be dependent on a project being able to demonstrate local support and appropriately address any impacts identified by the local community".

It added: "Local authorities would also have to demonstrate their support for certain areas as being suitable for onshore wind, moving away from rigid requirements for sites to be designated in local plans."

The department also said certain protections would remain in place, so National Parks and the Green Belt would stay turbine free, for example.

But as part of the consultation, the government would "seek views on developing local partnerships for supportive communities, so that those who wish to host new onshore wind infrastructure can benefit from doing so - such as through lower energy bills". 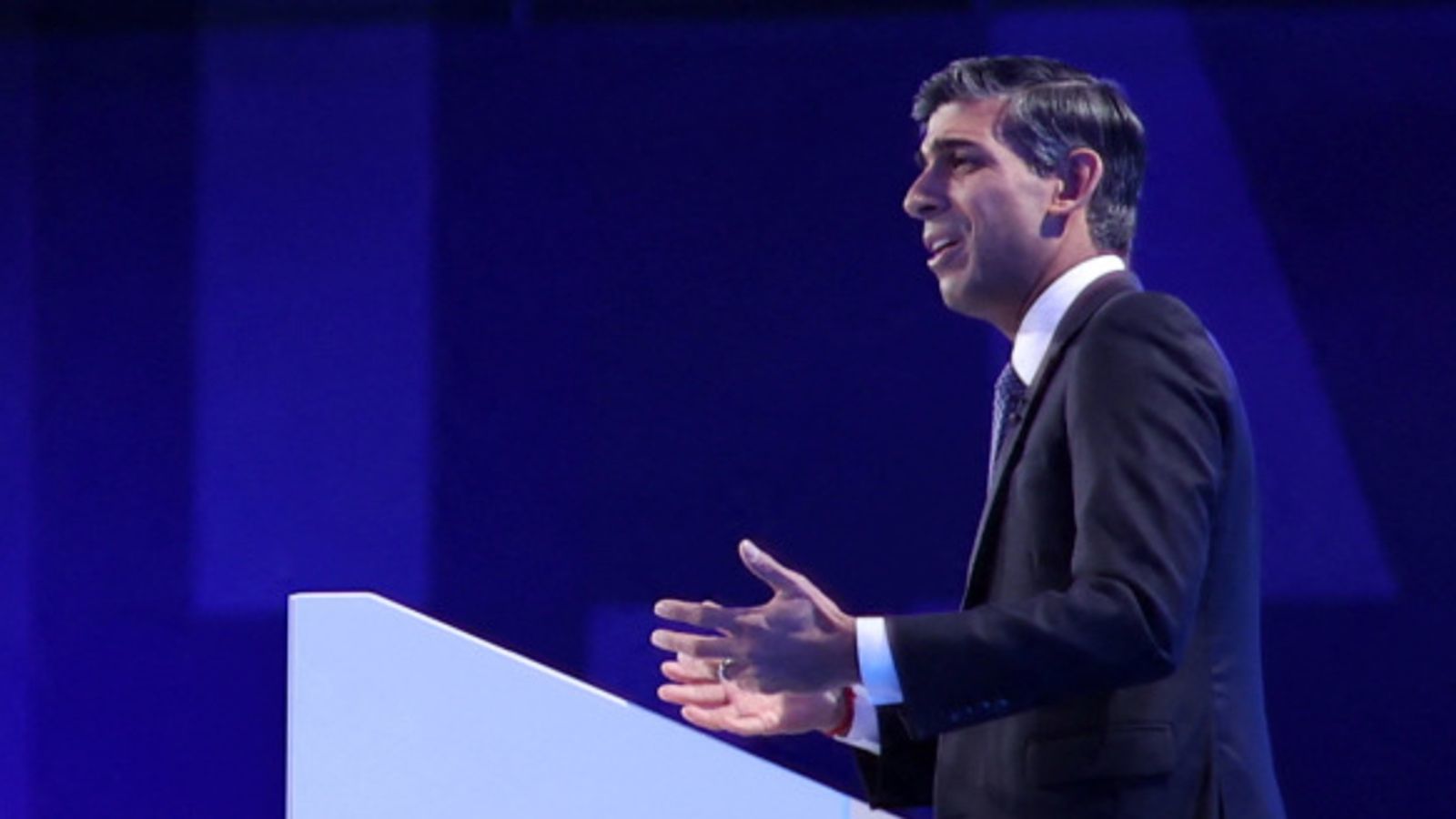 Rishi Sunak said during the summer leadership campaign that he backed the de facto ban on onshore wind
The statement said the policy decision came after "positive engagement with MPs".

And leader of the rebellion Mr Clarke said he was "really pleased" to see a "sensible agreement" reached on the issue.

Campaigners and energy firms also praised the change of heart, with Octopus Energy saying the removal of "red tape" would help cut the UK's dependency on fossil fuels.

But Labour's Lisa Nandy accused ministers of being "in office but not in power", saying: "Fresh from rolling over to their MPs on housing targets, they are now being forced into this position because they're too weak to stand up to another backbench rebellion.

"We will need to see the detail, but if it is some sort of fudge that leaves in place a very restrictive system for onshore wind - the cheapest, cleanest form of power - would continue to deny Britain lower energy bills and improved energy security during an energy crisis."

Liberal Democrat MP Wera Hobhouse said the government had £"dragged their feet for years" over the decision, but also questioned if the U-turn went far enough.

"Even this U-turn would make it far too difficult to get onshore wind projects off the ground," she said. "Renewable energy companies will face having to jump through hoops meaning we risk seeing a de facto ban on onshore wind remaining in place.

"Why is it that this Conservative government is always behind the curve on Climate Action?"

The technical consultation on changes to the National Planning Policy Framework will be launched this month and conclude by April 2023.
#Boris Johnson  #Johnson
Add Comment