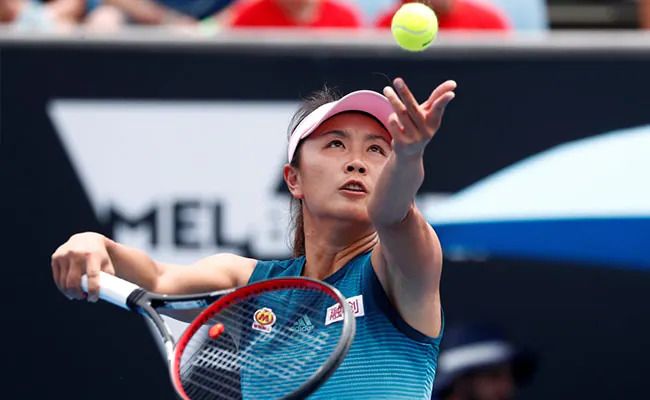 Tennis authorities, as well as the UN, have challenged Chinese authorities to provide undisputable evidence of Peng Shuai's whereabouts.
The International Olympic Committee's Athletes' Commission pleaded on Saturday for "quiet diplomacy" to resolve the question of Chinese tennis player Peng Shuai, who has not been seen publicly since allegations against a former vice-premier.

Peng's allegation that she was forced into having sex during an on-off relationship spanning several years was quickly deleted from social media.

While the tennis authorities, as well as the United Nations, have challenged the Chinese authorities to provide undisputable evidence of Peng's whereabouts, the commission, which represents athletes within the IOC, struck a softer chord.

"Together with the worldwide athlete community, the IOC AC is very concerned about the situation of three-time Olympian Peng Shuai," former Finnish ice hockey player Emma Terho, president of the Athletes' Commission, tweeted on Saturday.

"We support the quiet diplomacy approach that is being taken and hope it will lead to the release of information about the whereabouts of Peng Shuai and confirmation of her safety and well-being."

Terho, a two-time Olympic bronze medallist, also hoped that "a way can be found for direct engagement between her (Peng) and her athlete colleagues".
The statement underlines the softly-softly approach adopted Thursday by the IOC which is mindful of offending China just three months before Beijing is due to host the Winter Olympics.

In a short statement on Saturday, a spokesperson for the Olympic body acknowledged "the concerns expressed by so many athletes and National Olympic Committees" but insisted it would continue with its "quiet diplomacy".

"This approach means we will continue our open dialogue on all levels with the Olympic Movement in China," said the IOC statement.
Add Comment