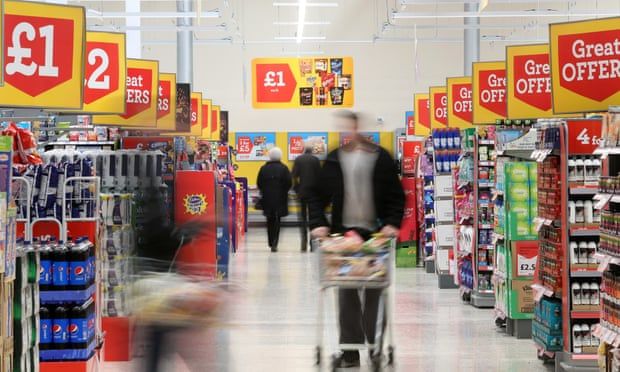 The cost of living crisis will trigger an increase in crime and officers should use their “discretion” when deciding whether to prosecute people who steal in order to eat, the new chief inspector of constabulary has said.

“The impact of poverty, and the impact of lack of opportunity for people, does lead to an increase in crime. There’s no two ways about that,” Andy Cooke said as inflation hit a 40-year high of 9%.

When asked how policing could avoid being seen as the arm of an uncaring state, he said forces across England and Wales were skilled in dealing with the tensions and dynamics of their communities.

“What they’ve got to bear in mind is what is the best thing for the community, and that individual, in the way they deal with those issues. And I certainly fully support police officers using their discretion – and they need to use discretion more often.”

Cooke said he was not advocating an amnesty for people who commit crimes of poverty, nor “giving a carte blanche for people to go out shoplifting”. Instead, he advised officers to make sure such matters of law enforcement are “dealt with in the best way possible”. 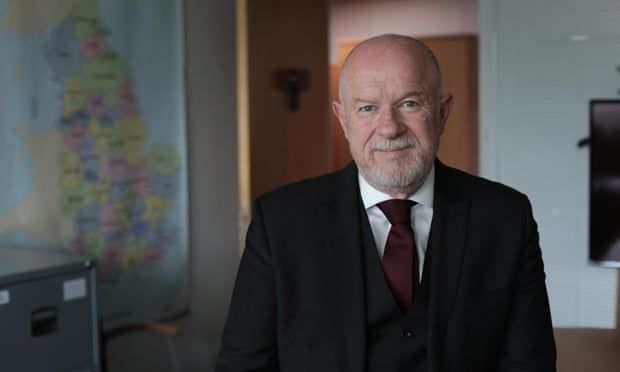 *  Every burglary victim should get a visit from the police.

*  Forces may be marked down by the inspectorate if they fail to do so.

*  The charging rate should more than treble, from the current 6% to at least 20%.

*  The criminal justice system is failing victims of rape.

*  Policing is still recovering from cuts inflicted by Conservative-led governments from 2010.

The chief inspector of constabulary is the head of the independent assessor of police forces in England and Wales. Cooke, a former chief constable of Merseyside police, took over from his predecessor Sir Tom Winsor last month.

Past economic slumps have led to a rise in offences such as theft, and Cooke said surging inflation and fuel costs were likely to eat away at police budgets.

Speaking on the cost of living crisis, a key issue that will have knock-on effects for policing in the coming months, Cooke said: “I think whenever you see an increase in the cost of living or whenever you see more people dropping into poverty, I think you’ll invariably see a rise in crime. And that’s going to be a challenge for policing to deal with.”

He believes that rank-and-file officers should be trusted to use their own judgment in some cases. “It’s one of the great things about being a police officer, you’re allowed to make your own decisions in relation to all of these issues. It’s not a new thing,” he said.

But this did not mean an amnesty for certain crimes, he added. “There’s always individual cases where you can use your discretion that doesn’t necessarily result in a prosecution but is dealt with in the best way possible. And the shoplifting one’s a good example, isn’t it?”

One chief constable whose area includes pockets of poverty agreed with Cooke. “There is a difference between a first-time offender who steals bread, cheese or milk to eat, and someone stealing to feed an addiction,” they said. “Police are there to help people in extreme need, that’s why we joined. We can signpost them to a food bank or help like that.”

Away from the cost of living, Cooke said the charging rate for recorded offences at 6% was far too low and he expected a dramatic increase. “I think it’s not unrealistic to aim for 20%. That’s a realistic expectation in my view.”

He would not put a timeframe on reaching that target, but said: “I think when we have a return of 20,000 police officers and those officers have had an opportunity to be properly trained, with sustained financial support from the government, I think that’s a realistic ambition.”

As part of boosting confidence in policing, Cooke said every burglary victim should get a visit from police to scour for fingerprints and other forensic evidence. He said this was necessary and achievable“because burglary is an exceptionally invasive crime”, often offering “forensic opportunities”.

He said: “After you’ve suffered such a crime as burglary, the expectation should be that as a victim you get professional service from policing. So when I was a chief that was my expectation, and that expectation doesn’t change now.”

He said the inspectorate would consider marking forces down if every burglary victim does not get a visit. “If I got burgled, I would be absolutely devastated if all I got was a phone call.”

Charge rates for rape stand at barely above 1% and Cooke accepted victims were being failed. “Any charge rate that sits around 2% in relation to such a serious offence must mean there is a failure somewhere.”

Policing suffered from years of cuts and is nowunder pressure from the current Conservative government and the public to boost crime fighting. Cooke said forces were still recovering from the cuts but things were beginning to return to a “better position”. However, it would take “some years” for the 20,000 extra officers currently being recruitedto become effective, he said.

Figures show public confidence in the Metropolitan police, Britain’s largest force, is at its lowest on record. Only 49% of Londoners thought local police did a good job, down from 68% in March 2017 when Cressida Dick became commissioner.

Cooke said the inspectorate would try to stop forces falling into crisis and was currently inspecting the Met.