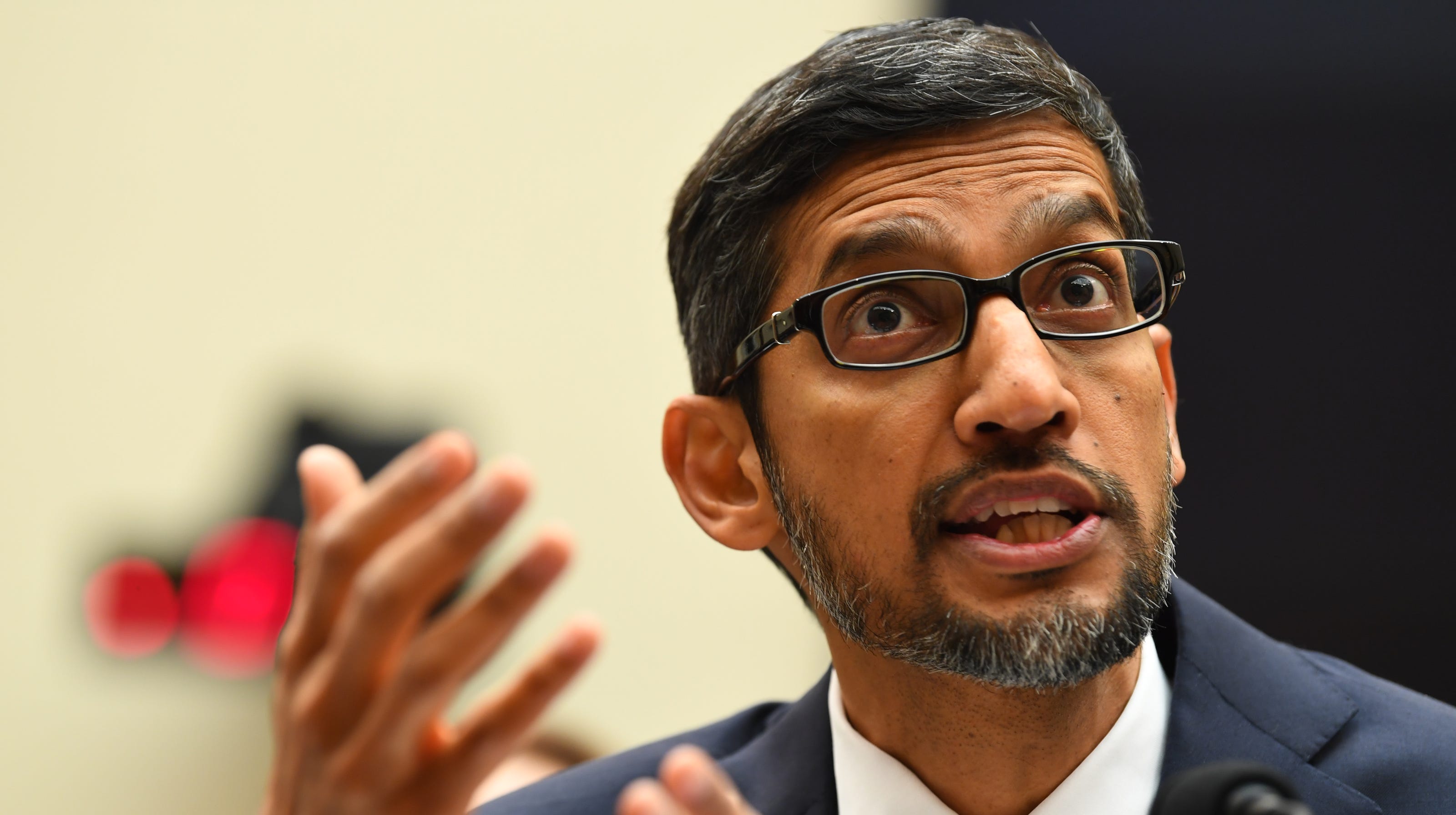 But senators questioning him Wednesday via videochat alongside Facebook's Mark Zuckerberg and Twitter's Jack Dorsey couldn’t pronounce his name correctly, including Sen. Roger Wicker, chairman of the Senate Commerce, Science and Transportation Committee.

Pichai is pronounced "pitch" like in baseball and "chai" like the latte – or "pih-chai" – but lawmakers came up with endless variations, addressing him as "Mr. Pick Eye," "Mr. Pish Eye" and more.

Born in Chennai, India, Pichai was the only executive of color and the only immigrant giving testimony Wednesday. He also runs a trillion-dollar company that is one of the world’s best known and most powerful.

'Who the hell elected you?':Tech CEOs accused of bias against Trump and conservatives days before election

“Please. Pronounce Sundar’s name correctly. This is offensive and embarrassing,” tweeted Lexi Reese, chief operating officer of tech company Gusto, pointing lawmakers to an instructional video on YouTube, which is owned by Google.

Senators had no trouble pronouncing Zuckerberg or Dorsey, though Sen. Ron Johnson, R-Wis., stumbled once and referred to Zuckerberg as "Mr. Zuckerman."

During Wednesday's hearing, Senate Republicans accused leaders of the nation’s top internet companies of politically motivated bias and suppression, and warned them of upcoming challenges to decades-old legal protections that shield them from liability for what users post on their platforms.

“The time has come for that free pass to end,” Wicker said in his opening remarks.

Conservatives have complained for years that social media companies systematically silence the political speech of right-leaning users despite consistent evidence that conservative voices and viewpoints dominate the conversation on these platforms.

Tech leaders deny any partisanship, saying their policies strike a balance between allowing users to freely express themselves and keeping hate, abuse and misinformation off their platforms.

Sundar Pichai deserves the respect to have his name pronounced correctly. It is lazy and irresponsible for Congress members to not get it right. We can’t expect them to actually understand 230 but basic courtesy would be nice.

Evergreen tweet given how so many Senators intentionally mispronounced @sundarpichai's name today. https://t.co/tLRfDFdXr2