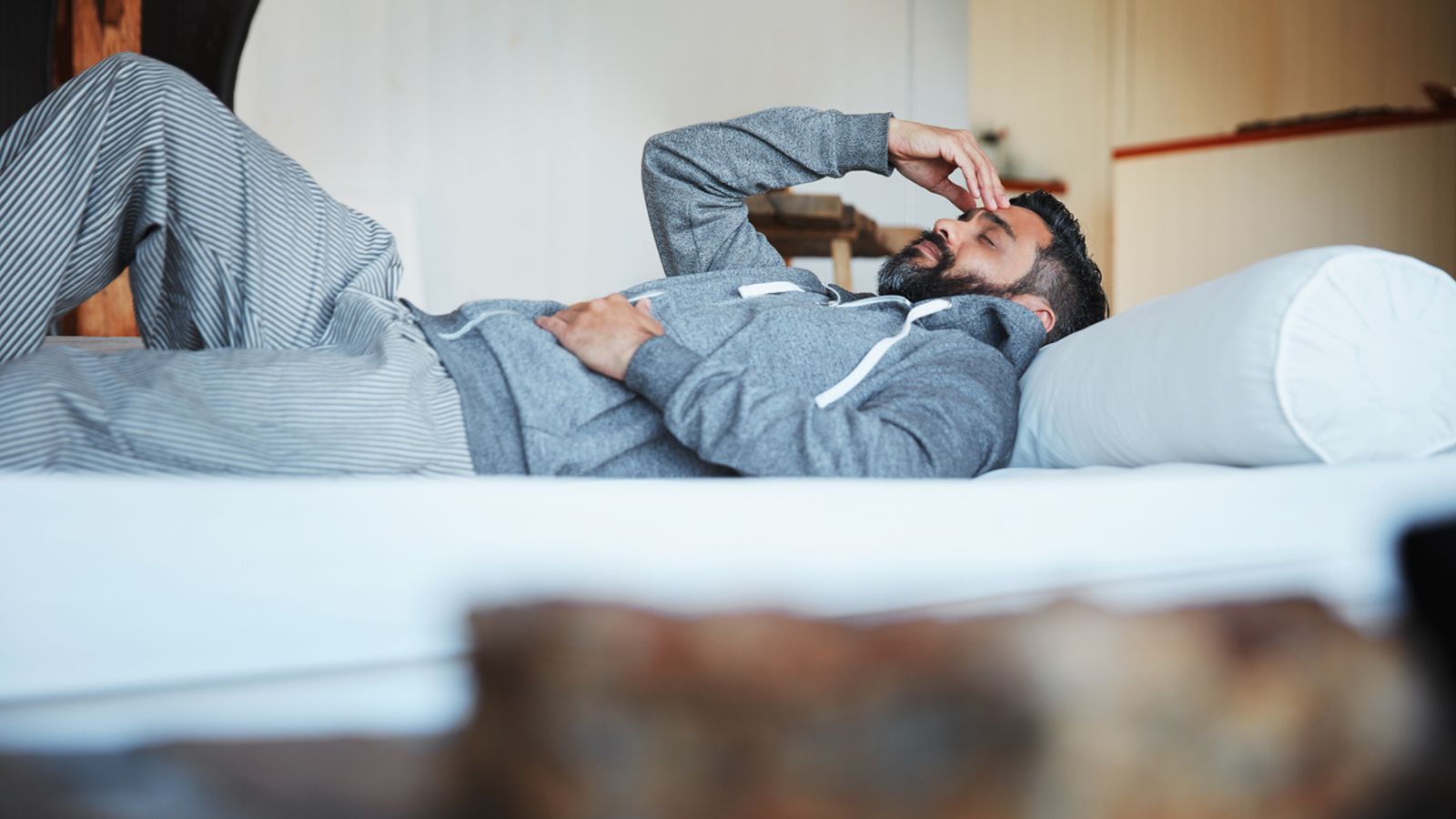 Of all the troubling signs, the increase in 'economic inactivity' is perhaps the most worrying

The number of people classed as economically inactive because they are long-term sick has reached a record high, with the largest rise among the over-50s - taking millions of people out of the workforce.

Of all the troubling vital signs displayed by the British economy, the increase in "economic inactivity" is perhaps the most worrying.

Since the pandemic the number of people neither working nor seeking work for a range of reasons has risen to more than nine million people, one-in-five working age adults.

Initially it was driven by an increase in students deferring the transition to work, but latterly a more worrying underlying trend has emerged; long-term sickness.

The numbers of those classed as economically inactive because they are long-term sick has reached a record high, with the largest rise among the over-50s - taking millions of people out of the workforce.

In the three months from June to August the rate of economic inactivity increased by 0.6 percentage points to 21.7%, with 624,000 more people out of the workplace in August than before COVID-19 stalled the economy.

This is weighing heavily on a labour market already extremely "tight" - the euphemism for an economy struggling to fill the jobs it needs doing.

Unemployment in the quarter to August was down to 3.5%, a 48-year low, but so was employment, the second successive month in which fewer people were working and fully one percentage point below pre-pandemic levels.

The number of vacancies also dipped again, but there are still more unfilled roles than there are unemployed people (defined as those looking for work) with only 0.9 for every available job. 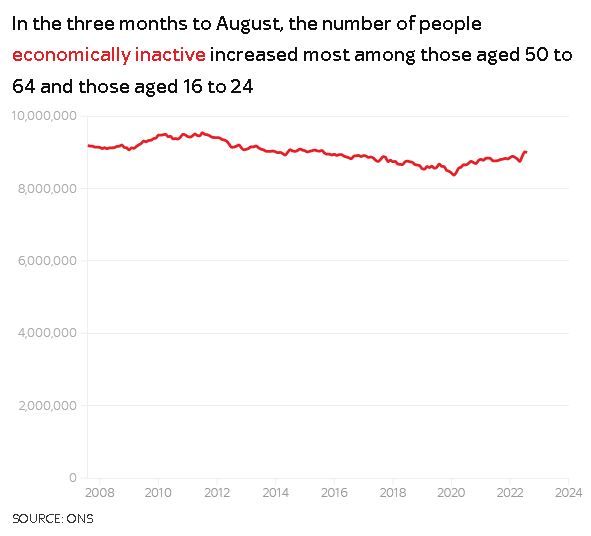 Reversing the rise in inactivity is a huge challenge made harder, and perhaps caused to a degree, by the pressure facing the NHS.

There is a clear link between economic inactivity and NHS treatment delays. 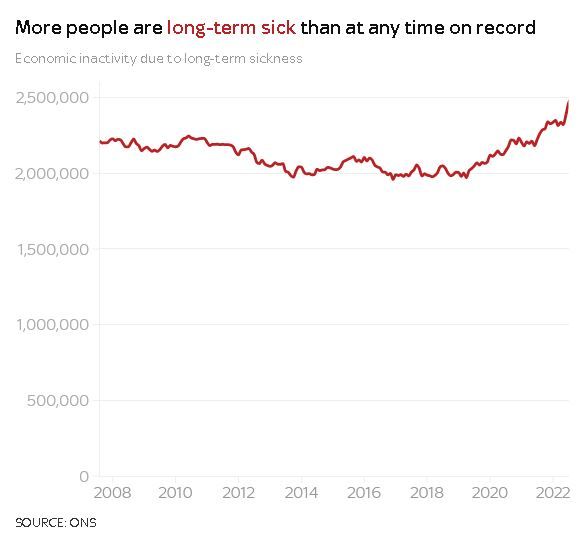 The number of people waiting for non-emergency treatment after being referred has risen from a little below four million to just short of seven million since 2020, and a remarkable 18% of economically inactive over-50s are among them, according to the Office for National Statistics.

For a government fixated on growth to fix public services these data are enough to turn the stomach.

The prime minister has repeatedly said that you cannot have a healthy NHS without a strong economy, but the latest employment trends suggest the opposite is also true; the economy will not have the workers it needs to grow if the health service can't meet demand to get them there.