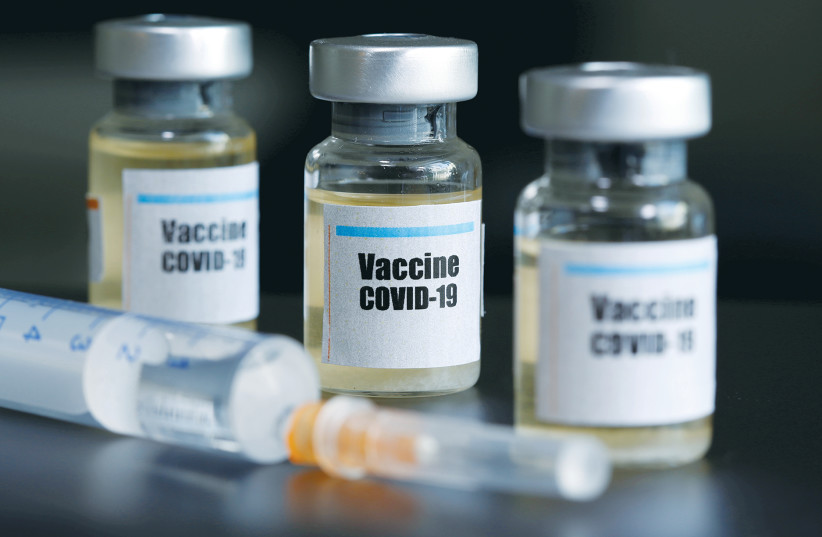 About six in 10 (58%) United States citizens would agree to get vaccinated for COVID-19.
Former presidents Barack Obama, George W. Bush and Bill Clinton have volunteered to get the COVID-19 vaccine on camera to promote confidence in the vaccine's safety for the public, CNN reported on Wednesday.

Bush's chief of staff, Freddy Ford, told CNN that the former president had reached out to the director of the National Institute of Allergy and Infectious Diseases, Dr. Anthony Fauci, and Dr. Deborah Birx, America's top infectious disease expert, to see how he could help push the vaccine.

Clinton's press secretary also told CNN that he would be willing to get the vaccine in a public setting to promote its safety.

Obama told SiriusXM host Joe Madison that, when the vaccine is available, he plans on getting it and may even get it on camera if that will help people to trust it.

The possibility that many citizens will refuse to take the vaccine has worried health officials in recent months, although more and more Americans have become willing to accept the vaccine since Pfizer and Moderna released efficacy updates last month.

About six in 10 (58%) United States citizens would agree to get vaccinated against COVID-19 if an FDA-approved immunization was available today at no cost, according to a Gallup poll released in November, compared to 50% in a September Gallup poll.

In Israel, Health Minister Yuli Edelstein told Ynet earlier this week that while officials must set an example and get vaccinated, vaccines need to be preserved for at-risk populations.

"I promise you that if I am the first to get vaccinated," he said, "the next day there will be an article on Ynet: 'What a detached and rude person. By what right does he get a vaccination that my mother, a Holocaust survivor, deserves?'"
#COVID-19  #vaccine  #Pfizer  #Covid  #Vaccines

Oh ya 128 days ago
Let the sheeple get the jab if they want and if they trust it so much it should not bother them that the educated don't get the jab. The people driving around alone in their cars with masks on should be the fist to get it as they have shown everyone that they are brain dead anyway
View all comments (1)Add comment