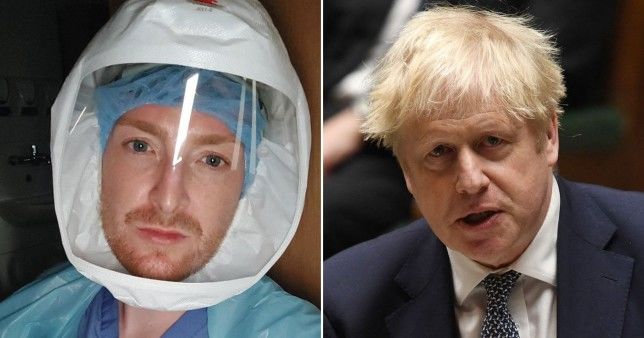 A nurse who spent his 30th working on a ‘battlefield’ Covid ward in the height of the first lockdown said Boris Johnson ‘isn’t fit to lick the boots of NHS staff’.

Frontline workers have reacted furiously to reports the prime minister was thrown a surprise birthday party in June 2020 by his wife Carrie, when indoor social mixing was banned.

Matthew Tovey recalled how he went home to an empty house after a gruelling 13 hour shift on his 30th birthday on June 29 2020 – just 10 days after the alleged bash.

Another nurse told Metro.co.uk how she was fined £10,000 for organising a socially distanced protest over the 1% pay offer last year as she called on the PM and ‘everyone defending him’ to quit.

No 10 has conceded staff ‘gathered briefly’ in the Cabinet Room on the afternoon of June 19 2020 after it was alleged 30 people attended, shared cake, and sang ‘happy birthday’ to the PM.

Ministers have tried to play down the significance of the reports, with culture secretary Nadine Dorries suggesting ‘having cake in the office’ does not amount to a party. 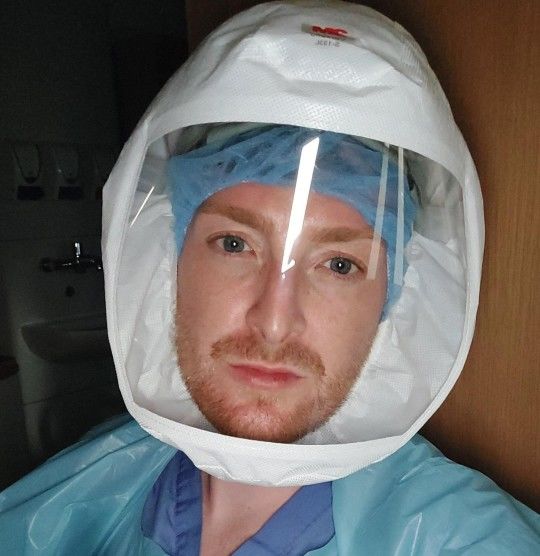 Matthew Tovey spent his 30th working and alone in June 2020

But Matthew, a nurse working on a high dependency unit in Cardiff, said the claims are a ‘kick in the teeth’ to NHS staff and everyone else who abided by the rules.

Matthew recalled how in the early months of the pandemic, ‘wards and departments were like battlefields because there was just so many patients and no staff’.

‘Colleagues had poor PPE, they worked away from their homes and their families because they were terrified of passing something onto them, people were suffering from stress and anxiety pulling 13 or 14 hour shifts, it was absolutely crazy,’ he said.

When Matthew turned 30 he did not see any of his loved ones and even had to eat lunch by himself due to strict social distancing rules in the canteen of his hospital.

Matthew said: ‘My 30th was very much a solemn affair because I was working and I couldn’t see my family. 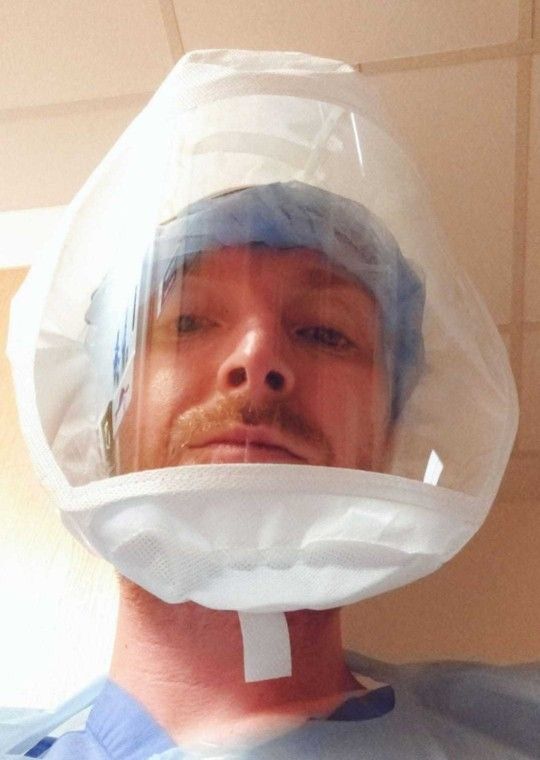 ‘I had a big plan which I had to cancel but we all had to abide by the rules and grin and bear it.

‘In the [hospital] canteen when we went for food there was all sorts of barricades so we couldn’t even sit by each other.

‘There was makeshift sheets of perspex glass between people, there was social distancing, there was no cake and no singing, it was so strict.

‘We would have stuck to the rules regardless, because that is our moral duty, but it just makes you feel so low and defeated knowing that you have worked your back off trying to keep people safe and you have given up everything and the government can’t even stick to their own rules.

‘They are not fit to lick the boots of NHS staff.’

Matthew called on the prime minister to resign to save the health service from further turmoil.

He fears the latest Downing Street rule-breaking claims could be the last straw for many nurses whose morale is at an all-time low amid a pay rise row and a staffing crisis.


While life for most of the British public has gone back to normal, Matthew says nurses ‘did not get their freedom back’ and are making the same sacrifices as in March 2020.

‘Now is a critical moment for the NHS and I just feel like if things aren’t corrected and there isn’t a show of leadership the NHS will crumble, it is on a knife edge,’ he said.

‘Things are better in regards to infection rates being lower, but in terms of staffing numbers and morale we are in a crisis.

‘People are leaving in droves because they don’t think things will get any better, they can’t see a light at the end of the tunnel.

‘I know about four or five nurses in the last week who have left the NHS for agency work.

‘There’s a multitude of factors as to why people leave but this could be the final nail in the coffin for most people.

‘People think its one rule for them and another for us. While members of the government were partying and drinking we were at the coalface saving people’s lives.’

The nation is now waiting on tenterhooks for the publication of senior civil servant Sue Gray’s inquiry into multiple allegations of lockdown-breaching parties in Downing Street.

Boris Johnson’s future was hanging in the balance on Tuesday night after the Met Police finally announced they would be investigating the claims in a dramatic change of course.

But one enraged nurse questioned why this took so long happen as she called for the PM and senior members of government defending him to quit.

Karen Reissmann, 62, was hit with a huge £10,000 fine last year after organising a socially distanced protest in Manchester calling for a better pay rise offer for NHS staff.

The charge was eventually dropped after she crowdfunded for a top barrister who successfully argued the penalty was unlawful.

But Karen said the way police dealt with her was ‘traumatising’ and meant she spent months living in fear of being financially ruined and out of a job she had dedicated 40 years of her life to.

Karen said: ‘It’s one rule for us and I wouldn’t say one rule for them, it’s no rules for them and this cannot be allowed to continue. It is outrageous. 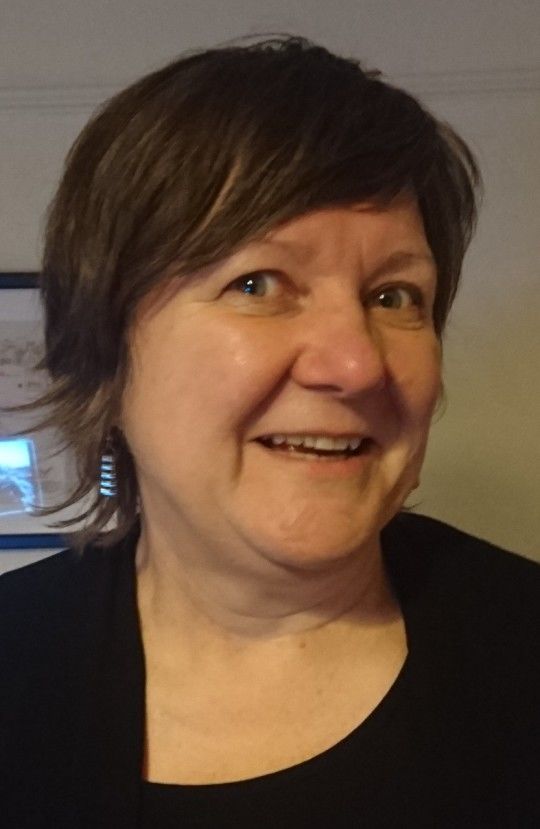 Karen Reissmann, 62, was hit with a huge £10,000 fine last year after organising a socially distanced protest calling for a better pay rise

‘I don’t think just he should go, I think all the people who are defending him who know what he did was wrong should go as well.

‘It took me nine months to clear my name with the nursing and midwifery body, so it was quite a traumatic process for me.

‘I knew I could be left without a job, without an income and without all the things that I hold dear to my heart, so I was genuinely shocked and terrified.

‘We were trying to raise a serious issue of people dying unnecessarily, people waiting in pain for operations and staff at their wits end in the NHS, and it’s a very different thing to a party.

‘Health workers have been silenced, whilst ministers and Boris Johnson and the likes carry on doing what they’re doing scot free.’