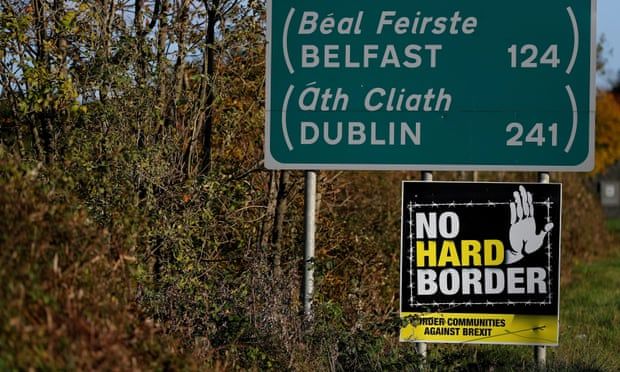 Northern Ireland: what are EU and UK proposing and will deal be done?

EU law on medicines may be rewritten and UK has climbed down over ECJ. Here’s what we know

The UK left the European Union on 31 January 2020 and all EU rules fell away at the start of 2021. Soon after, a row broke out over the Northern Ireland protocol, the tortuously negotiated agreement to avoid a hard border on the island of Ireland, by keeping Northern Ireland in the EU single market and customs union.

The UK demanded a rewrite of the protocol in July. At first the EU said it wasn’t prepared to do more than tinker around the edges, but by October the European Commission had offered some substantial changes including scrapping customs red tape. After weeks of non-stop talks, each side has now taken a step towards agreement.

What is the EU proposing?

The commission revealed on Friday it was prepared to rewrite EU law on medicines to ensure stable supplies of generic and life-saving drugs in Northern Ireland. Without changes, Northern Irish patients risk losing access to hundreds of generic medicines available on the NHS.

The problem arose because Northern Ireland should follow EU rules on medicines that require quality-control tests to be done in the single market, heaping costs on British manufacturers of generic medicines that could cause many to abandon the Northern Irish market.

What is the UK move?

The British government has climbed down in its demands on the European court of justice (ECJ), a bete noire for Brexiters. The UK has signalled the ECJ is no longer its first priority in negotiations on the Northern Ireland protocol, as it seeks to focus on customs and health checks in the Irish Sea border that are having the biggest impact on UK business and Northern Irish citizens.

The government has also been clearer that it is ready to accept an arbitration system, with a continuing role for the ECJ in settling disputes over EU law.

So, an agreement is close?

Far from it. The UK sounds positive about the EU proposals on medicines, but says it needs to check the details. But the role of the European court in policing the protocol is a big sticking point.

While the British are ready to concede a role for the ECJ, thecommission has flatly refused to discuss a new governance model, partly because it opposes reopening an international treaty agreed barely two years ago. And the two sides remain far apart on customs, plant, food and animal health checks.

Does that mean a return to ‘sausage wars’?

While the ban on importing British chilled meat into Northern Ireland captured headlines, the disagreement is bigger than a few bangers. The sausage issue looks relatively straightforward to solve now the EU has proposed an exemption for “iconic” British products, allowing such items to be imported into Northern Ireland with the right certification.

More broadly, the UK has complained there has been little progress on “burdensome” customs and SPS checks on goods moving between Britain and Northern Ireland. The EU thinks it has made a generous offer that would mean, for example, a lorry transporting meat, fish, dairy, fruit and sweets from Great Britain to Northern Ireland would need just one certificate rather than one per product type. The UK says the EU’s numbers are less than meets the eye and that a claimed 80% reduction in health checks does not stand up.

Unlike the Brexit trade deal, there is no looming end-of-year deadline. The UK would like an agreement before elections to the Northern Ireland assembly, due by May 2022. The commission hopes its medicines proposal will be a “catalyst” for a broader agreement early next year but has declined to match the UK timetable, saying it is “not in the business of artificial deadlines”. Talks will resume in 2022.