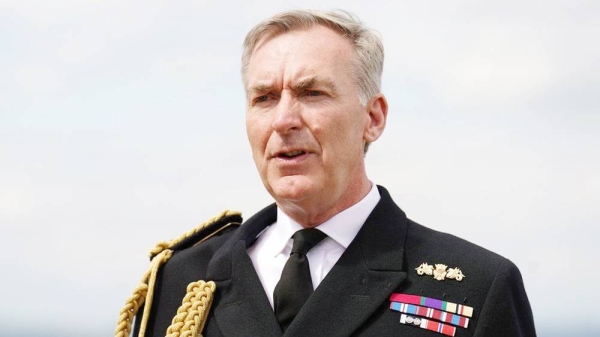 According to BBC Panorama, its troops may have unlawfully killed 54 innocent people during one six-month tour in 2010/2011.
No new investigation will be launched into allegations about the behavior of an SAS unit in Afghanistan, the chief of the defense staff has told the BBC.

According to BBC Panorama, its troops may have unlawfully killed 54 people during one six-month tour in 2010/2011.

His predecessor had said he would have launched a probe into the claims based on the BBC's findings.

The Ministry of Defense said it could not comment on specific allegations, but that declining to comment should not be taken as acceptance of the allegations' factual accuracy.

Asked whether an SAS squadron had repeatedly murdered unarmed men and detainees in Helmand, Sir Tony told the BBC's Sunday Morning program: "We have conducted two independent service police investigations and both of those have come to the conclusion that that did not happen and that there is not sufficient evidence to merit a criminal prosecution.

"If the BBC has found fresh evidence, we've been clear in saying 'can we see that evidence?' and then we will look at that again."

The BBC said it would engage with the military police and considers all requests for un-broadcast material in accordance with its editorial guidelines.

The main military investigation into SAS killings, Operation Northmoor, has been criticized for being deeply flawed.

Royal Military Police investigators said it was simply not true the killings had been thoroughly investigated.

They told the BBC they had been obstructed in their efforts to gather evidence, blocked from visiting the sites of the shootings, and frustrated in attempts to interview senior Special Forces officers.

"These are exceptional people that serve their country, they absolutely fall under the rule of law. We apply due process and they deserve due process themselves."

Gen. Sir David Richards, former chief of the defense staff, was in charge of the entire British armed forces during the period Panorama investigated.

He told the BBC earlier this week: "Given the compelling nature of the program, if I was still chief of the defense staff I would order a thorough investigation of the events portrayed.

"I have no doubt that Adm. Radakin, the current chief of the defense staff, will do this."

On Tuesday, Armed Forces Minister James Heappey told the Commons Defense Select Committee that if there was new evidence of offences "we will absolutely investigate it".

Separately, a cross-party group of MPs and peers have signed a joint statement calling for a robust and independent inquiry to be launched by the government, saying it must be "appropriately resourced, has access to all relevant evidence and whose findings can be made public".
#Afghanistan
Add Comment