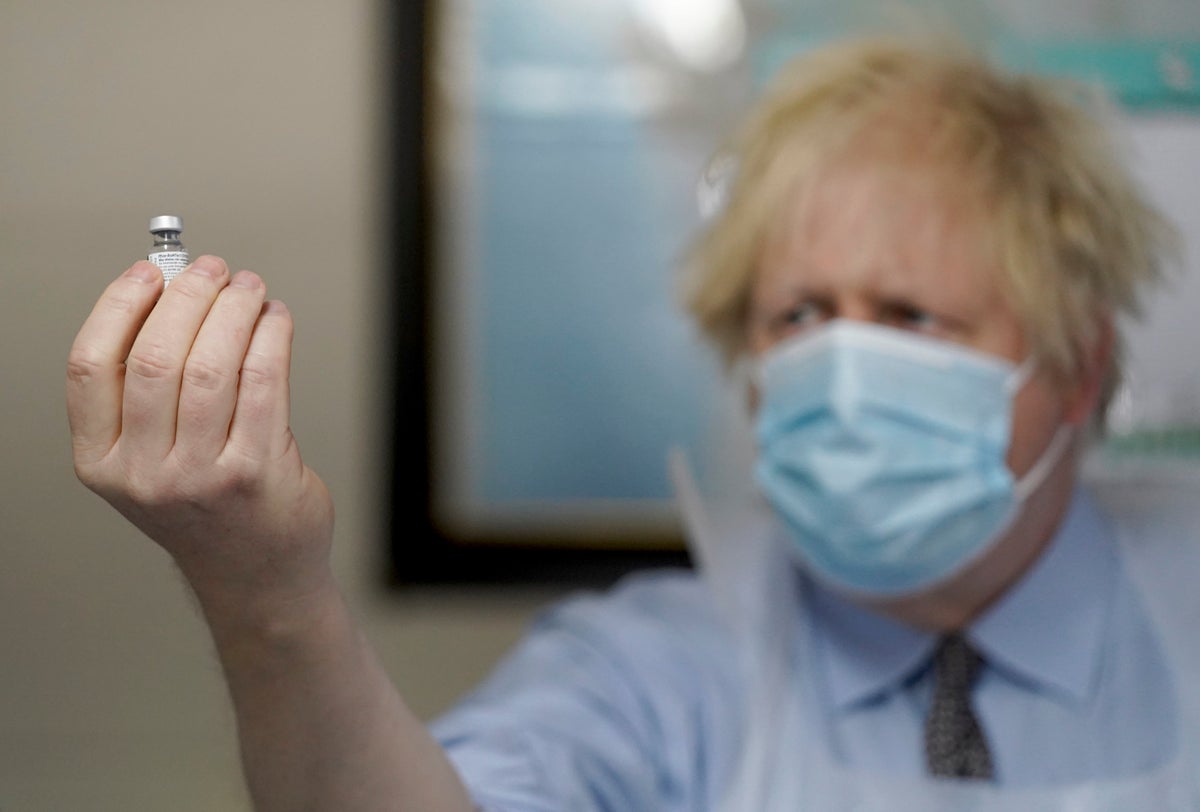 Boris Johnson has opened the door to England’s tier-based system of restrictions being scrapped once this national lockdown eventually ends.
The Prime Minister said after looking at charts that a more national approach to easing rules “might be better this time round” than the regional tiers.

The Government will set out its “road map” for the coming months on February 22, following a review of the lockdown, with March 8 targeted as the earliest possible date for reopening schools and easing other measures.

When the last lockdown ended, England returned to tiered arrangements which restricted the activities permitted in an area depending on the state of the virus.

Mr Johnson told reporters in Batley, West Yorkshire: “It may be that a national approach, going down the tiers in a national way, might be better this time round, given that the disease is behaving much more nationally.

“If you look at the way the new variant has taken off across the country, it’s a pretty national phenomenon.

“The charts I see, we’re all sort of moving pretty much in the same sort of way, I mean there are a few discrepancies, a few differences, so it may be that we will go for a national approach but there may be an advantage still in some regional differentiation as well. I’m keeping an open mind on that.”

The Prime Minister was criticised for easing in June after a plateau and decline in deaths, but cases began to rise again and on September 21 Sage recommended a circuit-breaker lockdown to last up to two weeks.

Facing opposition from Conservative MPs sceptical of lockdowns, Mr Johnson rejected Sage’s recommendation and pushed on with the tiered system of restrictions.

But as cases began to spiral out of control, more than a month later Mr Johnson imposed a four-week lockdown lasting until December 2.

England emerged into a new four-tier system, but it ultimately saw most of the nation placed into the highest level of restrictions before a national lockdown was imposed on January 4, as a new highly-infectious strain emerged from Kent.

Ministers have previously said they expected a return to a regional tiers system.

On January 27, Communities Secretary Robert Jenrick said “it’s sensible that we target restrictions on those places where the virus is most prevalent”.

The latest R estimate for England is between 0.7 and 1.0 and remains broadly similar to last week’s figures.

It comes as experts are seeking to urgently test 80,000 people in England for Covid-19 after it emerged that the South African strain of the virus may have spread in some regions.

Health officials said 11 people had been identified over the last five or six days who have tested positive for the variant, but who have no links to travel.

This suggests there may pockets of spread in local communities of the new variant, with the possibility of further cases.

Experts from Public Health England (PHE), who have been sequencing around 5% to 10% of all positive cases looking for variants, are now hoping to break any chains of transmission. All but two areas involved single cases of the variant.

Mobile testing units and some home testing kits are being sent into the affected areas of London, the West Midlands, East of England, South East and the North West.