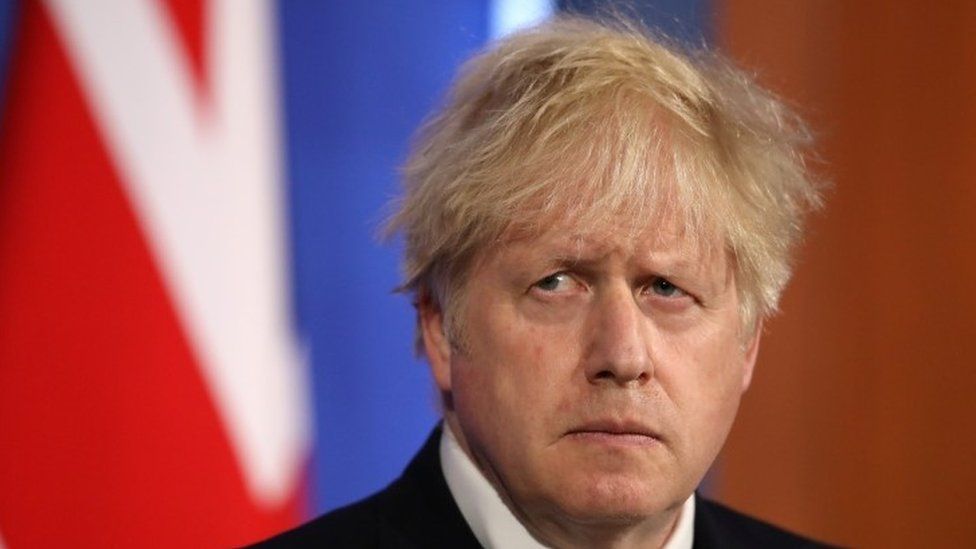 The order was made against Mr Johnson, of 10 Downing Street, on 26 October, according to a judgement database.

The creditor and nature of the debt, which was first reported by Private Eye magazine, is not yet known.

A Downing Street spokesperson said the claim against the PM was without merit.

"An application will be made for an order to set aside the default judgement, to strike out the claim and for a declaration that the claim is totally without merit," the spokesperson added.

The BBC understands the case relates to a defamation claim against Mr Johnson.

County court judgements are issued in England and Wales when people fail to repay money they owe.

"If you get a judgement, this means that the court has formally decided that you owe the money," according to a government website.

A bailiff "may visit your home if you do not pay your debts", the website warns.

Banks and loan companies can also use the information to decide whether to issue credit or loans.

"If you're late with your payments, you could be taken back to court and you may have to pay extra costs," the website adds.

Anyone who has had a county court judgement (CCJ) against them can apply for it to be cancelled - or "set aside" in the legal language - but they must convince the court that there is a good reason for this to happen and they have also acted promptly in launching their challenge.

That could include the judgement having been issued in error - perhaps because the debt had actually been paid, or because there was never a debt in the first place.

Sometimes, people seek to have a CCJ cancelled because they genuinely did not know about it - or they can show the court that it has acted incorrectly in making the order.

That can happen when the court has been provided with the wrong address for a debtor who only later learns of the judgement when they discover it has damaged their credit score.

The official rules for applications to set aside a judgement state: "Most applications will require a hearing and you will be expected to attend. The court will allocate a hearing date and time for the application. Please indicate in a covering letter any dates that you are unavailable within the next six weeks."

The application must come with some kind of "statement of truth", explaining why the judgement should be set aside.

The prime minister could instruct a lawyer to appear for him.

Applicants can also ask the court to consider waiving the £100 fee if it would cause them "undue hardship".

The prime minister's personal finances have been under intense scrutiny in recent weeks.

In particular, he has faced questions about how renovations to the flat, above 11 Downing Street, that he shares with fiancée Carrie Symonds were paid for.

He has insisted he personally paid for the work, but has declined to say whether he received an initial loan.

The Electoral Commission is investigating whether any spending on the flat falls within its remit, and whether any donation to the Conservative Party was properly declared.

Earlier on Wednesday, the prime minister's spokesman said the court judgement had nothing to do with the Downing Street estate refurbishment, saying: "All bills have been paid by the government or the prime minister, personally."

Asked if Number 10 had only become aware of the judgement when it was first reported earlier on Wednesday, the spokesman said it was something they are "looking into currently".

And on being asked whether there should be concerns about the prime minister's personal finances, Mr Johnson's press secretary said: "You should not be concerned, no."