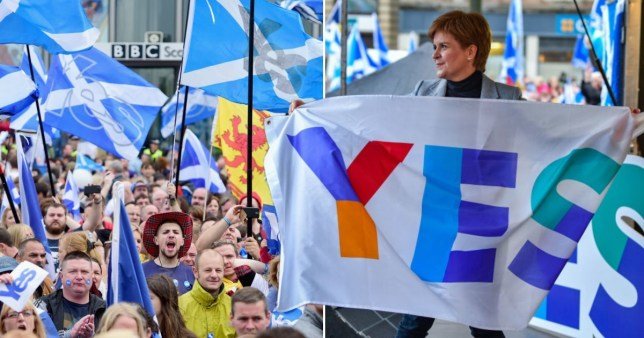 Scotland’s First Minister also insisted Westminster’s current opposition to a vote is unsustainable, but she would not be drawn on what she would do if the UK government refused consent.

The SNP leader’s comments come ahead of her party’s conference this weekend. She told the BBC: ‘I think the referendum should, for a whole variety of reasons, be in the earlier part of the next parliament.

‘I intend to say more about this before the election in our manifesto, but we are still in a global pandemic that I feel a bit more hopeful about seeing the end of than I did even just a couple of months ago.

‘There’s still a lot of uncertainty ahead. I’m a lifelong believer and campaigner and advocate for independence, but right now I’m also the First Minister of Scotland.

‘My responsibility is to the health and wellbeing of the country and trying to steer it through a pandemic, and I’m very focused on that.’ 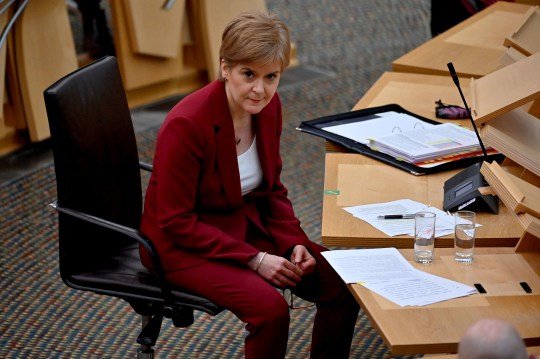 The Scottish Parliament election is due to be held in May and Sturgeon believes another victory for the SNP will count as a mandate for another independence vote.

The First Minister added: ‘If people in Scotland vote for a referendum, there will be a referendum.

‘Across the Atlantic, even Trump is having to concede the outcome of a fair and free democratic election.’

The UK government has repeatedly said it would not grant consent. They point to the 55% to 45% result in the 2014 referendum and how Sturgeon’s predecessor described it as a ‘once in a generation’ event.

Director of the Scottish Centre on European Relations Dr Kirsty Hughes told Euronews: ‘We’ve seen since the Brexit vote that some Remain voters who were against independence now support independence and want (to stay) within the European Union, which is the Scottish government’s policy.