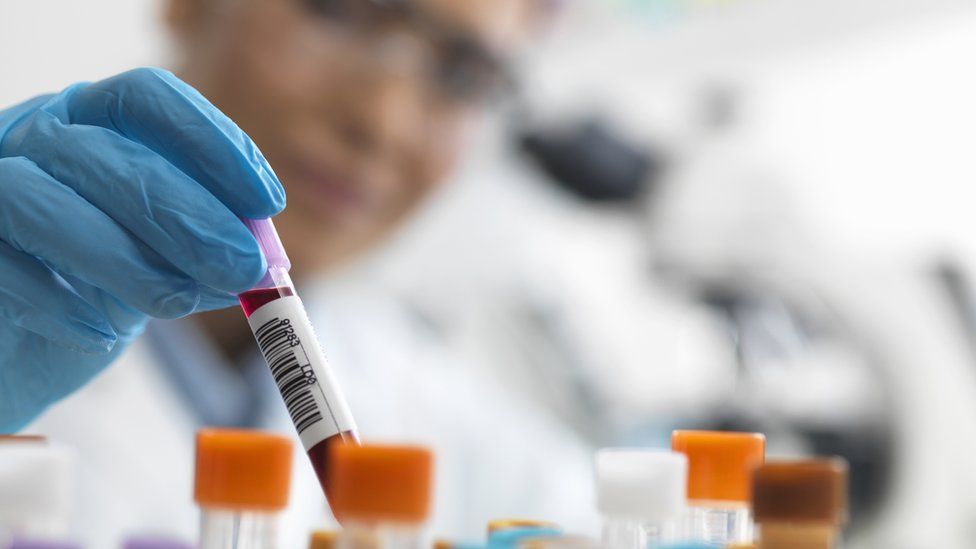 Becton Dickinson (BD) - which makes blood test vials for the NHS - is ramping up imports to try to alleviate serious shortages of test tubes.

The firm told the BBC it has received "exceptional use authorisation" from UK authorities to import blood tubes that are already approved for use in other countries, such as the US.

BD said it has increased production capacity in the UK by 20%.

The firm will deliver 9 million blood tubes to the NHS this week.

Doctors have been told to stop most blood tests until 17 September, while hospitals have had to cut the total number of blood tests by a quarter.

A Department of Health and Social Care spokesperson said: "We have secured tens of millions of additional blood tubes, including importing additional supplies from the EU and the US, which will be available to the NHS soon and there continues to be stock in place to ensure clinically urgent testing continues.

"Patient safety is always the top priority and we continue to work closely with NHS England, the devolved administrations, and the NHS to minimise any impact on patient care."

The NHS in England and Wales said it has temporarily stopped all non-urgent testing, due to the shortages and supply chain problems BD is facing.

The tests put on hold include those given to patients to diagnose fertility, allergies and pre-diabetes.

The NHS undertakes around 1.1 billion diagnostic tests in England per year, according to the Royal College of Pathologists. 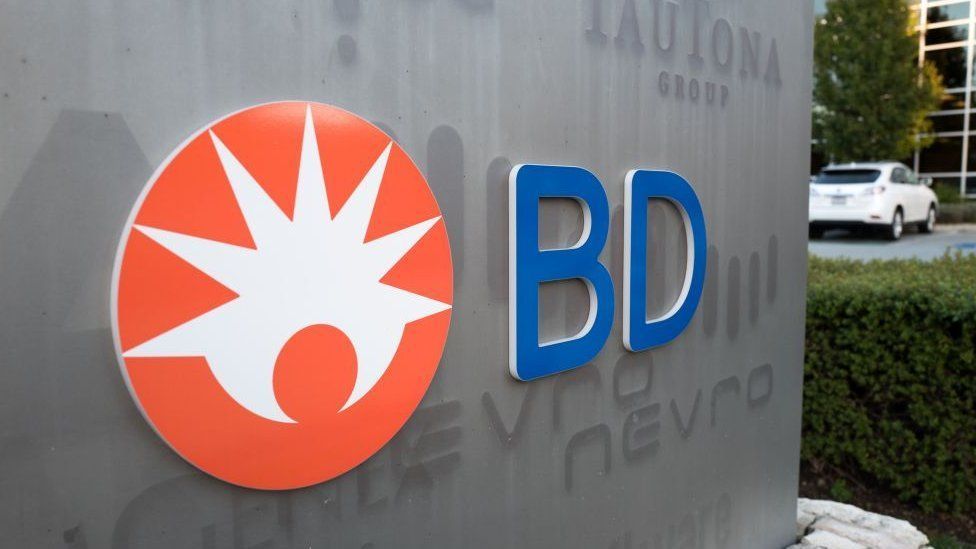 The shortage will likely worsen over the next few weeks and last until mid-September, NHS England has warned.

Doctors have warned that they are in a "perilous" situation and are having to make difficult choices about which patients get blood tests because of the ongoing shortage of test tube supply problems.

On Saturday, Dr David Wrigley, the deputy chair of the doctors' union British Medical Association (BMA) stressed that the crisis had put doctors and their patients in a terrible, unenviable position.

"No doctor knowingly undertakes unnecessary blood tests and to now have to ration all those we are doing, as well as cancel hundreds more, goes against everything we stand for as clinicians," he said.

BD said on Monday that it is doing everything it can to help the NHS care for patients in the UK, by maximising production at all of its global manufacturing facilities that make blood tube products.

It said it is expediting shipments and "importing millions of units" from other regions of the world to the UK.

Like many other industries, the firm previously said that it was experiencing "continued transportation challenges" in addition to increased demand, which included port and transport capacity, air freight capacity and UK border challenges.

"Both healthcare systems and manufacturers are balancing demand and production," BD said. 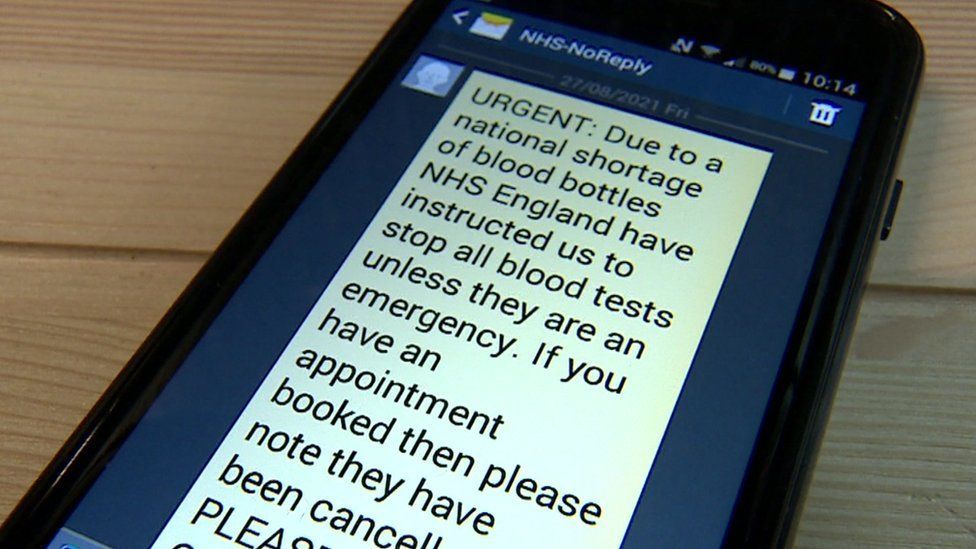 Mark Roscrow MBE, chairman of the Health Care Supply Association, which represents health procurement professionals, said that BD are the "dominant force" in this area, which makes it difficult to bring on other suppliers.

"It's a problem of their own creation, anyone who is shutting their factory down should do something to plug the gap," he told the BBC.

"We had a lot of these procurement problems during the pandemic and we, the NHS, need to consider storing more of these products in the UK so we can be more resilient."

He added that typically the NHS stores are able to hold four weeks' supply of each product, but the way to deal with the issue would be to have more supply that is directly under NHS control.

The Institute of Biomedical Science's chief executive David Wells agreed. He said the "just in time model" used by the NHS and its reliance upon a limited number of suppliers means that disruption to the supply chain can have a significant impact.

"Such supply issues emphasise the need for pathology services to work in a co-ordinated way, such as within networks with clear leadership structures, to ensure that the supplier base is wide and so that pooled and shared resources can be brought into play to prevent significant disruption and mitigate the risk," he added.

While the steps being taken by the NHS will "ensure" that patients in need of blood tests will still be able to access them in a "timely way", Mr Wells stressed his concern that having to stop non-emergency medical testing will have a severe impact on the wider recovery of the NHS.