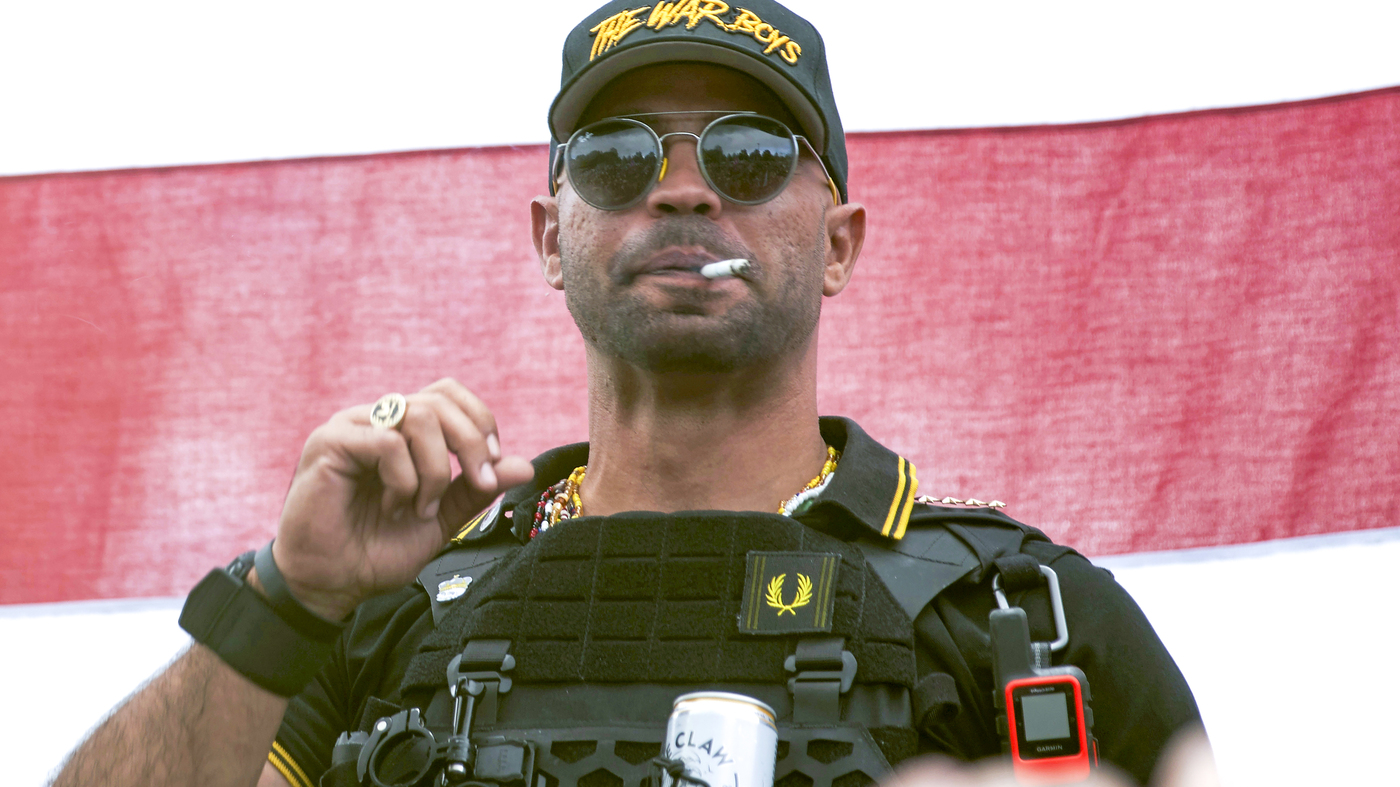 Proud Boys Chairman Enrique Tarrio and four other members were federally charged earlier this month with conspiring to overthrow the government by attacking the Capitol in the Jan. 6 riots.
The New Zealand government has declared the far-right U.S. extremist group Proud Boys a terrorist organization.

The Proud Boys' role in the Jan. 6 Capitol riots, as well as their chauvinistic beliefs, hyper-nationalism and violent messaging contributed to the decision, the New Zealand Police said in a document published this week.

The New Zealand government defines terroristic acts as those "carried out for the purpose of advancing an ideological, political, or religious cause," intended to "intimidate a population" or "cause the death of, or serious bodily injury to, one or more persons," among other things.

The New Zealand police also classify the Proud Boys as practicing crypto-fascism, in which they attempt to hide their true beliefs from "normal people" and authorities in order to appeal to a wider group of American men.

One example they gave was the organization appointing Henry "Enrique" Tarrio, who identifies as Afro-Cuban, as chairman of the group.

"Having a non-white Chairman is commonly used by the APB [American Proud Boys] as a foil against accusations of white supremacy," the police said.

The Proud Boys were also heavily involved in the Jan. 6 Capitol riots, where they incited crowds, organized attacks on law enforcement and encouraged rioters to break into the building, the document said.

Tarrio and four other Proud Boys members were federally charged earlier this month with conspiring to overthrow the government by attacking the Capitol.

Authorities in New Zealand have become more sensitive to threats from the far right after a white supremacist shot and killed 51 Muslim worshippers at two Christchurch mosques in 2019.

The New Zealand massacre inspired other white supremacists around the world, including a white gunman who killed 10 Black people at a supermarket in Buffalo, New York.