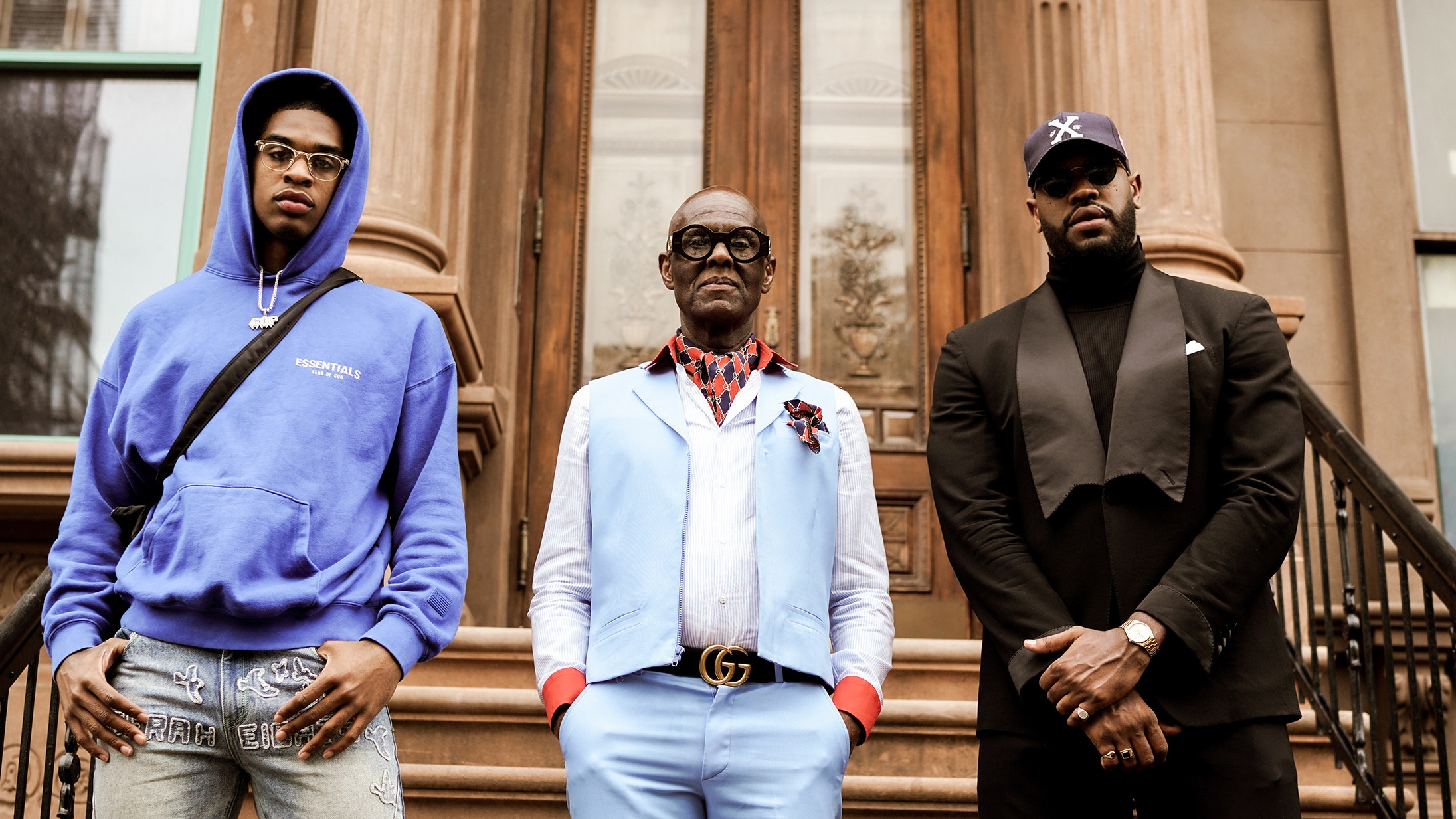 The creation of the sleek, James Bond–inspired look was a family affair.

Each year the NBA’s draft day introduces the next generation of superstar players who will dominate basketball for years to come. A celebration of sportsmanship and teamwork, the annual event also gives athletes their first moment in the global spotlight. As millions tune in to see who will wind up where, it helps to have an attention-grabbing outfit. Thankfully, shooting guard Josh Christopher had a fashion legend in his corner. A five-star recruit at Arizona State and newly signed to the Houston Rockets, Christopher entered Draft Day with an advantage: a suit tailored for his 6’5” frame and approved by Dapper Dan.

The sleek look was overseen by the Harlem couturier but designed by Christopher’s brother, James Patrick, aka Pat, who began his menswear label, Sloan and Bennett, in 2019, three years after completing his own career in the NBA. Josh’s suit had to be extraordinary. “You only get drafted once, so you want to put your best foot forward,” he shared on the phone from Los Angeles. “The cameras are there, and they’ll be taking pictures, so you’ve got to hit them with your best shot.” To do just that, Josh had an eternally suave style icon in mind, James Bond, as portrayed by Daniel Craig. “I wanted my suit to be classy but still have that swagger,” he explains. “It’s that balance-elegant but a little cocky.”

007 would approve of the sleek black design with a contrasting details at the lapels. Its subtlety and striking use of texture are right in line with the super spy’s aesthetic and Josh’s own. That concept came after a conversation where Pat discovered that the ideas he’d been brainstorming for his collection’s runway debut in December meshed with Josh’s vision. “When we discussed everything initially, [Josh] was very specific in wanting black and clean,” says Pat. “My objective when designing Josh’s suit was capturing his youthful rockstar personality in tailoring form. I’ve been working on inverted peak lapels for my next collection, and we thought it would be the perfect moment to debut that silhouette.”

The entire Christopher family made the trip to Harlem to visit Dapper Dan’s atelier. Growing up seeing Dap’s designs on sports legends, Josh was familiar with his outré sensibility and flawless fit that typify his designs. “I knew he’d worked with Mike Tyson, Mark Jackson, Devin Haney, who I’ve gotten close to the last couple of years, and so many others,” says Josh. “Even just seeing his Gucci campaigns while with my brother in Beverly Hills [made an impression] so when an opportunity like this comes along you take it.”

Patrick’s time in the atelier meant a chance to work alongside a personal hero. “Dap is the Black Messiah of fashion. When I got the call, I was speechless-how often do you get the chance to meet the legends in our respective field, let alone work with them?” he says. “I’ve kept up with the history of his career, and it’s amazing to see his journey. He has pioneered so much in the industry and never received credit. Having the chance to sit with him, listen and pay homage was such an honor. His aesthetic is bold, and his presence is felt. From head to toe, Dap is making a statement, and I appreciate that.”

The experience was memorable for Dap, and wholly in line with his commitment to shining a light on Black talent. “It’s my mission to uplift the next generation of young Black designers. I want them to rise up, to push conversations forward, to create culture, to have even better opportunities than I’ve ever had,” he says. “Pat is talented, has a great eye for design, and I loved seeing the dynamic between him and his brother.”

Upon reaching the atelier on Malcolm X Boulevard, Josh and Pat knew the collaboration was fate. “I knew that Malcolm was one of [Pat] ’s biggest inspirations, so it was crazy to see the shop was at that spot,” says Josh. Pat alludes to the streamlined suits that X famously wore in public in his simplistic designs. “The fact that Malcolm X wore a suit every day means the world to me,” says Pat. “I’ve always said everyone is into fashion whether they believe it or not. People invest in their wardrobe and how they present themselves to the world, whether they’re guys wearing hoodies to the office, Wall Street guys wearing suits, or yogis in leggings. Fashion is a bigger part of people’s lives than they realize.”

To that end, the moment Josh tried on the final suit, he knew he was ready to hit the draft-day stage. “I had that James Bond classic hitman look-I just needed the Aston Martin,” he says. “It’s a cliché, but on draft day, all you want is to hear your name get called. That’s everything you’ve been working towards up to that point, so to be able to soak in the moment is incredible, and it has been amazing to have my brother be a part of this. I get to see him tapping into his new dream while I tap into mine.” 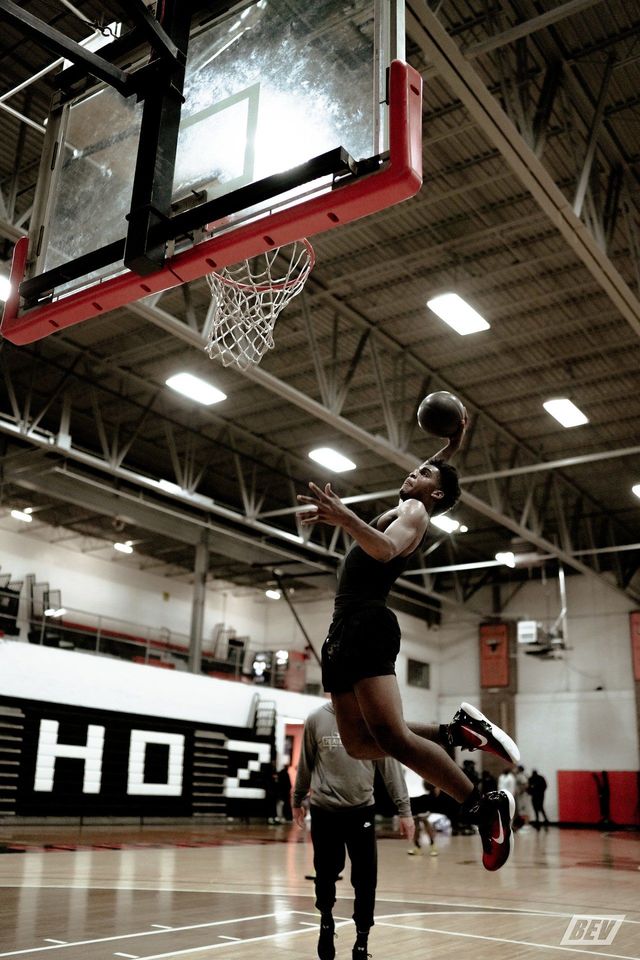 A quick game before the fitting. 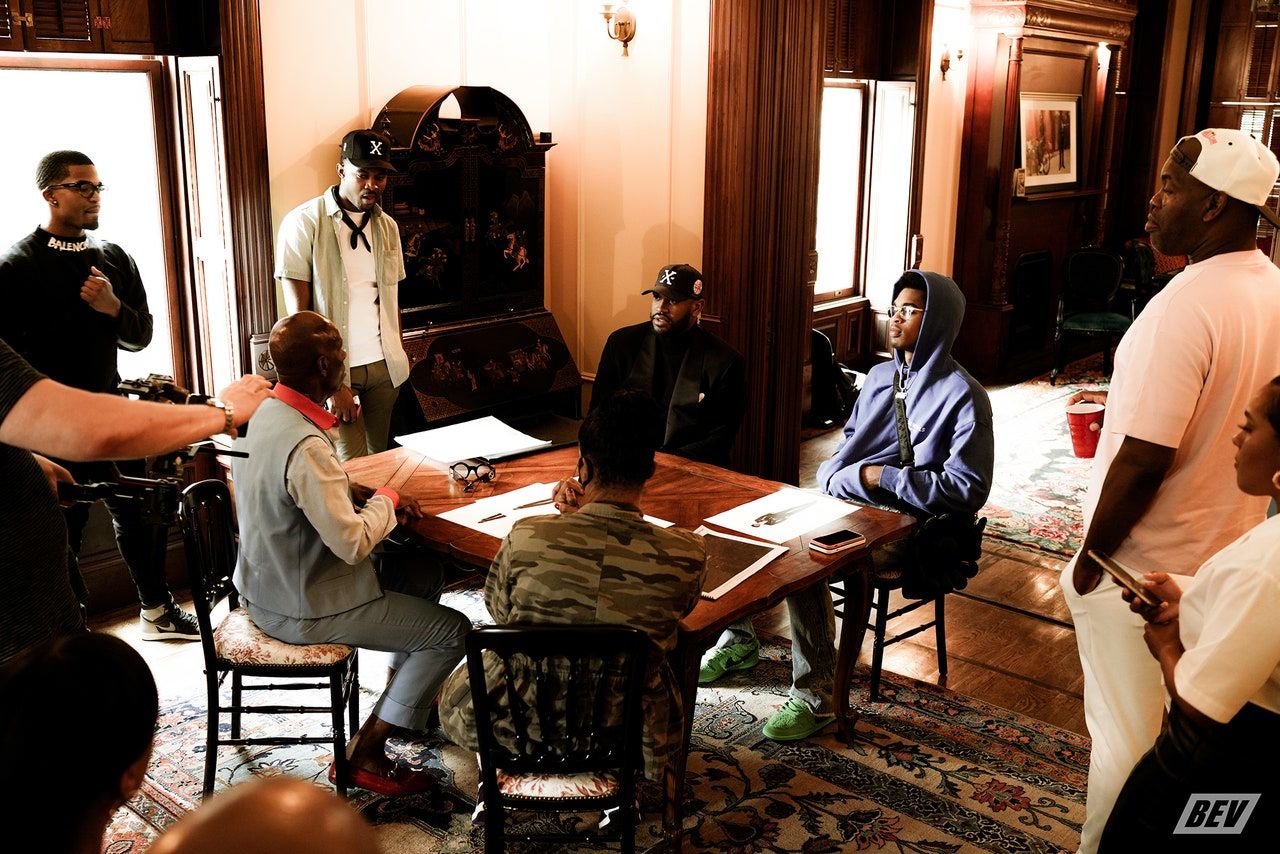 Day of the fitting at the Dapper Dan atelier in Harlem. 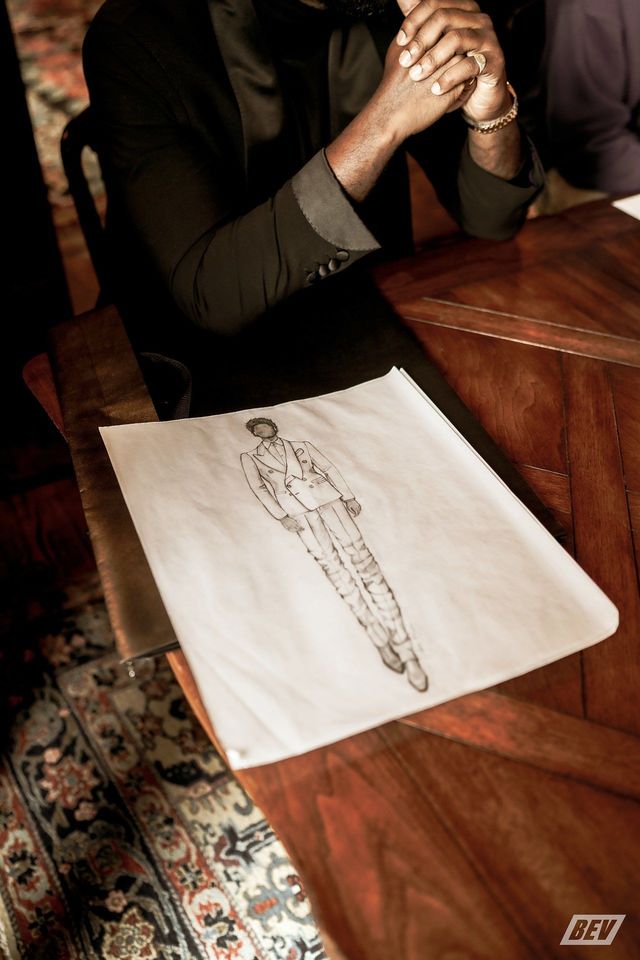 A sketch of the James Bond inspired look. 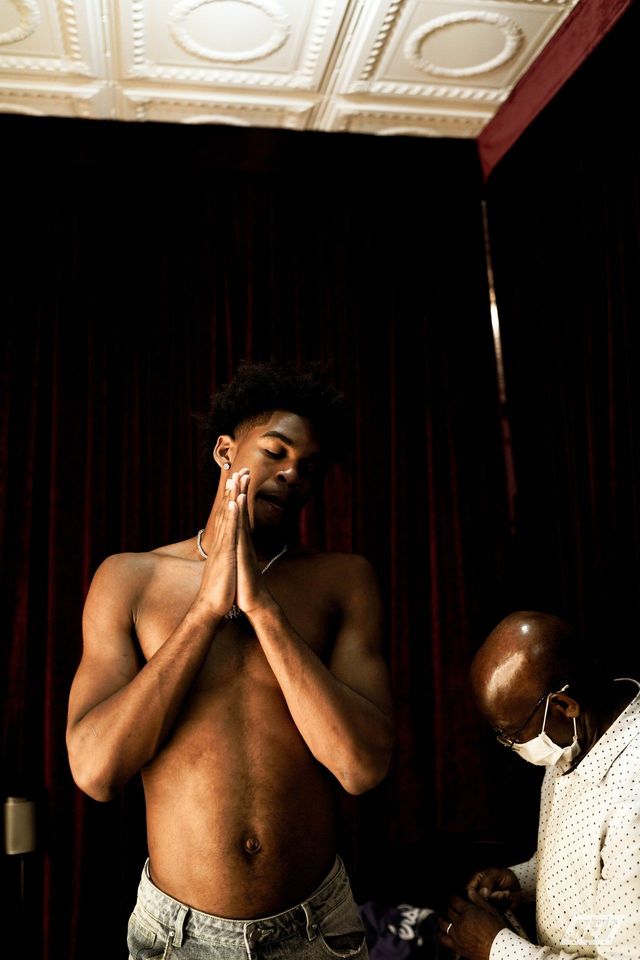 Josh being measured by Dap. 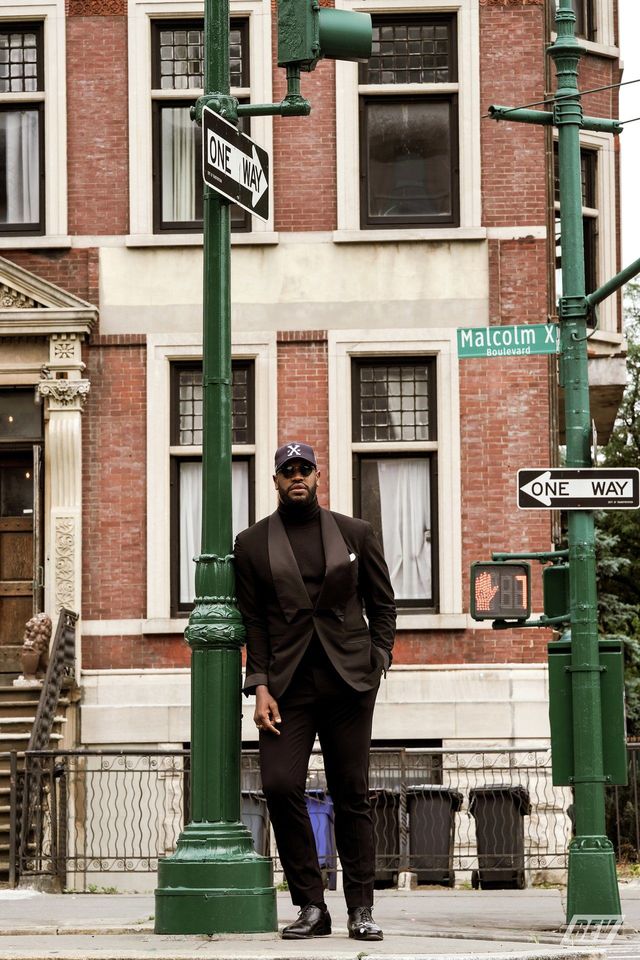 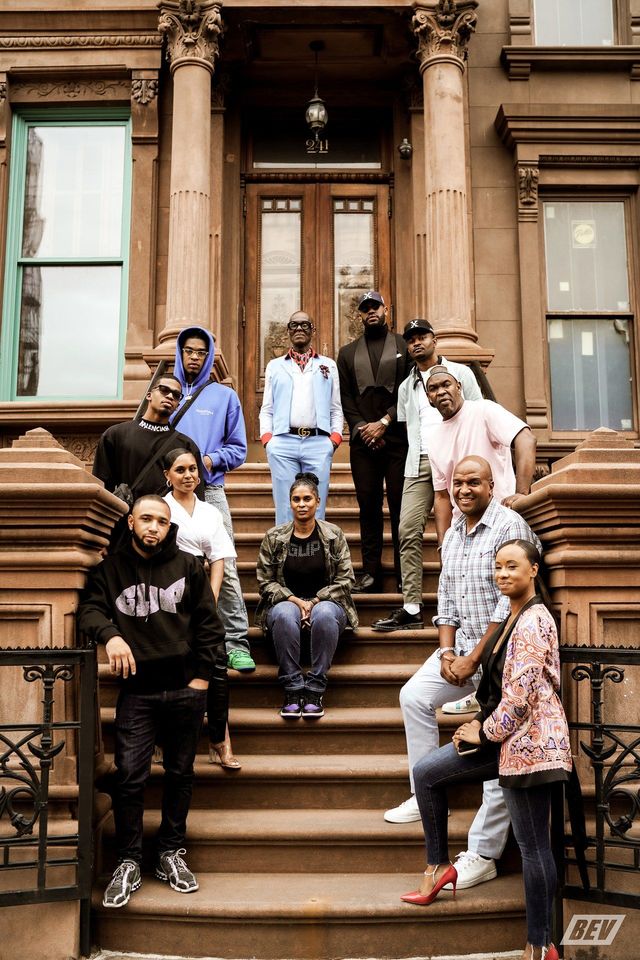 The entire Christopher family at the atelier. 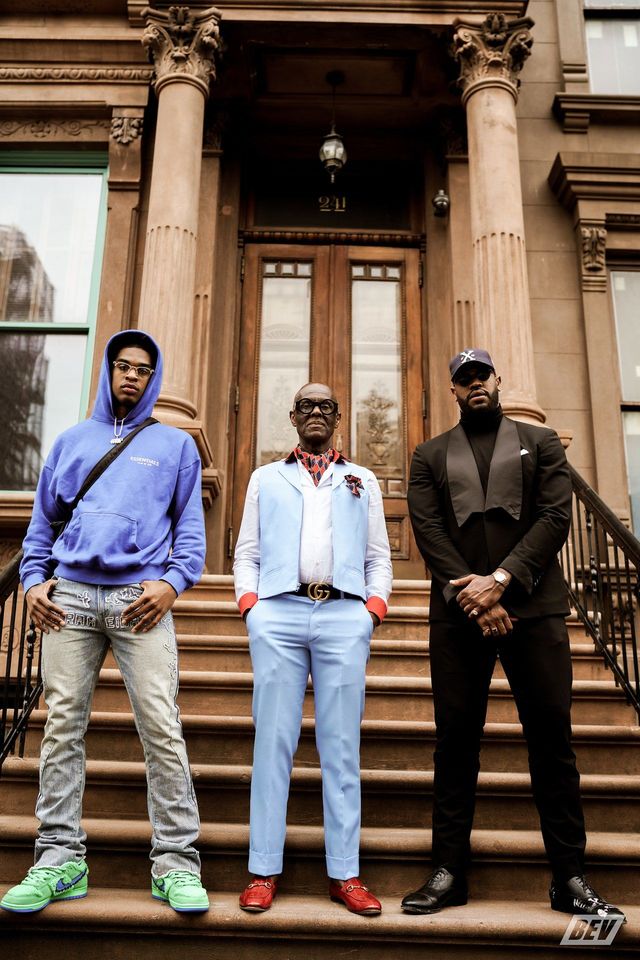 Dapper Dan and the Christopher brothers. 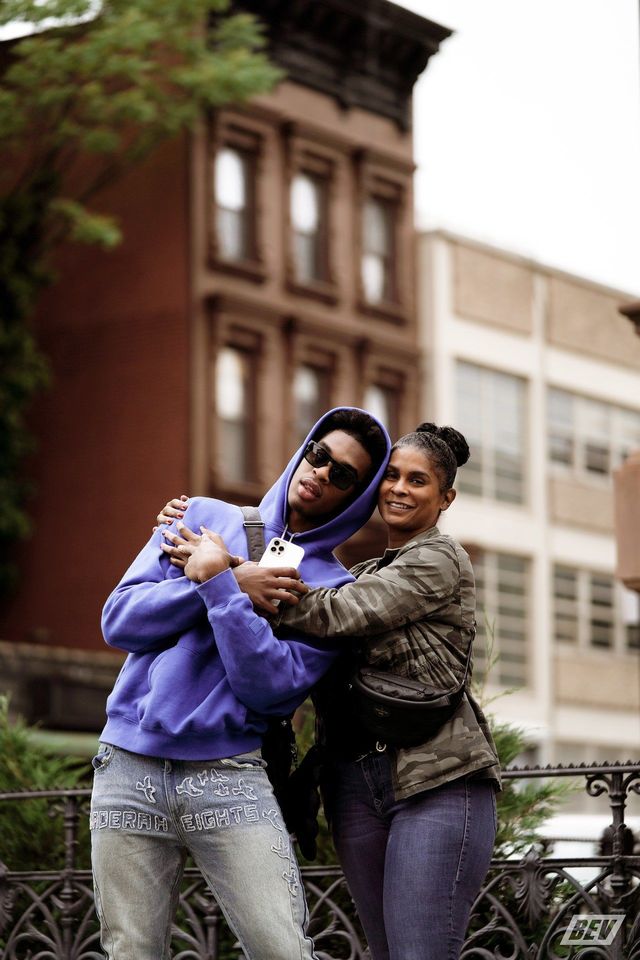 Josh and his proud mother, Halona 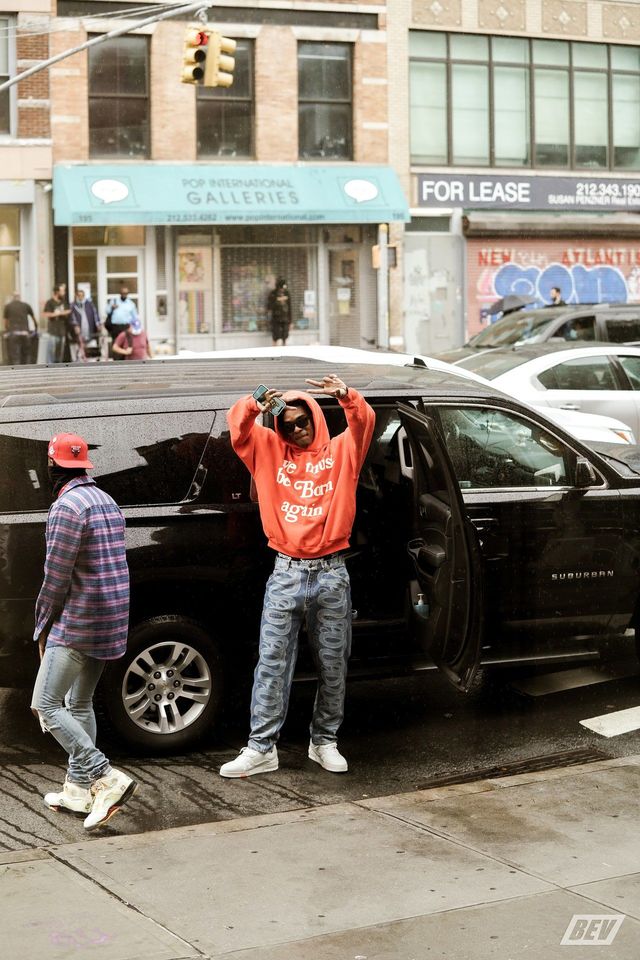 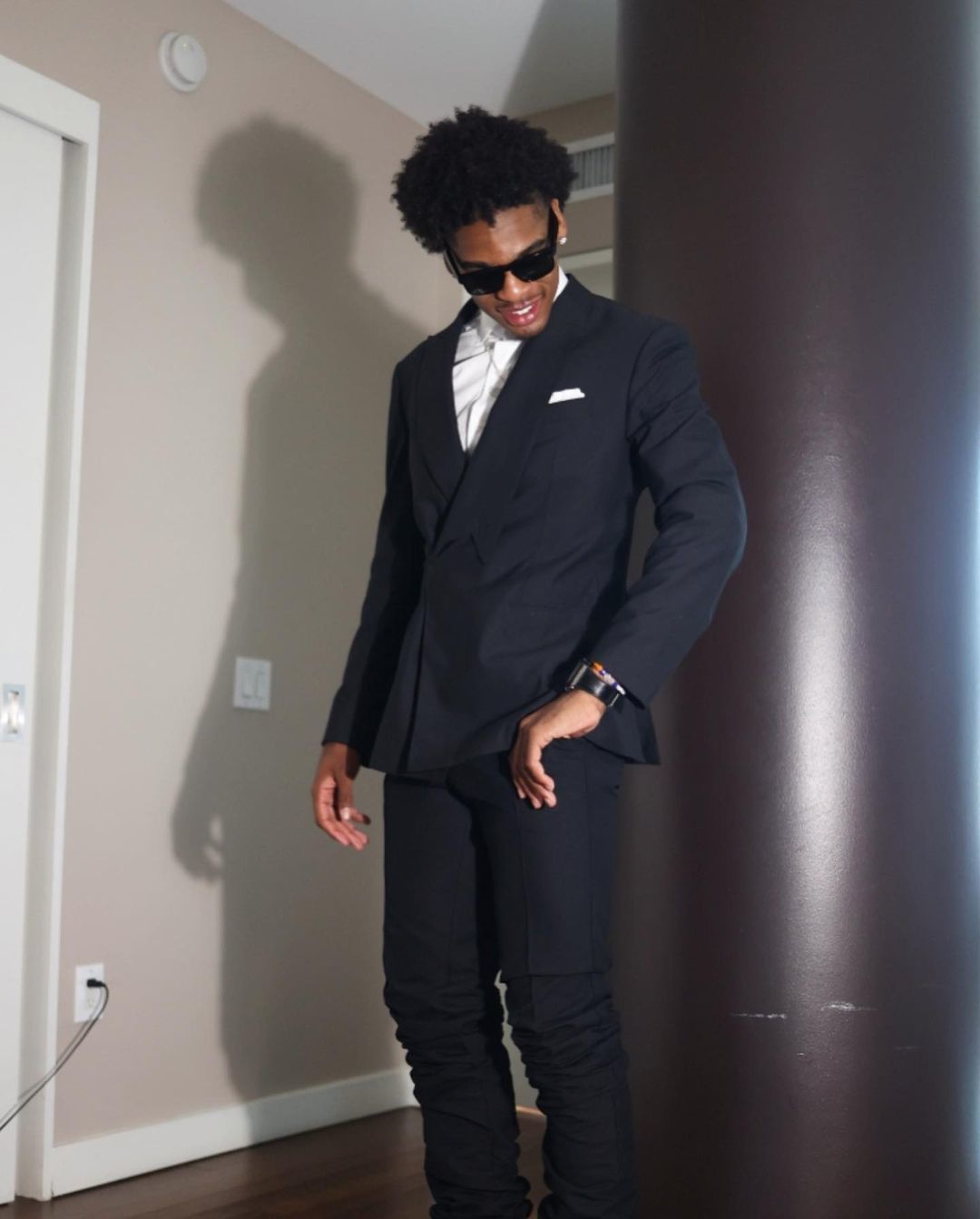 Josh in his custom suit on the day of the draft