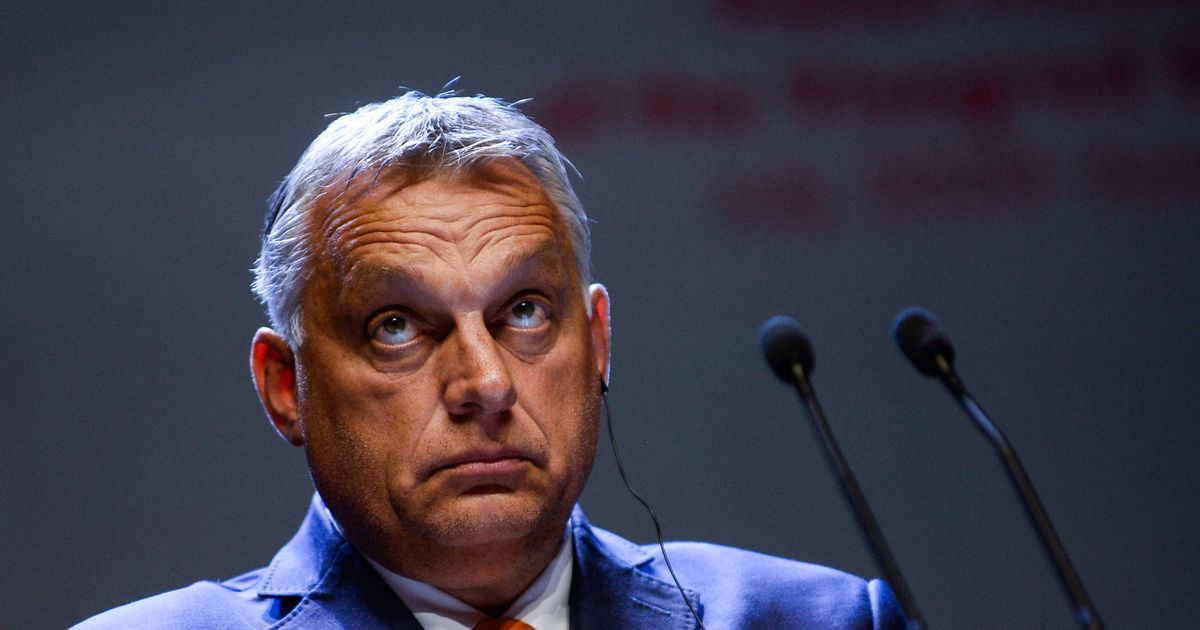 The Hungarian prime minister is embroiled in a rare war of words with a close ally warning that Orbán’s ‘openly racist’ remarks must be stopped.

Just four days after Orbán startled European leaders by declaring countries were “no longer nations” after different races blend, one of the prime minister’s own longtime advisers, sociologist Zsuzsa Hegedüs, quit on Tuesday.

And she didn’t do so quietly.

Hegedüs’s resignation letter — filled with ire — was instantly leaked, turning it into a public excoriation of Orbán’s speech.

“Worthy of Goebbels,” she said in the letter, which was seen by Hungarian magazine HVG.

A “pure Nazi text,” she added.

“That you are able to deliver an openly racist speech would not occur to me even in a nightmare,” marveled Hegedüs, who has been working for Orbán for over a decade.

And it didn’t stop there.

Within hours, Orbán had published his own letter, claiming to have “a zero-tolerance policy” toward anti-Semitism and racism. Hegedüs shot back with a second letter, invoking her parent’s experiences as Hungarian Holocaust survivors. Others died, she said, because too many people stayed silent when hate first emerged.

It was a remarkable turn of events in the widening fallout over Orbán’s speech, in which he took aim at the “internationalist left” for portraying Europe as inherently “populated by peoples of mixed race.”

While the remarks drew the predictable opprobrium from a smattering of other European officials, Tuesday’s backlash from within the close ranks around Orbán was unexpected. Resignations are uncommon in Orbán’s circles, and open dissent from allies is even more unusual.

But Orbán’s speech also represented a change for the Hungarian leader. 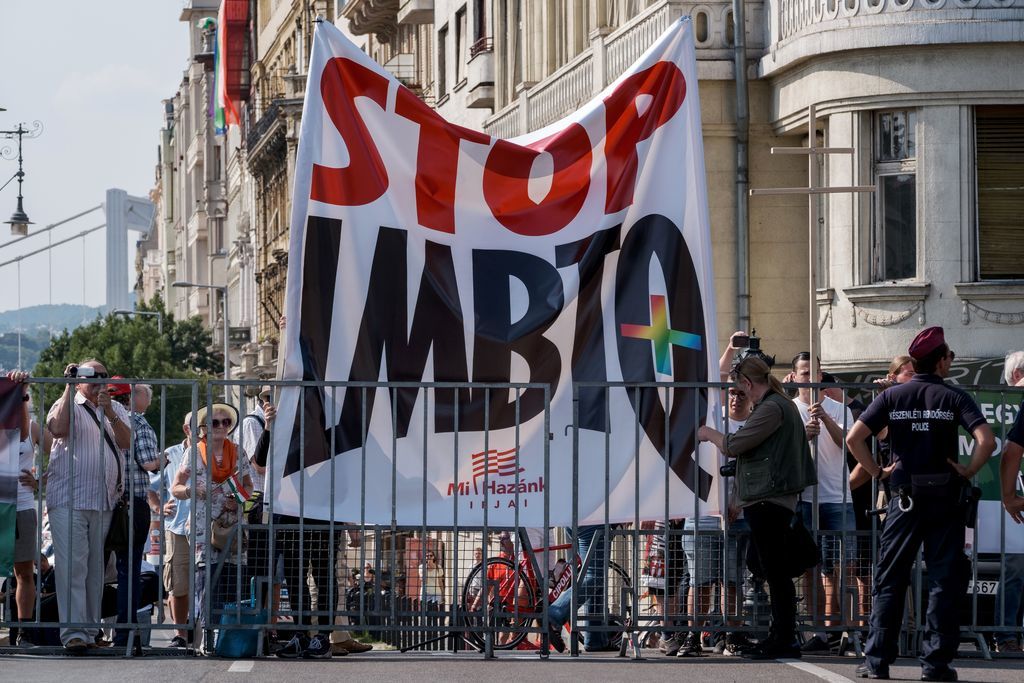 Anti-LGBT protestors during the annual Pride parade in 2021 in Budapest, Hungary

While the far-right prime minister has long faced criticism from political opponents and civil society for fanning the flames of racism, homophobia, Islamophobia and anti-Semitism, his weekend speech was more explicitly racial than earlier remarks.

“We are willing to mix with one another, but we do not want to become mixed race,” Orbán declared, referencing the region that covers Hungary and Romania, where he was speaking.

Hegedüs picked up on the new tone.

While noting that she has long struggled with her role since the prime minister’s “illiberal turn” — and even directly told Orbán about her concerns over an anti-LGBTQ+ law — his latest rhetoric, she said, still “surprised” her, crossing another line.

Orbán’s response directly addressed Hegedüs as he defended himself.

“We know each other for a thousand years,” he wrote, using — as Hegedüs did in her missives — an informal form of address that in Hungarian is reserved for friends. “You can know that according to my understanding God created all people in his own image.”

He added: “Therefore, in the case of people like me, racism is excluded ab ovo.”

Back in Brussels, the European Commission stayed out of the widening fracas, declining to comment on Orbán’s remarks.

But in an increasing number of EU capitals, officials have started speaking out.

Orbán has “committed a breach of civilisation by identifying himself with the ideology of white supremacists,” Luxembourg Foreign Affairs Minister Jean Asselborn told POLITICO in an email.

“He is hoping to make political gains by making such outrageous provocative statements — no matter what the costs,” the longtime minister added. “We can only condemn in the strongest terms the use of hate speech that reminds us of the darkest hours of the 20th century, on the European continent.”

Tytti Tuppurainen, Finland’s minister for European affairs, in a text message alluded to the disconnect between Orbán’s words and the fact that “Hungary is part of all the international organizations whose foundations are universal human rights.” 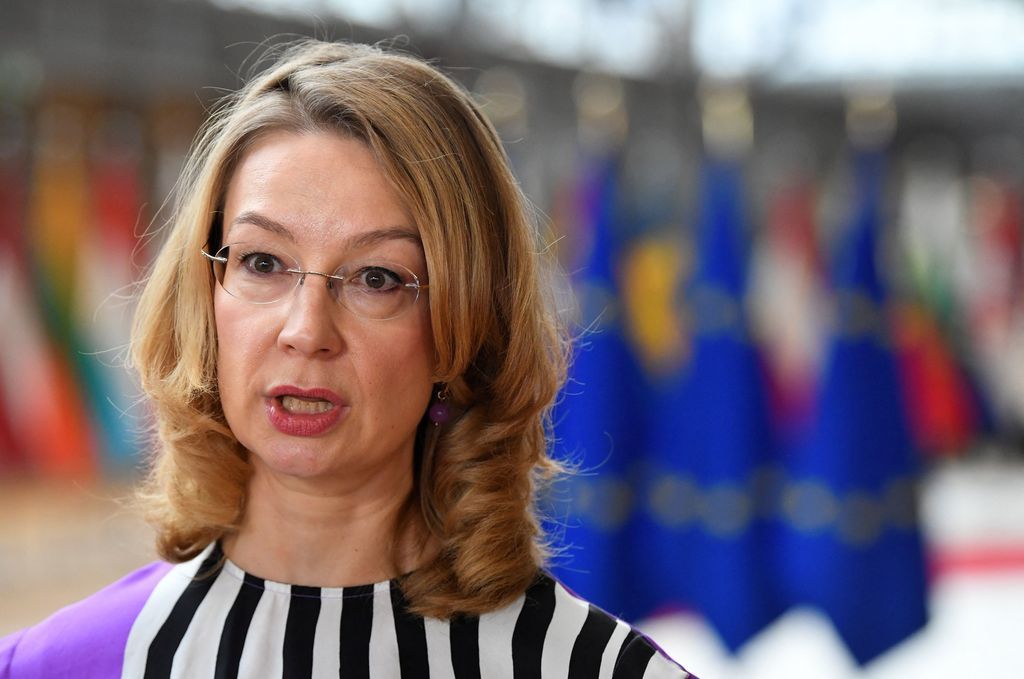 While Tuppurainen cautioned that “these appalling statements do not represent all of Hungary,” she warned that they are nonetheless “isolating Hungary from civilized nations.”

Orbán’s “grotesque” tactics “will not end well for Hungary,” she added. “We shall not normalize this kind of racist histrionics, but each time remind [people] that we are bound to act for human rights.”

Orbán has made a name for himself on the international stage over the past years by stoking culture wars.
He has used George Soros

, the Hungarian-American billionaire philanthropist, as a stand-in for unfounded international conspiracies targeting Hungary. He has demonized immigrants. And he has backed anti-LGBTQ+ measures that bar minors from seeing portrayals of homosexuality or transgender people.

But the backdrop to Orbán’s latest proclamations is a rapidly deteriorating economic situation exacerbated by unpopular tax changes that have drawn protesters to the streets.

The Hungarian leader is also struggling to unlock billions in much-needed pandemic recovery funds from the EU, which has held back the money over corruption and judicial independence concerns.

His latest rhetoric will likely only make it even harder for Orbán to work together with European partners.

“While we respect everybody’s right to expression, including of course in the political realm, we cannot but warn against the devastating effects of such deliberately inflaming declarations,” said Luxembourg’s Asselborn.

“This situation has become unbearable inside the European Union,” he said, calling Orbán’s comments a “flagrant violation of the spirit and the letter of the [EU] Treaty” and the EU Charter of Fundamental Rights.

“This is also about our credibility as a community of values,” Asselborn said. “It is time for action.”