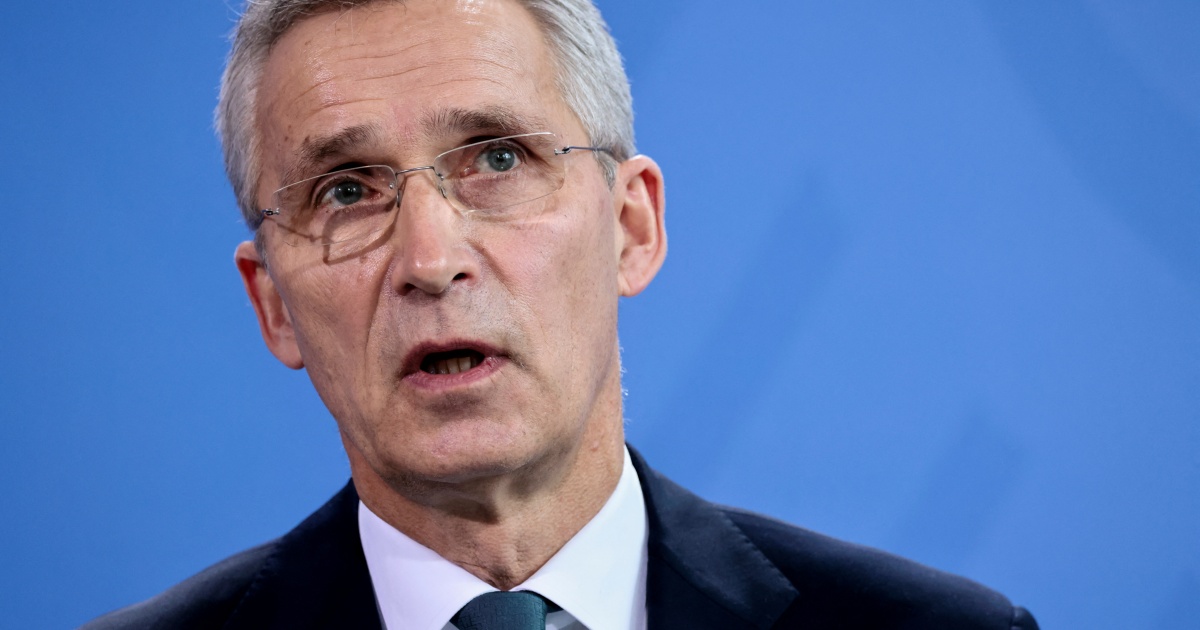 Moscow says it must have answers from the West over its security demands before more discussions can take place.

NATO Secretary-General Jens Stoltenberg has invited Russia to more talks on the Ukraine crisis as fears mount over a possible breakout of conflict in Europe, but Moscow says it wants answers from the West over its sweeping wish list of security demands before engaging in further discussions.

Speaking to reporters in Berlin on Tuesday, Stoltenberg said he had proposed a series of meetings in the NATO-Russia council to address both Moscow and the West’s concerns and “try to find a way forward to prevent any military attack against Ukraine”.

He did not give an exact date for when the talks would take place, but said the discussions had been suggested for the “near future”.

“The main task now is to make progress on the political way forward,” Stoltenberg said at a news conference following talks with German Chancellor Olaf Scholz. “The risk of a conflict is real.”

Moscow has overseen a recent military build-up of up to 100,000 troops near Ukraine’s borders, prompting fears in Kyiv and among its Western allies of an impending invasion.

Russia, which annexed neighbouring Ukraine’s Crimea Peninsula in 2014 and is accused of fomenting a pro-Russian separatist war in the country’s east, has denied having any such plans.

The Kremlin has emphasised that it is free to deploy its forces wherever it considers it necessary on its territory and has instead blamed the United States and the Washington-headed NATO military alliance for undermining the security situation in the region.

Last month, Moscow unveiled a wish list of security demands it argues needs to be met to calm the existing tensions.

However, many of the proposals are seen as non-starters in the West, in particular a call for NATO to give up military activity in Eastern Europe and Ukraine and never embrace the latter as a new member.

A bout of diplomatic talks between Russia, the US, NATO and other Western powers held in various European capitals last week failed to produce a breakthrough in the crisis.

On Tuesday, Russian Foreign Minister Sergey Lavrov said Moscow wanted answers on its security proposals from the military alliance and Washington before continuing talks over Ukraine.

“We are now awaiting responses to these proposals – as we were promised – in order to continue negotiations,” he said at a joint press conference with visiting German Foreign Minister Annalena Baerbock.

“Let’s hope these talks will continue,” he added.

US President Joe Biden’s top diplomat, Secretary of State Antony Blinken, was scheduled to fly to Kyiv on Tuesday ahead of a meeting with President Volodymyr Zelenskyy on Wednesday. Blinken will then head to Berlin to meet with officials from Germany, France and the United Kingdom on Thursday.

He will “discuss recent diplomatic engagements with Russia and joint efforts to deter further Russian aggression against Ukraine, including allies’ and partners’ readiness to impose massive consequences and severe economic costs on Russia,” the US State Department said in a statement on Tuesday.

Ahead of his trip, Blinken spoke with Lavrov by telephone on Tuesday and urged de-escalation, the department said in a separate statement.

In an interview with the Washington Post on Tuesday, US envoy to the United Nations Linda Thomas-Greenfield stressed that talks with Russia have not broken down, and that Washington is “continuing to engage” with Moscow.

But hopes for any imminent defusing of the crisis appeared slim, with the announcement of his trip coinciding with Russia and Belarus launching snap military exercises.

The Belarusian defence ministry said it was hosting the combat readiness drills because of the continuing “aggravation” of military tensions “including at the western and southern borders of the Republic of Belarus”.

Belarus borders Ukraine to the south and NATO member Poland to the west.

Neither Moscow nor Minsk has disclosed the number of troops involved in the military exercises, but a video published by the Belarusian defence ministry showed columns of military vehicles including tanks being unloaded from trains blanketed in snow.