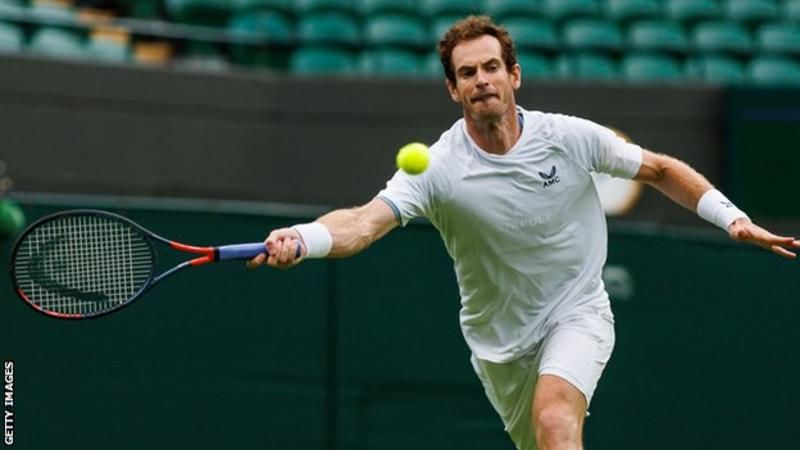 Murray had 'lot' of rejections before Lendl return

Andy Murray says he was turned down by a "lot of coaches" before reuniting for a third spell with Ivan Lendl in March.
The partnership previously yielded all of Murray's major wins - two Wimbledon titles, a US Open and two Olympic golds - before his long-running hip issues.

The Scot, 35, is "grateful" Lendl still believes in him and is optimistic of being fit for his Wimbledon opener on Monday after an abdominal strain.

"Obviously having Ivan in my team helps," said Murray.

"We've had a lot of success in the past, we know each other well and he still believes in me. There's not loads of coaches and people out there that have done over this last period, but he has.

"For the most part in my career, when I had conversations with potential coaches it came off most of the time.

"Whereas this time round, I got turned down by a lot of coaches so that was obviously difficult to deal with.

"I don't know how many you'd say were really top level, who would be able to help you win the major events.

"So that's also why I'm grateful Ivan has come back to work with me and help me try and achieve what I want to achieve."

Murray missed Queen's after suffering an abdominal strain in his ATP Stuttgart final loss to Matteo Berrettini a fortnight ago and his participation at Wimbledon had been in doubt as he was not able to practice his full repertoire of shots.

Those fears have now receded significantly, though, after Murray revealed recent practice sessions were much more positive, including a hit with British number two Dan Evans.

The former Wimbledon champion is taking confidence from his run in Germany where he defeated Stefanos Tsitsipas and Nick Kyrgios on his way to the final.

"I think I showed a couple of weeks ago that there's still good tennis left in me," he added.

"I beat a guy [Tsitispas] in the top five in the world and I was neck and neck, before the injury, with Berrettini who's one of the best grass court players in the world.

"I've been doing pretty well in practices so I know the tennis is in there. I just need to bring it out during the event now."
Add Comment