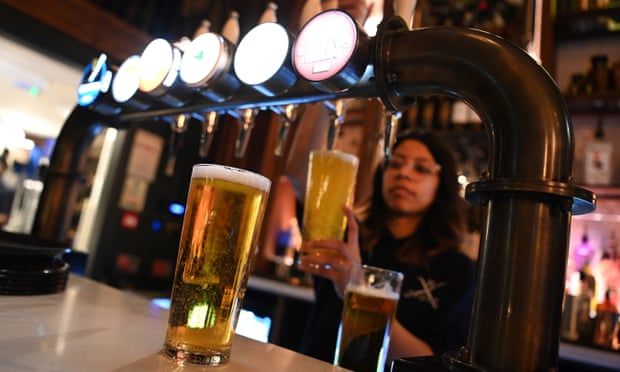 Alison Thewliss said it was “unusual” to be propositioned by lobbyists rather than an MP, even if there may have been merit in such a cross-party group.

The MP was speaking after it was revealed last week that more than £13m has been poured into a growing network of MPs’ interest groups by private firms – fuelling concerns over the potential for backdoor influence.

In emails to Thewliss in 2019, a lobby group called Connect Communications said sponsorship was needed “to make the group viable”.

One of the emails, which were first published by openDemocracy, read: “We’re very keen to get it off the ground and hope to have you involved … We’ll keep you updated as we gage [sic] interest from other MPs, and once we begin talking to external organisations about sponsorship.”

Connect Communications, which is co-owned and run by the former Labour MP Andy Sawford, currently runs 15 APPG secretariats. The secretariats of APPGs, of which there are now 755, arrange meetings and trips for members and sometimes cultivate potential funders.

A spokesperson for the company said: “In 2019, there was an initiative from parliamentarians and outside organisations to form an APPG on the night-time economy and Connect were involved in these discussions.

“Connect offered to provide secretariat services, to support good practice and compliance with the rules on APPGs, although this was not taken forward and we are not involved.”

A night-time economy APPG was subsequently established with the help of a different lobbying firm, Tendo Consulting.

The APPG received more than £7,500 worth of “benefits in kind” from the Night Time Industries Association (NTIA), which acts as the group’s secretariat, last year. The NTIA says on its website that it “lobbies nationally” on behalf of the pubs and clubs it represents across the UK.

The APPG last year published a 46-page report on the impact of Covid on the industry, calling on the government to extend tax breaks for the sector. Although described as ‘an APPG inquiry’ the report was researched by Tendo Consulting and funded by the NTIA.

Thewliss, SNP MP for Glasgow Central, who chairs three APPGs, said she believed there is a pressing need for greater transparency more broadly about the funding of APPGS and the role of commercial interests.

She said: “Some of them clearly do attract quite a lot of money. It is difficult for MPs to run these things – in offices it takes up our own time and can be quite burdensome but if you have another organisation funding it you need to have that transparency and ask questions about the outcome of it.”

Jeff Smith, the Labour MP who chairs the APPG, told openDemocracy the report was “a good piece of work which gives an accurate reflection of the plight of the industry at the time”.

On its involvement in the report, Tendo said it had “a wealth of experience in research techniques and knowledge across numerous sectors of the UK economy”. The NTIA said Smith had “provided his input and ultimately signed it off.”

Tendo, the NTIA and Smith have been approached for comment.

A former Liberal Democrat MP who now chairs a pressure group campaigning for democratic reform said that the investigation last week had reported on what he described as an “unsavoury aspect of APPGs: the influence lobbyists funded by industry can buy”.

Tom Brake, who was deputy leader of the House of Commons during the coalition government, also suggested MPs should be banned from membership of the groups seeking to influence policy in areas where the MPs had a personal financial interest.

The veteran Labour MP and former shadow chancellor John McDonnell said that the investigation “exposes deep concerns about the role of APPGs.”

He added: “There now needs to be a full and independent inquiry into their role. We need to ensure that there are not just proper standards and procedures but proper policing of these groups.”
#Covid
Add Comment