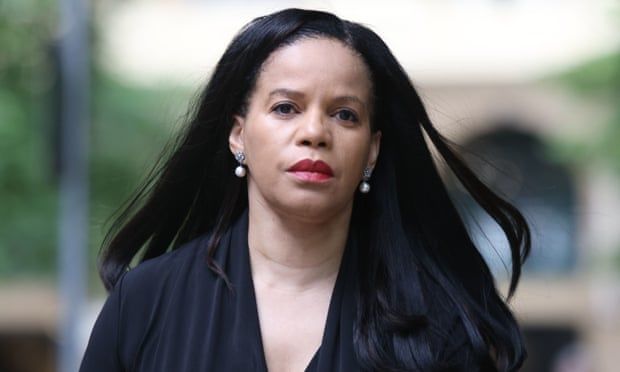 Court hears of ‘obsession’ of Leicester East MP, who was given suspended 10-week jail term in November
The MP Claudia Webbe, who was found to have harassed a woman because she was jealous of her relationship with her partner, has begun her attempt to overturn her conviction.

Webbe, 57, the independent MP for Leicester East, was handed a 10-week jail term, suspended for two years, at Westminster magistrates court in November after she was found guilty of harassing Michelle Merritt.

Webbe is appealing against her conviction and sentence, at a hearing in front of Judge Deborah Taylor and two magistrates at Southwark crown court.

Opening the case on Thursday, Susannah Stevens, prosecuting, said the reason for the harassment was Merritt’s friendship with Webbe’s boyfriend, Lester Thomas.

The court heard that the campaign began with silent phone calls in September 2018, then “escalated” on 31 March, Mother’s Day, the following year, when Webbe questioned why Merritt was in touch with her boyfriend.

“This appeared to be her obsession,” said Stevens. “The fact Ms Merritt should not be seeing or having contact with Lester Thomas.”

Merritt said Webbe started calling her names: “She called me a slag and a slut. [She said] ‘Stay away from Mr Thomas’ and ‘You’re a slag and you should be acid.’

“She said she knew where I lived and [asked] why was I sending pictures of my tits and pussy to Lester. [She said] ‘I’m going to send them to your daughters.’”

Merritt said she felt “horrible”, adding: “I certainly didn’t want to be harmed in any way. I was very frightened and shaking.”

She said she called police and told them: “I have been threatened by a public figure with acid.”

The court heard that Merritt received 17 further phone calls lasting 14 seconds or less from Webbe after the MP was warned by police to stop contacting her.

In a phone call recorded by Merritt on 25 April 2020, Webbe was heard saying: “I have seen all of your naked pictures.”

In the recording, Webbe said: “Get out of my relationship, otherwise I will tell your whole family and show them all of your pictures.”

Stevens said: “It was this jealousy that caused her to threaten Ms Merritt and to say deeply distressing things to her.”

Webbe entered the Commons as a Labour MP in December 2019, winning the seat formerly held by Keith Vaz, the Labour veteran who retired from parliament in the wake of a scandal.

Labour has previously said the party will push for a recall petition to force a byelection if Webbe does not step down but will have to wait until the outcome of her appeal.