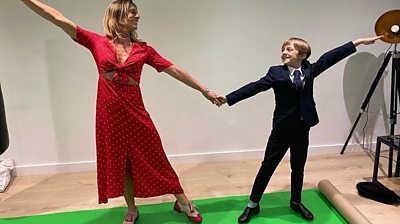 When the pandemic hit, choreographer and dance teacher Lizzi Gee found herself out of work.

In order to stay positive and keep busy, the mum-of-two from Thames Ditton decided to use her new-found spare time to teach her son Rufus to tap dance.

Now the eight-year-old has become a dancing sensation. Their mother and son routines attract millions of hits online.