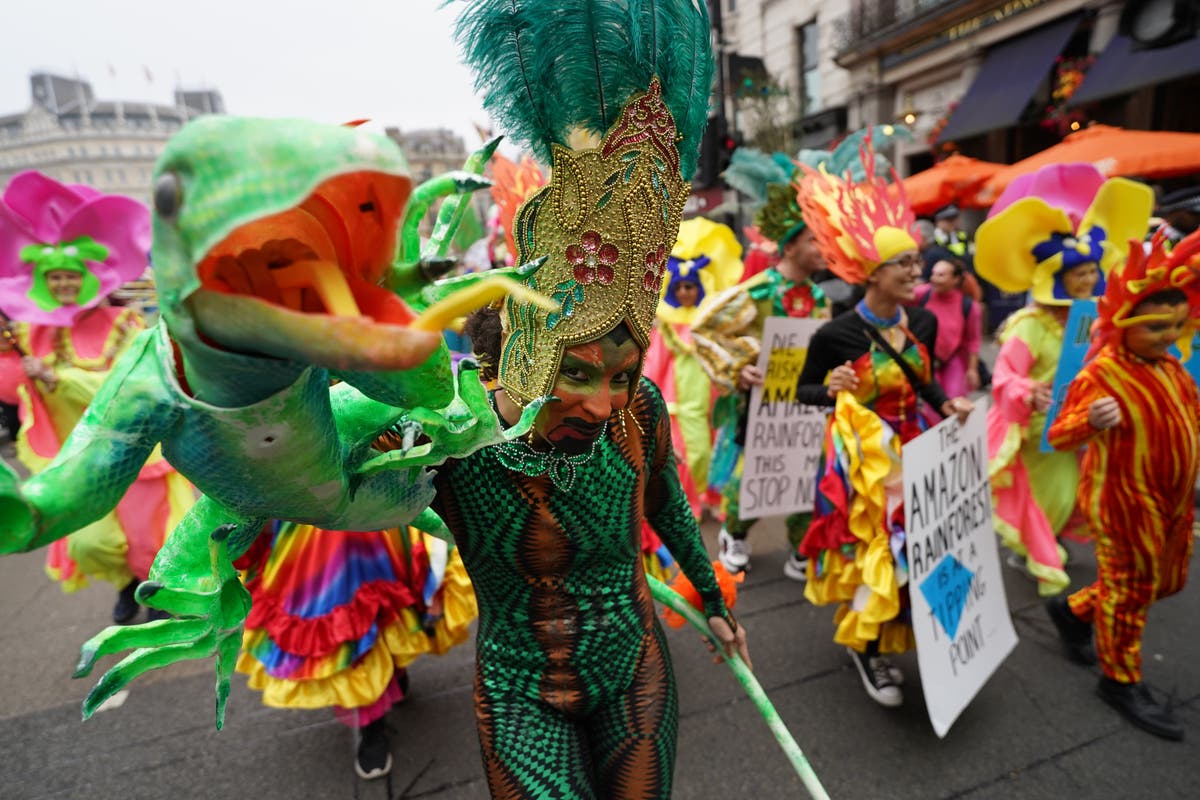 More than 500 arrested as Extinction Rebellion protests continue in London

The Metropolitan Police said as of 6.30pm on Saturday, there have been 508 arrests in the capital since August 23.

The Metropolitan Police said as of 6.30pm on Saturday, there have been 508 arrests in the capital since the environmental group began its action – dubbed the Impossible Rebellion – on August 23.

It comes after another wave of demonstrations from Animal Rebellion and Nature Rebellion at Trafalgar Square on the first day of the weekend.

The group – which “stands in solidarity” with Extinction Rebellion – met at the London landmark during the afternoon for its “March For Nature”.

Protesters could be seen in colourful costumes holding signs such “The Amazon Rainforest Is At Tipping Point”, “Indigenous Emergency” and “Act Now”. 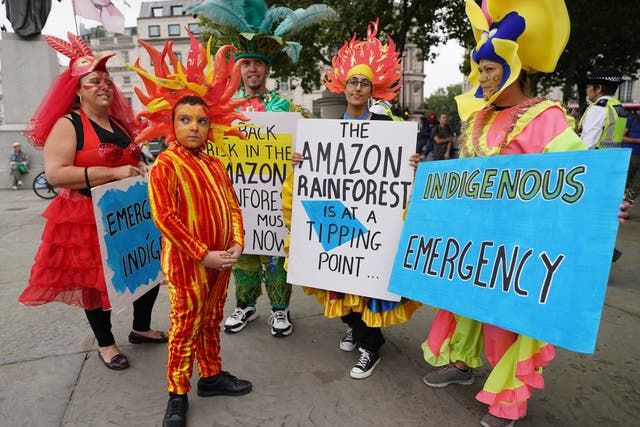 Extinction Rebellion also shared clips on social media of campaigners sitting in the road and holding signs to block traffic across the capital.

It comes after Deputy Assistant Commissioner Matt Twist said nearly 2,000 officers have been involved in policing the activists every day.

Mr Twist told Times Radio on Friday: “It’s not the numbers of protesters but it’s the level of serious disruption that they’re looking to cause, which is impacting on other Londoners

“We’ve said right from the start, we know that Extinction Rebellion have the right to protest and the right to assemble.

“But what we also made clear is these are qualified rights and they have got to be balanced against the rights of the rest of London and Londoners, the people, the businesses, the communities who want to lawfully go about their business.

“Where we’ve seen cases of both very serious and totally unreasonable disruption looking to be caused, we have to take action and move in and make arrests.”