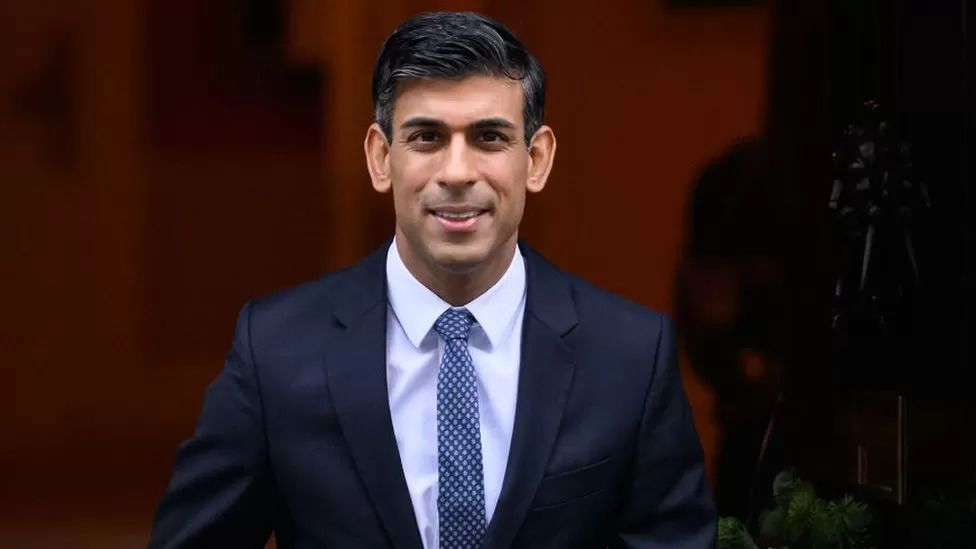 Prime Minister Rishi Sunak has promised to leave no stone unturned in the government's attempts to tackle mounting problems in the NHS.
With the backlog in hospital treatment rising and delays in A&E and ambulance response times worsening, Mr Sunak said he would get on top of the challenges.

It comes as a taskforce has been set up to make more use of the private sector and reduce waiting lists.

He said: "What people want from their politicians is action to make a difference to their lives - and I am here to tell you we are going to make that difference."

Mr Sunak highlighted the extra money being made available - a £500m winter fund is being distributed to hospitals - to increase bed capacity and provide more support in the community.

This would help reduce the problems in emergency care, including waiting times for ambulances, he said.

And tackling the backlog in routine treatment - more than seven million people are currently waiting for treatment in England - was a key priority.

The government is setting up 19 more diagnostic centres in communities across England to help tackle the Covid backlog.

Ninety one are already open and have delivered more than 2.4 million tests, checks and scans since last summer, ministers say.

It is hoped the centres will speed up access to services for patients, thereby reducing waiting times.

Although the number of people waiting longer than two years for routine operations in England has fallen dramatically since January, health experts say there is still a mountain to climb to reduce the numbers waiting more than a year.

Winter is likely to bring more delays and pressure, particularly with strikes by NHS nurses and ambulance workers also planned in December.

A taskforce, made up of academics and health experts, has been set up to help reduce reduce waiting times by unlocking space in private hospitals. It met for the first time at 10 Downing Street on Wednesday.

GPs can refer patients to community diagnostic centres so that they can access life-saving checks and scans, and be diagnosed for a range of conditions, without travelling to hospital.

Some are located in football stadiums and shopping centres and can offer MRI and CT scans, as well as x-rays.

In September, according to the government, the hubs delivered 11% of all diagnostic activity - and its ambition is for 40% to be achieved by 2025.

The government wants to eliminate 18-month waits by April 2023, and waits of longer than one year by March 2025.

It has committed to investing an extra £8bn into health and social care in 2024-25.

NHS England's national director of elective recovery, Sir James Mackey, said NHS staff were working "incredibly hard" to tackle the Covid backlog, adding that it was important to continue to use the independent sector to get waiting lists down.
#Covid
Add Comment