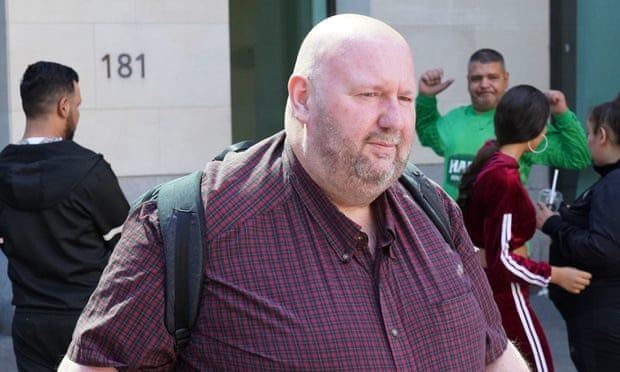 Martin Sargeant, former operations manager at the diocese of London, is accused of fraud and money laundering
A former Church of England official charged with defrauding a charity of more than £5m has been accused of clocking up more flights than Alan Whicker, the late globetrotting broadcaster.

Martin Sargeant, 52, who was operations manager for the diocese of London from 2008 until August 2019, when he retired, and clerk of the City church grants committee, is accused of defrauding the charitable trust of about £5.2m over 10 years.

He is also charged with money laundering after he allegedly spent the money intended for the trust, set up in 1891 to fund the restoration of churches, on gambling and more than 180 British Airways flights.

His alleged jet-setting prompted a comparison to Whicker, who presented Whicker’s World, which ran from 1958 to 1994, first on BBC and later on ITV.

Whicker, who won two Baftas and was given a CBE for his services to broadcasting before his death in 2013, reported on stories around the world, including interviewing the Haitian dictator François Duvalier and the American billionaire John Paul Getty.

Malachy Pakenham, prosecuting, described Sargeant’s alleged activities as “quite an achievement”, telling Westminster magistrates court: “I should imagine even Alan Whicker in his day wouldn’t have clocked up as many flights as this defendant did over this period.”

Sargeant appeared in the dock on Friday, where he spoke to confirm his name, date of birth and address in Dudley, West Midlands. He did not give any indication of his plea when charges of fraud by abuse of position and money laundering were put to him.

The charge of fraud alleges Sargeant abused his position as operations manager to gain the sum between 1 January 2009 and 31 December 2019.

He is accused of fraudulently requesting funding grants for dysfunctional churches to steal the money by transferring it through church bank accounts that he controlled through work.

It is alleged the money was subsequently put into accounts under his name that he controlled and then spent. Pakenham said he used the money on “personal entertainment or frivolous things like gambling”.

It was decided the charges were too serious to be handled in a magistrates court and that it would be sent to Southwark crown court where Sargeant is due to appear on 2 September.

He was granted bail on condition that he does not leave the UK, lives at his address and refrains from contacting any diocese of London employees.
Add Comment